Stokes Nielson’s tweet about his podcast, “The Spirit of Humanity,” which raises questions about former Governor and possible U.S. Senate hopeful Bill Haslam relative to gas tax increases, goes viral with over a half million impressions within hours of its pre-release.

As reported by The Tennessee Star, Stokes launched a new issue advocacy initiative called Stokes For Tennessee Freedom to provide a two-way dialogue on issues that could impact Tennessee citizens. 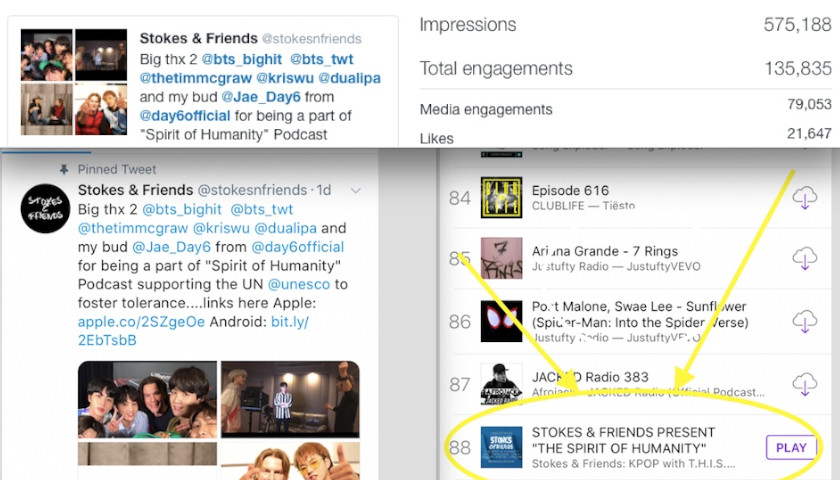 In a press release about the podcast, Stokes said that, per his normal practice, he tweeted out the podcast episode to his followers in a pre-release on Tuesday, February 26. Within hours, the tweet had gone viral with nearly 600,000 impressions, which “propelled the episode immediately into the Top 100 of Apple Music Podcasts,” reported Stokes.

According to the award-winning songwriter and producer, Stokes, when he inadvertently encountered a fiery street protest in Paris about the gas tax in France, he didn’t know it would lead to a viral tweet and a discovery of a U.S.-wide gas tax increase trend that may be connected to former Tennessee Governor and possible U.S. Senate candidate, Bill Haslam.

As Stokes states in his press release about the podcast, “After encountering the gas tax protest in Paris, Stokes discovered that there was controversy in his own state of Tennessee regarding former Governor Bill Haslam’s 2017 gas tax increase and how that legislation related to the Haslam family business.”

With the gas tax collected at the pump, “Pilot has 20 to 50 days to remit those taxes to the State.”

Stokes points to the initial controversy over that as “The allegation by media sources that Pilot can ‘play the float’ by making money off of the interest of taxpayer money before they remit the tax money to the State of Tennessee.”

Stokes’ unique take on the issue, “The broader controversy is the enacting of several gas tax increases in states over the years where Haslam had relationship as head of a multi-state governor’s association, and where there are more than 30 Pilot Flying J locations in each of those states.”

As reported by The Star, Haslam was elected in November 2017 by his fellow governors to serve as the Chairman of the Republican Governors’ Association for a second time in four years.

Stokes continued that the Haslam influence “includes the state of Ohio, where Governor DeWine recently announced a plan to enact a new hike in the Gas Tax. The Haslams are substantial financial donors to Governor DeWine’s campaign, as reported by the Cincinnati Enquirer.”

Indeed, the advanced search function of the Ohio Secretary of State website reveals that between 2017 and 2018, Haslam family members contributed over $80,000 to the campaign fund of DeWine Husted for Ohio. The dual name represents the combined Republican ticket of Mike DeWine and Jon Husted as his running mate in the primary for governor.

In office for less than six weeks, Ohio Governor DeWine proposed an 18-cent increase or a 64 percent increase to the current 28-cent gas tax, beginning July 1, 2019. Ironically, DeWine reportedly has told Ohioans the same thing Haslam said to Tennesseans, “There are no other solutions outside a gas tax increase.” 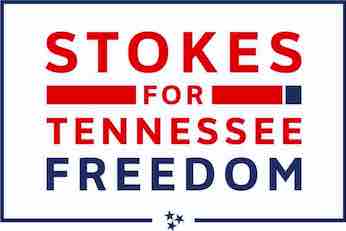 In his podcast, Stokes says how this relates to his “Spirit of Humanity” message is, “Part of dignity is the respect of others’ work and the money that they make. And, if you are a politician in this country, you really shouldn’t be advocating for taxes that can benefit a business that belongs to your family. That’s not respecting other people’s hard work and money.”

Rather than just raising the issue, Stokes questions, “What’s the action side of that?”

Answering his own question, Stokes responds, “I do think the Tennessee legislature should pause on the gas tax, because I know that this is something that goes up every year.”

In the third year since its passage, the “IMPROVE Act” – Improving Manufacturing Public Roads and Opportunities for a Vibrant Economy – or the “2017 Tax Cut Act,” calls for an additional one-cent per gallon gasoline tax increase and three-cent per gallon diesel tax increase effective July 1, 2019, after already being increased in both 2017 and 2018.

Stokes continues, “I think the Tennessee legislature should pause and look into the overreaching element of this gas tax and how the Haslam family business may have disproportionately gained an advantage based on a law signed into effect and advocated for by a Haslam governor and how they have may have or currently be using their influence and contributions to get other states to increase their gas taxes.”

Giving the benefit of the doubt while still encouraging a deeper dive into the issue, Stokes concludes, “Now, it could be that these articles that came up when I did this search are not a full representation of what’s going on, and that’s why I think it’s the legislators of this state that should just take another look.”

“This could be a national U.S. issue.”

Pilot Flying J was embroiled in a years-long, well-publicized scheme relative to diesel fuel rebates to their customers, whereby 19 employees have been sentenced in the fraud case. None of the Haslam family has thus far faced charges. More recently, Pilot Flying J is seeking to break its advertising and sponsorship contract with ESPN as retaliation over less than favorable reporting on the Haslam-owned Cleveland Browns “dysfunctional” organization.