The taxpayer-funded Tennessee School Boards Association (TSBA) had $5.3 million in assets at the end of 2017 and paid its top two executives $499,000 annually in 2016, according to audited financial statements and IRS Form 990 reports.

The TSBA filed those reports, which The Tennessee Star obtained copies of this week.

Tennessee taxpayers contributed more than 85 percent, slightly more than $2 million, of the TSBA’s $2.3 million revenues in 2016 through Local Education Agencies (LEA- the formal name for public school districts in Tennessee) dues and no bid contracts.

The no bid contracts were a gift to the TSBA, which was organized way back in 1939, provided by the Tennessee General Assembly in 1990.

“In 1990, the Tennessee Legislature mandated that school board members attend one full-day training session each year. The State Board of Education authorized the Tennessee Department of Education to plan and implement the program. The Department of Education contracts with TSBA to conduct all of the training. TSBA also conducts a variety of meetings, workshops and seminars throughout the year to inform board members and administrators about key issues and topics affecting public education, ”  according to the TSBA website. 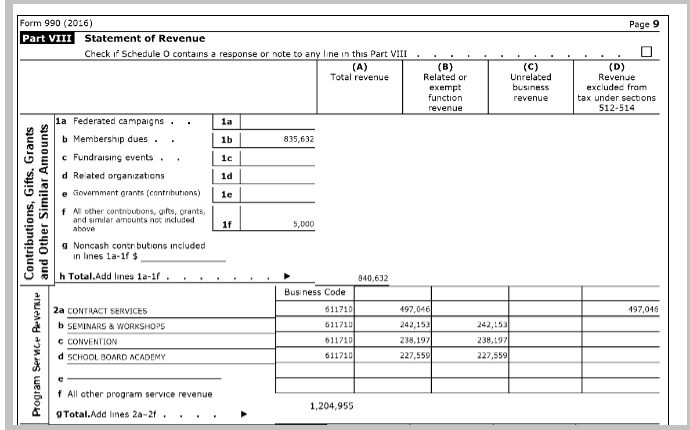 Sources tell The Tennessee Star that the TSBA has used these taxpayer-funded no bid contracts to provide training to school board members across the state to lobby for and promote policies that benefit the TSBA.

The most notable recent example of that is what appears to be an orchestrated effort by school boards across the state to oppose school vouchers. Since Bill Lee was elected governor in November 2018, school boards in Maury, Rutherford, Madison, Houston, and Wilson counties have formally opposed school vouchers. School officials in Nashville and Oak Ridge have done the same.

According to the TSBA IRS Form 990 for the year 2016, its top two executives, executive director Dr. Tammy Grissom and general counsel Randy Bennett, made more than $499,225 combined in 2016 in salary and benefits. These two individuals accounted for more than 50 percent of all TSBA payroll costs in 2016, and over 25 percent of all TSBA expenses that year. 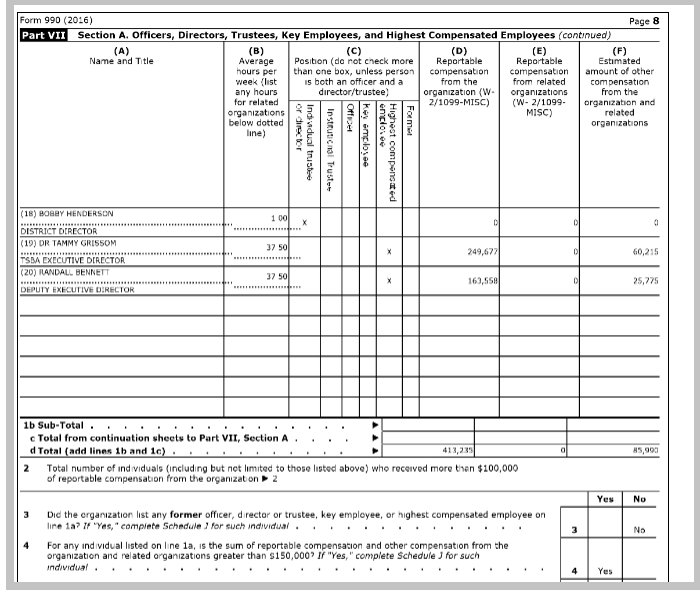 The TSBA had less than $206,000 in long term debt as of December 31, 2017. The organization had substantial current and long-term assets totaling more than $5.3 million, including $625,308 in cash, more than $2.6 million in exchange-traded mutual funds, and more than $1.6 million in real estate and other capital assets, as seen here on page 13 of the TSBA Audited Financial Statement for December 31, 2017: 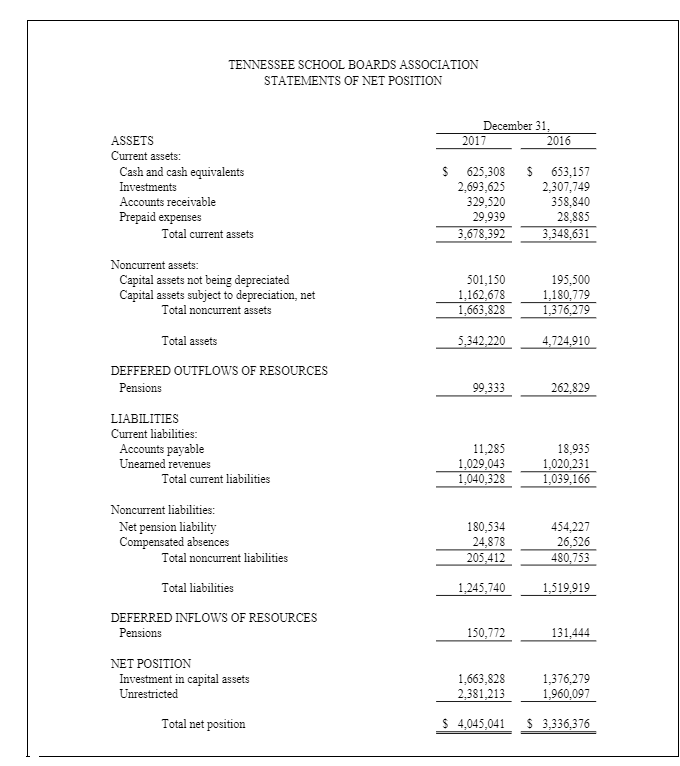 TSBA’s huge balance sheet enabled it to secure more than $390,000 in investment income in 2017 , which contributed substantially to its $708,000 profit (increase in net position) that year,  as seen here on page 14 of the TSBA Audited Financial Statement for December 31, 2017: 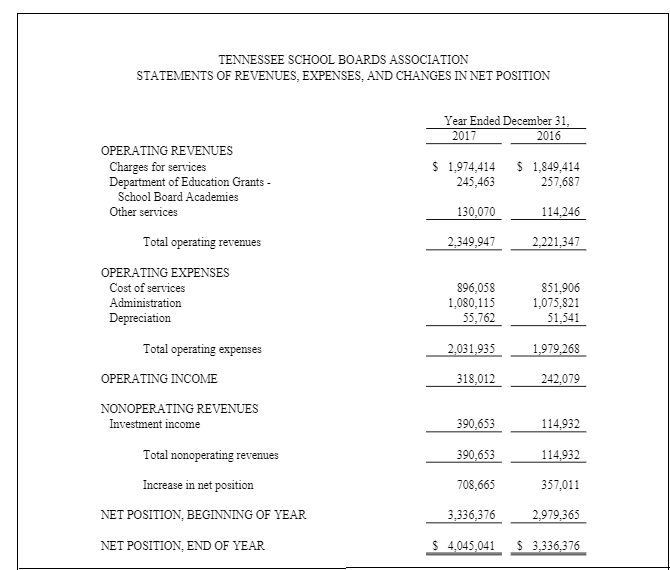 One curious aspect of the financial documents The Tennessee Star obtained  is the TSBA’s relationship with what it calls “Business Affiliates.” In 2016, according to page 9 of the TSBA 2016 IRS Form 990, it received $82,000 in revenue from business affiliates.

The TSBA adds this qualifier on the arrangement:

In the event that a fee constituting a percentage of sales is, or even possibly is, noncompliant with any law regarding a particular vendor or industry, then a lump sum fee shall be negotiated.

Among the many benefits Premier Business Affiliates receive are:

You can see a screen shot of the TSBA Premier Business Affiliates page taken at 8:00 pm on March 3, 2019 here: 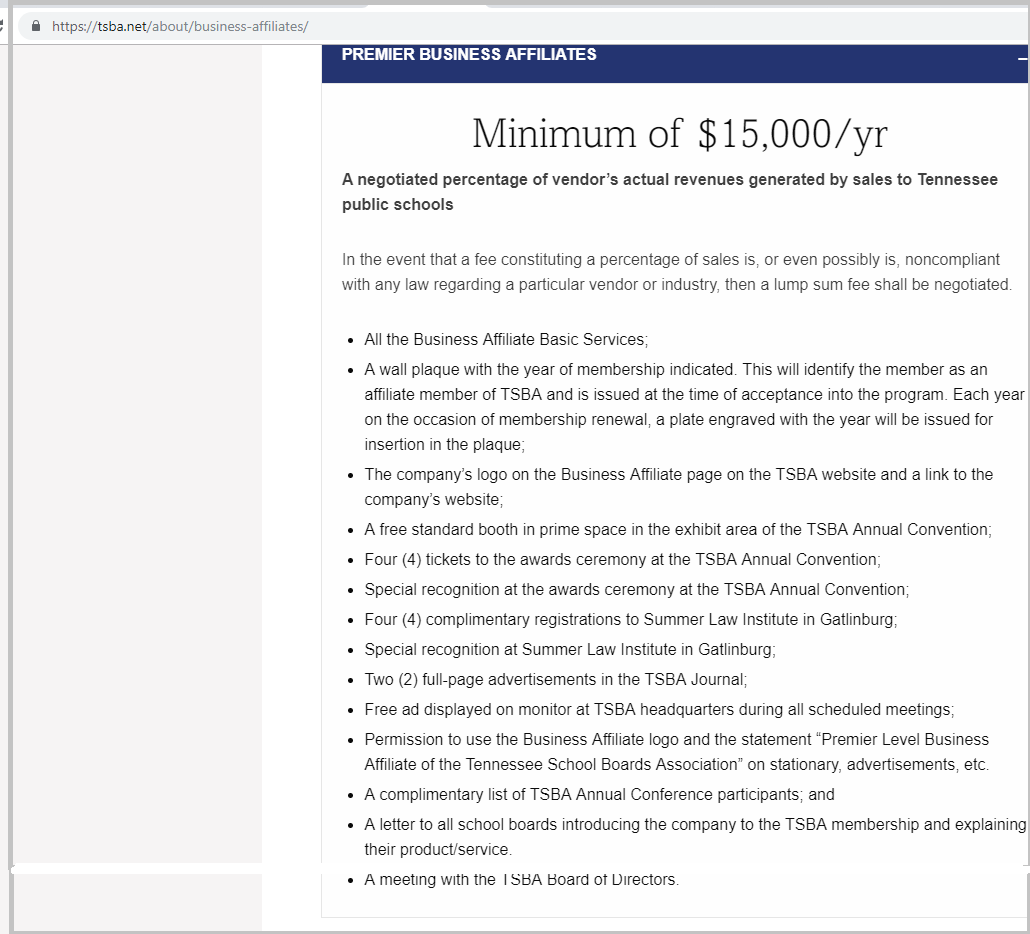 Such an arrangement raises a number of legal and ethical questions.

Only one entity was listed as a Premier Business Affiliate on March 3, 2019: Brentwood based Public Risk Insurors.

You can see a screen shot of the TSBA Premier Business Affiliate status of Public Risk Insurors taken at 10:00 pm on March 3, 2019 here: 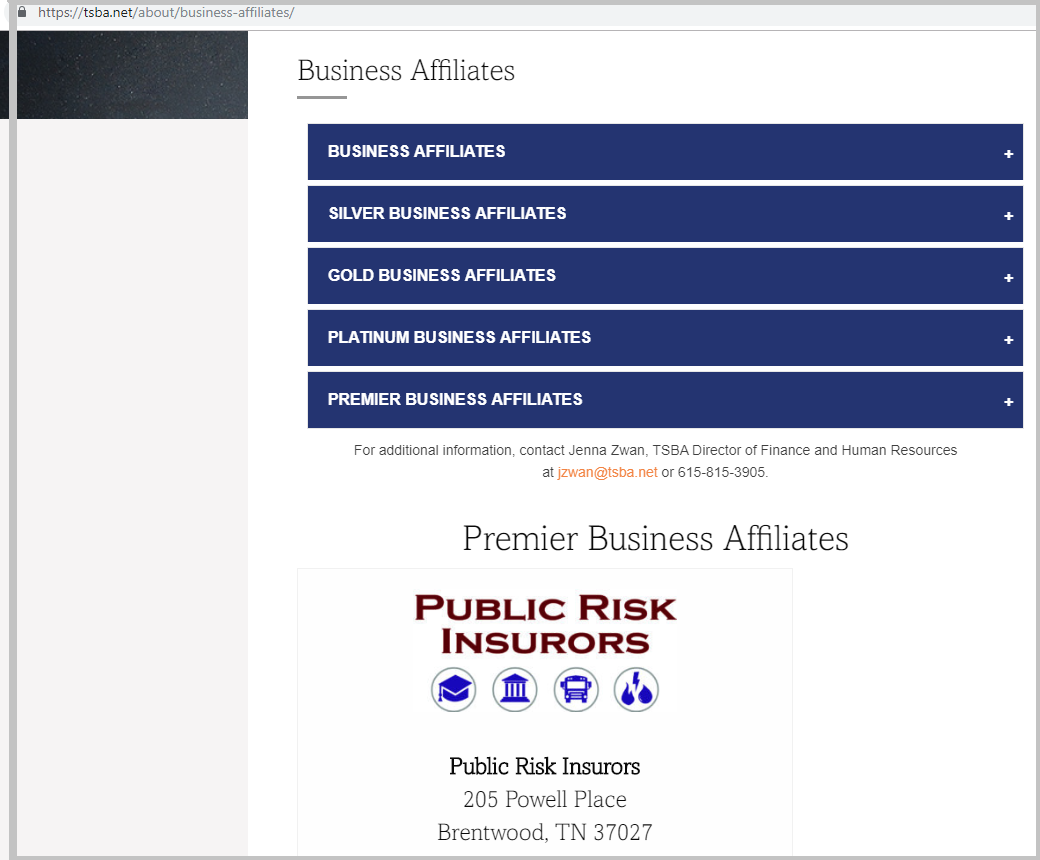 According to its website, “Public Risk Insurors is an independent insurance agency and broker that specializes in providing comprehensive and cost effective public entity insurance coverage for all types of public entities including cities, counties, school systems, utilities, human resource agencies, and non-profit organizations.”

Laura Jungmichel is the founder and principal of Public Risk Insurors.