The Tennessee State House has passed a bill (HB0077) on Thursday intending to provide protection of unborn children after a heartbeat is detected. The bill, introduced by primary sponsor State Rep. Micah Van Huss (R-Gray) at the beginning of this session of the Tennessee General Assembly, passed by an overwhelming margin of 65 ayes, 21 nays and 7 Republicans voting “present.” Governor Bill Lee and Lt. Governor Randy McNally have each expressed their support for the legislation. Tennessee Attorney General Herb Slatery has expressed reservations about the Constitutionality of the bill.

You can see that vote count, posted by State Rep. Jay Reedy (R-Erin) on Facebook shortly after the bill passed the House, here: 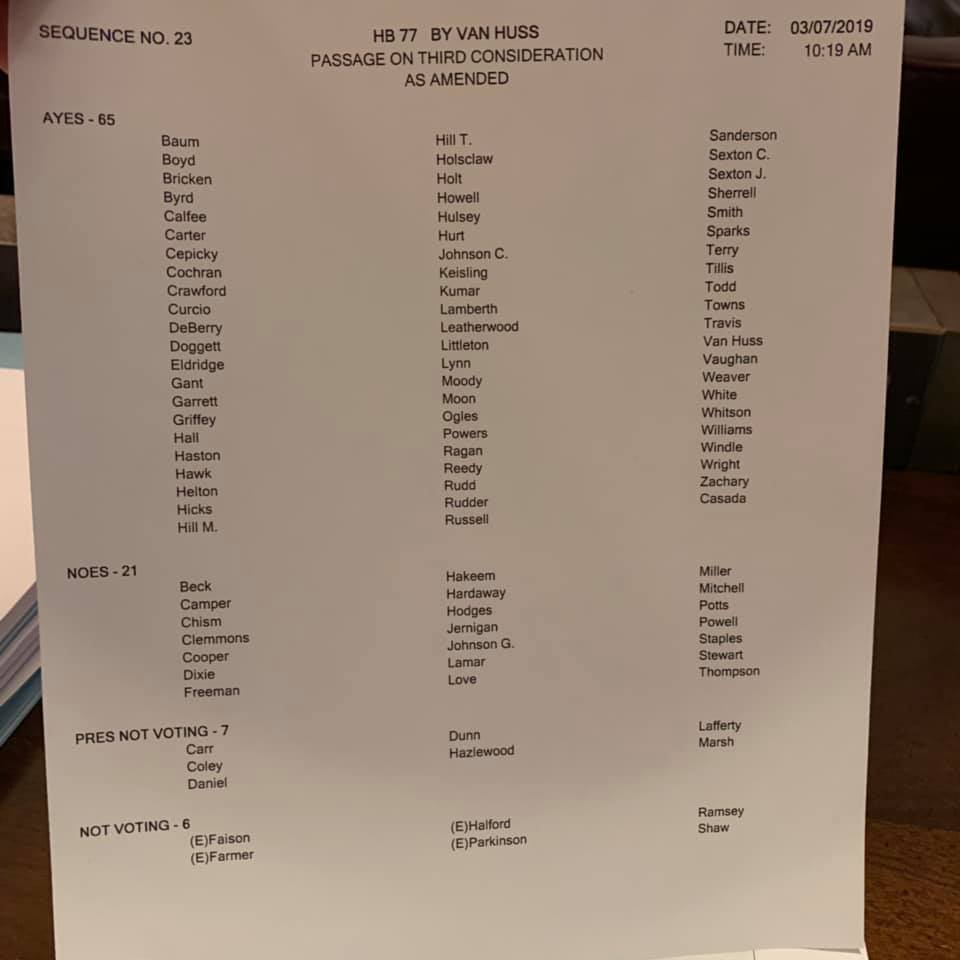 The bill will next be considered in the Senate Judiciary Committee. Senator Mark Pody (R-Lebanon) is the Senate sponsor.

Pody told The Tennessee Star that he will put the Senate bill “on notice” to proceed in the Judiciary Committee “next week,” meaning it will likely be heard the next week.

“Chairman Mike Bell heads the Judiciary Committee and he is in favor of the bill so it should move out of the Committee and to the Senate floor in the next couple of weeks,” Pody said. “If I get it to the Senate floor it will pass.” Pody also indicated that he had spoken to Governor Lee about the bill and that he assured him he would sign it if the Legislature passes it.