The Williamson County School System is serious about prioritizing its In-Service teacher training, so much so administrators spent 22 percent more on it for this 2018-19 school year versus the prior one.

According to the school system’s budget, administrators spent $689,989 on their In-Service/Staff Development training this school year.

Other budgeted items, including materials and supplies, got less than a 1 percent budget increase over the previous school year, while workers compensation insurance got a 2 percent increase. Budgeted liability insurance costs remained the same, while the school system’s building and contents insurance got a 17 percent decrease.

You can see the budget breakdown for In-Service training expenditures by Williamson County Schools from the 2013-2014 academic year to the 2018-2019 academic year here: 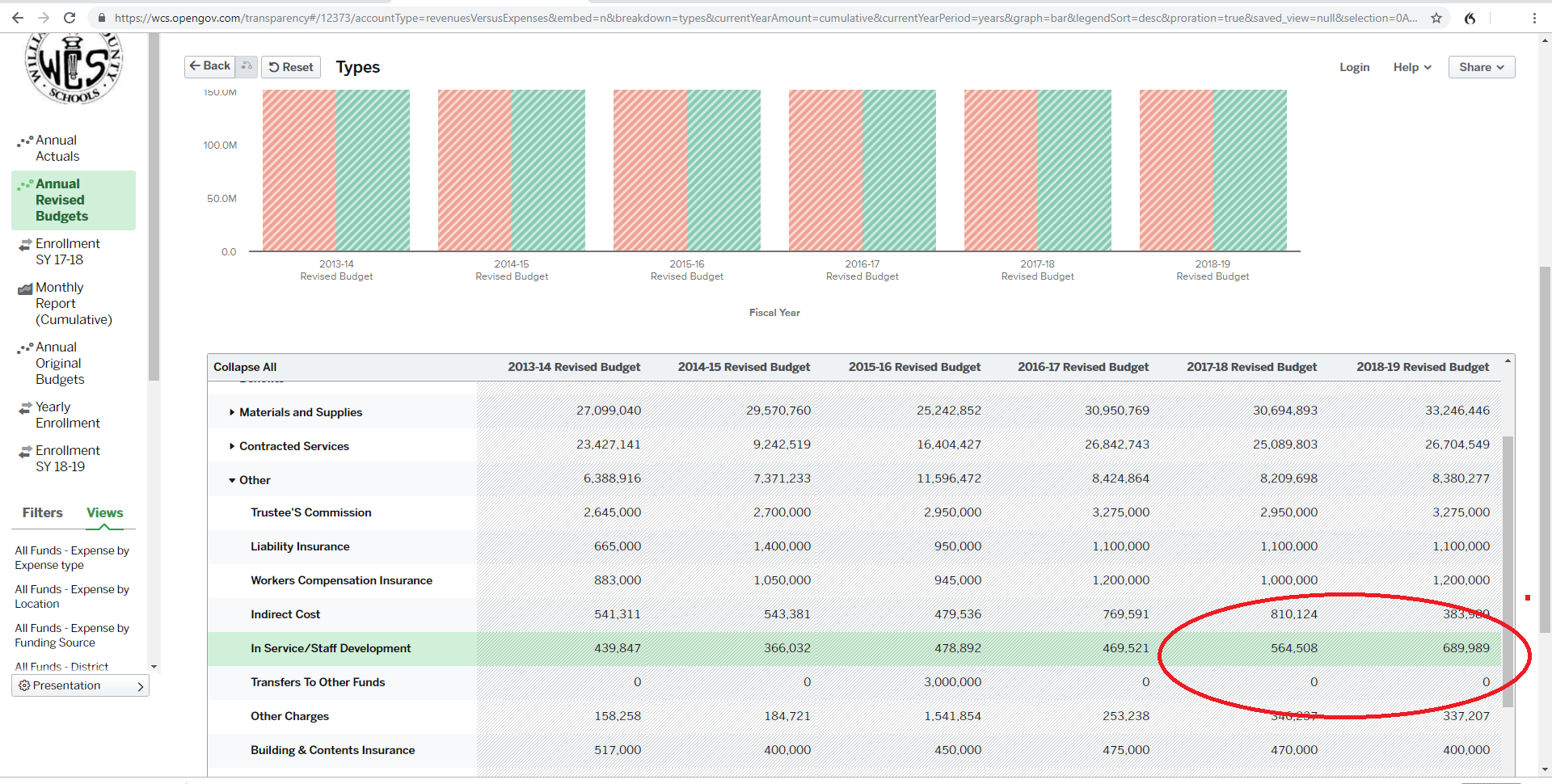 As The Tennessee Star reported this week, as part of this In-Service teacher training, Williamson County School System officials made teachers watch a video that tried to instruct them on how to teach students about “white privilege.”

The video does not identify anyone, nor does it make clear if these people are school system employees or county residents not formally affiliated with the school system. One man, though, identified himself as a school administrator.

In the video, they and the narrator discuss social justice causes, the perks white males supposedly have that others do not, America’s supposed dysfunctional history, and how unfair it all is. At the beginning, an unidentified female narrator encourages teachers to “recognize the construct of privilege and its implications.”

The Star confirmed teachers at at least one county school had to watch.

A few minutes in, a female appears and seems to go on a guilt trip about her supposed white privilege. She spoke of receiving things others have not and how she has a responsibility to share her privilege with other people.

Also, as The Star reported, Williamson County officials had the ultimate power to approve an In-service “white privilege” training curriculum for their teachers last month, said Chandler Hooper, spokeswoman for the Tennessee Department of Education.

“In-service days shall be used according to a plan recommended by the local superintendent of schools in accordance with the provisions of this section and other applicable statutes, and adopted by the local board of education,” the TDOE website said.

“A copy of this plan shall be filed with the State Commissioner of Education on or before June 1 the preceding school year and approved by him.”