Knox County Schools are spending $170,000 out of their $928,677 in-service budget on “cultural competency” training for teachers even as the Williamson County School System uses increased expenditures to tell white teachers they are over-privileged. 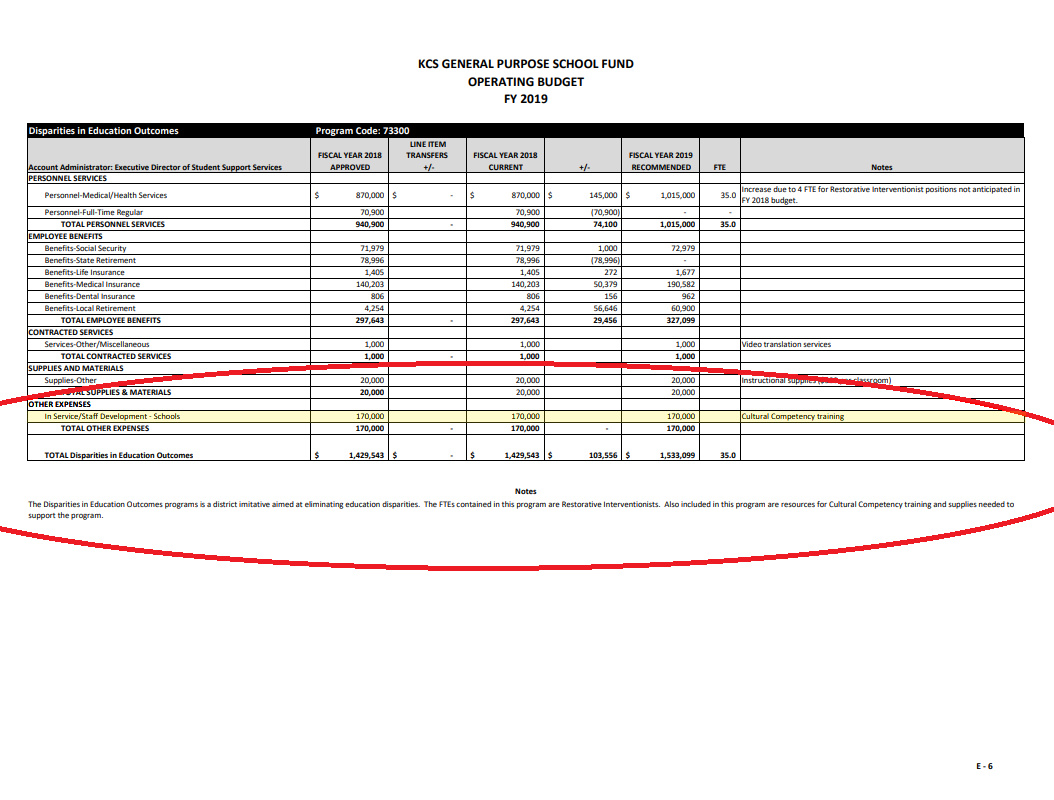 Knox County’s Fiscal Year 2019 expense is in the KCS General Purpose School Fund, under “Disparities in Education Outcomes.” The “In-Service/Staff Development – Schools,” is located under the “Other Expenses” line. The note for the $170,000 line item specifies, “Cultural Competency training.” The school budget details are here.

Another note on the page, E-6, says, “The Disparities in Education Outcomes programs is a district initiative aimed at eliminated education disparities. The FTEs contained in this program are Restorative Interventionists. Also included in this program are resources for Cultural Competency training and supplies needed to support the program.”

Knox County Schools’ general fund budget for 2019 was $484.5 million, an increase of $13.4 million from the previous year, according to the FY 2019 Knox County budget. 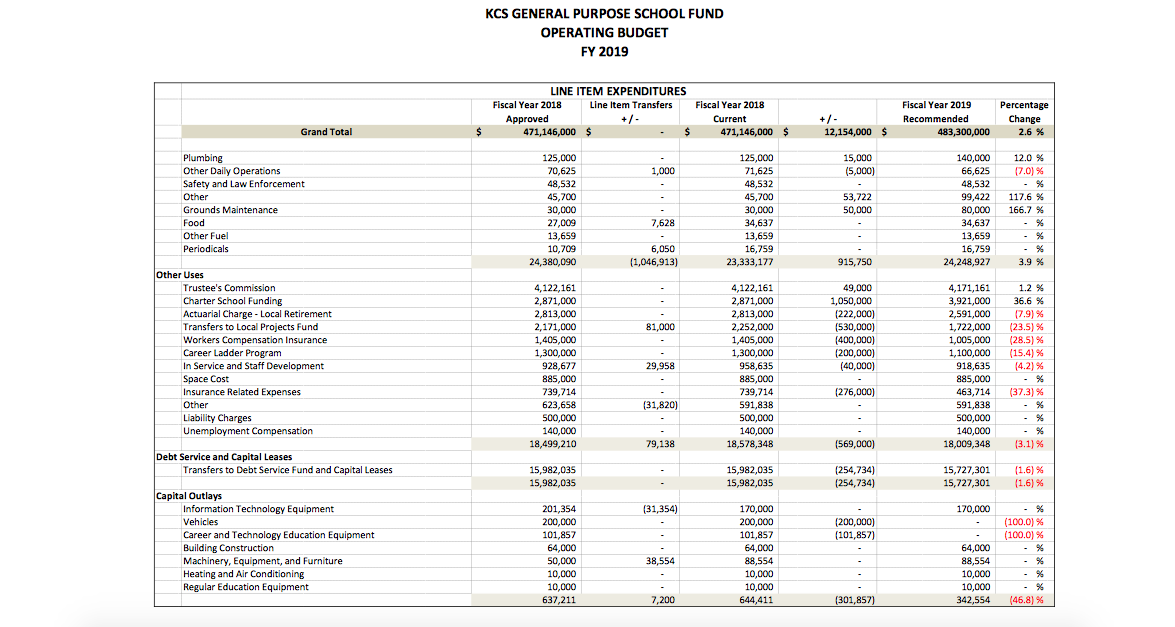 In 2016, a school board task force recommended ideas for cultural competency that took ideas from Knoxville Mayor Madeline Rogero’s Save Our Sons initiative, plus input gathered from Los Angeles and Nashville.

Knox County is not alone in Tennessee school districts investing in cultural competency training for teachers.

That increase paid for, among other things, an indoctrination video on white privilege, as The Star reported on March 6.

The 26-minute in-service training video is the third in a series and profiles several people whom the video describes as “Williamson County Voices.” Those people are not identified.

One man on the video says:

There are certain things that are like built in because, like, that’s how our country was founded in the sense, umm, you know it’s like this majority culture, like this, particularly white male culture has been in power for so long and it’s like, I mean, it’s hard to believe it wouldn’t be, some kind of structures in place to where, like, white men have, like, an advantage over women and over different minority groups because, you know, they’ve been in power so long, and so when I consider privilege it’s just, like I said, the fact that there’s no . . . your whiteness, for example, hasn’t been a structure that has held you back . (emphasis added)

The video is available to watch here.

As The Star reported on March 7, two Williamson County teachers resigned after it was revealed they had given students an assignment to pretend they had slaves. Superintendent Dr. Mike Looney reportedly held a parents’ meeting closed to the media prior to the resignations.