Williamson County Schools will send teachers to a series of workshops in Franklin this coming May that is a project of the Southern Poverty Law Center, according to a source.

Those workshops, called Teaching Tolerance, are scheduled for May 3 and May 4 at the Embassy Suites by Hilton in Franklin, according to tolerance.org

The event’s website clearly states that Teaching Tolerance is “a project of the Southern Poverty Law Center.”

“Social Justice 101” is one of the scheduled topics.

The move is seen as further evidence that Williamson County Schools superintendent Mike Looney, who created and launched a series of videos titled Williamson County Schools Cultural Competency Series that promote the concept of “white privilege” and the anti-American exceptionalism “privilege theory”–now required viewing by all teachers in the system during in-service training, has his own educational agenda.

The Teaching Tolerance project has a full time staff of 20 who are dedicated to teaching teachers about left wing views of America that are inconsistent with Gov. Bill Lee’s statement on March 4 at his State of the State address that Tennessee public schools will teach students “unapologetic American exceptionalism.”

The project’s website notes that “Teaching Tolerance Educator Grants support educators who embrace and embed anti-bias principles throughout their schools. These grants, ranging from $500-$10,000, support projects that promote affirming school climates and educate youth to thrive in a diverse democracy.”

School- and District-Level
These projects will focus on improving school climate, responding to and preventing incidents of hate, or embedding the concepts found in the Teaching Tolerance Social Justice Standards into the school- or district-wide curriculum.

These projects may also focus on improving teachers’ capacities to adopt the practices articulated in Critical Practices for Anti-bias Education and in our school climate resources, or to promote dialogue among school and district community members about anti-bias issues at school.

These projects offer teachers the resources necessary to create safe and welcoming classrooms that reflect the outcomes described in the Teaching Tolerance Social Justice Standards. Preference is given to projects that emphasize student action and promote student voice. 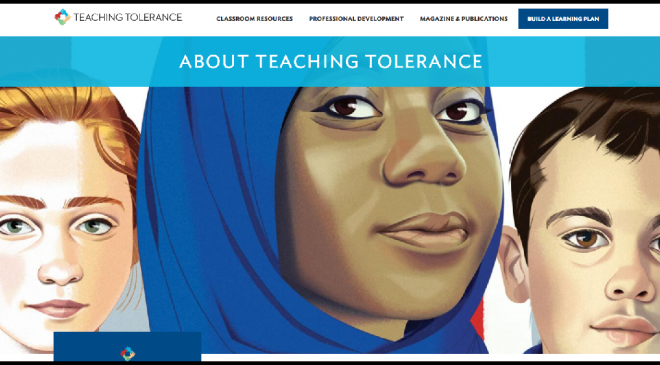 As The Tennessee Star, Investors.com, and several other news outlets have reported, commentators describe the SPLC as “a hate group on the left” that smears individuals and groups whose politics don’t align with their left-wing ideologies. The SPLC attaches labels such as “racist,” “white supremacist” and “extremist” to people and groups who don’t deserve them.

The SPLC event’s website describes the workshop as an interactive workshop to help teachers “implement anti-bias instruction in their classrooms.”

According to the source, a teacher in Williamson County Schools who requested anonymity, the school district will send a number of teachers to the SPLC seminar, including five from one high school alone.

“What’s worse, when I voiced concern to one of our principals, they were not even aware of what the SPLC was about,” the teacher told The Star.

Dennis Prager, an SPLC target, writing for Investors.com, said “all the SPLC does is politicize, and thereby trivialize, the fight against racism and other evils.”

“Any organization that labels Ayaan Hirsi Ali — the extraordinary Somali-American woman who devotes her life to fighting for oppressed women, especially in the Islamic world — an ‘extremist,’ as the SPLC has done, is not a moral organization,” Prager wrote.

“No wonder it just agreed to pay Muslim reformer Maajid Nawaz $3.4 million and issued a retraction for smearing him as an ‘anti-Muslim extremist.’”

Writing for The Washington Post, Marc A. Thiessen, said the SPLC smears good people with false charges of bigotry.

“The SPLC is a once-storied organization that did important work filing civil rights lawsuits against the Ku Klux Klan in the 1970s,” Thiessen wrote.

“But it has become a caricature of itself, labeling virtually anyone who does not fall in line with its left-wing ideology an ‘extremist’ or ‘hate group.’”

Thiessen went on to list people the SPLC has unfairly tarnished as dangerous including The Alliance Defending Freedom, which he said “is a respected organization of conservative lawyers dedicated to defending religious liberty.”

The SPLC also considers the Family Research Council and Ben Carson “as moral equivalents of the Klan” and has thus lost its integrity and credibility.

The Star’s anonymous source also spoke about the “white privilege” videos that school district officials have forced teachers to watch.

“Most teachers were appalled by this presentation [of ‘white privilege’ in the Williamson County Schools Cultural Competency Series: Module 3]. It was shown county-wide, at all schools, all grade levels, and Cultural Competency part 4 is coming soon,” the source said. (emphasis added)

“I understand Looney’s desire that all students are treated equally, but this is absolutely the wrong vehicle to get that done.

“It is being force fed.  Principal hires are often quota hires also, so if there is privilege in the county, it is definitely better to be a woman or minority to get hired or promoted,” the source added.

As The Star reported, Williamson County School System officials recently made teachers watch a video that tried to indoctrinate them on how to teach students about “white privilege.”

People who appeared in the video discussed social justice causes, the perks white males supposedly have that others do not, America’s supposed dysfunctional history, and how unfair it all is.

As reported, Williamson County Schools officials had the ultimate power to approve an In-service “white privilege” training curriculum for their teachers last month, said a spokeswoman for the Tennessee Department of Education.

The Williamson County School System is evidently serious about prioritizing their In-Service teacher training, so much so they spent 22 percent more on it for this 2018-19 school year versus the prior one.