The executive director of the Tennessee Organization of School Superintendents apparently does not use proper grammar on social media.

This, even as he publicizes an event he considers important. 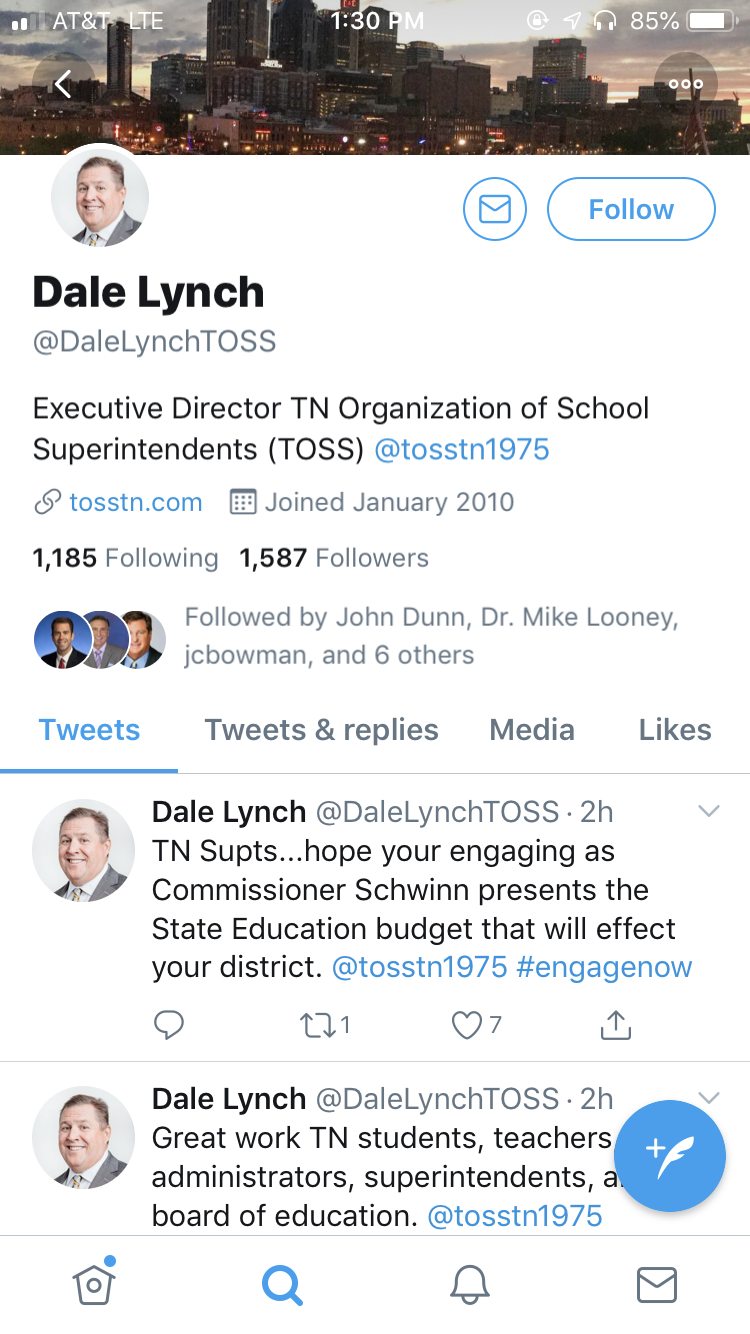 TOSS, according to their list of legislative priorities, oppose school vouchers that would help children in failing public schools.

“TN Supts…hope your engaging as Commissioner Schwinn presents the State Education budget that will effect your district. @tosstn1975 #engagenow”

If this tweet was on paper, and if an English composition teacher were grading it, he or she would doubtless grab his or her red pen and draw a circle around “your” and “effect.”

Using proper English, the tweet should have said ““TN Supts…hope YOU’RE engaging as Commissioner Schwinn presents the State Education budget that will AFFECT your district.

As for the difference between “affect” and “effect,” Vocabulary.com puts it this way:

“Choosing between affect and effect can be scary. Think of Edgar Allan Poe and his RAVEN: Remember Affect Verb Effect Noun. You can’t affect the creepy poem by reading it, but you can enjoy the effect of a talking bird.”

TOSS spokeswoman Sara Bunch told The Tennessee Star Wednesday she had no comment on the matter.

Later in the day, someone must have told Lynch about his big goof because he tweeted this:

“It’s been brought to my attention that I made a few errors in this tweet. Not the first time I’ve made a mistake, & certainly won’t be the last.  Glad to have grammar police friends like ‪@hassell_joey, ‪@BarryOlhausen, and others! Keep up the great work everyone. ‪@tosstn1975”

According to TOSS’ website, the organization “opposes any legislation that uses public funds to sponsor private school vouchers or education savings accounts.”

“Because we have yet to see the actual bill language for the Governor’s ESA program, we do not have an official position,” Bunch said in an emailed statement.

“However, as stated on our website, we are typically opposed to legislation creating vouchers/ESA programs.”

According to TOSS’ website, Lynch was the Hamblen County director of schools and has a doctorate of education from East Tennessee State University.

One Thought to “OFF THE RECORD: Executive Director of TOSS Uses Bad Grammar on Twitter to Encourage Superintendents to Lobby Education Commissioner on Budget”