The past several weeks have seen collective outrage at the revelation that some wealthy celebrity parents had paid bribes to gain unmerited admission for their children to elite colleges and universities. Criminal charges, lawsuits, and resignations have already resulted from the scandal. 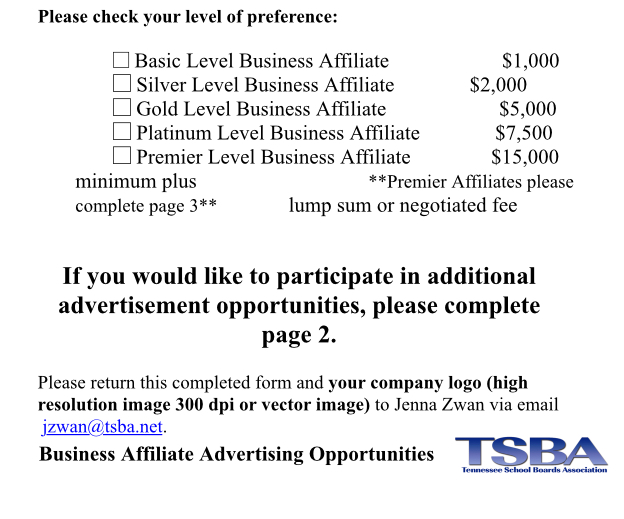 Few expect that the list of those involved in these sorts of efforts to get unqualified students accepted into the nation’s top schools with bribery and fraud to be limited to those identified so far. Investigations will certainly continue.

It is also abundantly clear that “pay to play” schemes are not limited to those photoshopping their unaccomplished child onto the faces of actual athletes in order to gain access to opportunities that might otherwise not be available. Here in Tennessee we see something remarkably similar. But instead of photoshopping the Tennessee School Boards Association actually publishes a price list to sell access to vendors seeking contracts with local school districts.

The TSBA “Business Affiliates” program encourages those seeking contracts for the sale of products or services to Tennessee school systems to pay the TSBA in order to gain “credibility with boards or school system personnel who make decisions regarding products.” To make it even more clear, TSBA points out: “The program makes choosing a vendor easier for school systems.” 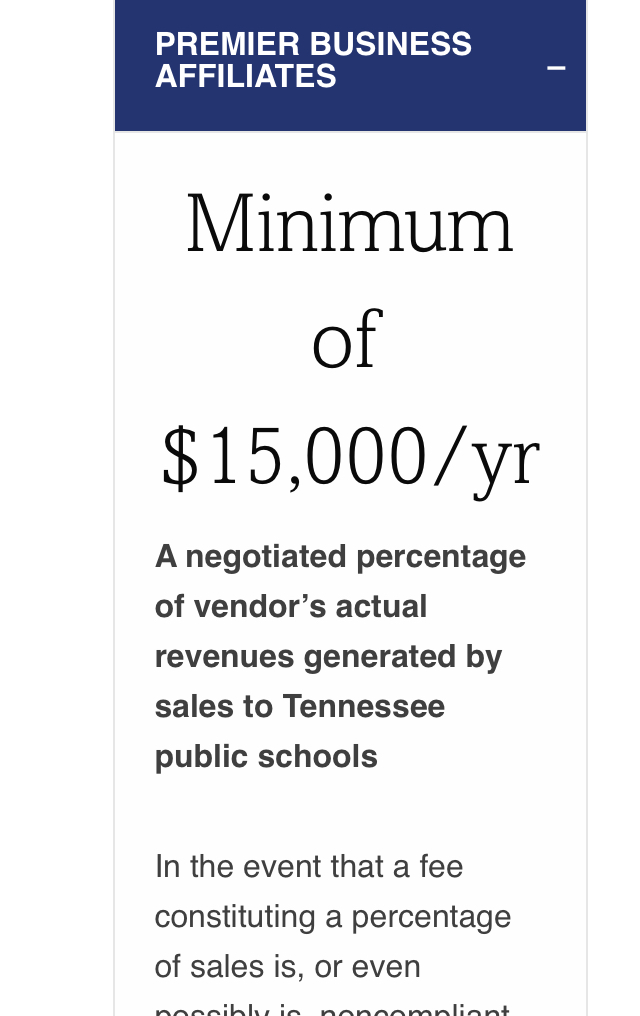 Relatively modest annual payments to the TSBA in the $1000 to $7500 range don’t really get a potential vendor very much. But for those willing to fork out the “$15,000 minimum” the benefits increase dramatically, including having a letter sent to all school boards “introducing the company to the TSBA membership and explaining their product/services.” In other words, these guys are part of the “pay to play” scheme.

But the scheme doesn’t just rely on a lump sum payment to TSBA. They first offer a “negotiated” kickback of a percentage of “vendor’s actual revenues generated by sales to Tennessee public schools.” The lump sum minimum of $15,000 a year only applies in “the event that a fee constituting a percentage of sales is, or even possibly is, noncompliant with any law regarding a particular vendor or industry, then a lump sum fee shall be negotiated.” They put this in writing, on their website.

Keep in mind that much of the money derived from this “pay to play” scheme is used to fund the lobbying efforts of the TSBA – in which they seek to obtain more taxpayer money through their contributions to and cajoling of state legislators. This scheme deserves immediate scrutiny from the Legislature and the Attorney General to provide a determination of whether or not it is legal. But the bigger scandal may be if it actually IS a legal form of bribery and kickbacks that is allowed to continue.

Steve Gill is the Political Editor for Tennessee Star and host of Tennessee Star Report airing weekday mornings 5-8 am on TalkRadio 98.3 and 1510 am WLAC in Nashville.

One Thought to “Steve Gill Commentary: ‘Pay-to-Play’ Schemes Not Limited to College Admissions When Vendors Can Pay School Board Association for ‘Leads’”