A joint committee of the Ohio House of Representatives and Senate was convened Wednesday in the hopes of reconciling the major divides in their respective transportation budgets. As they work towards a solution, one state think tank is reminding them not to forget the consequences Ohio citizens will face as a result of their decisions. 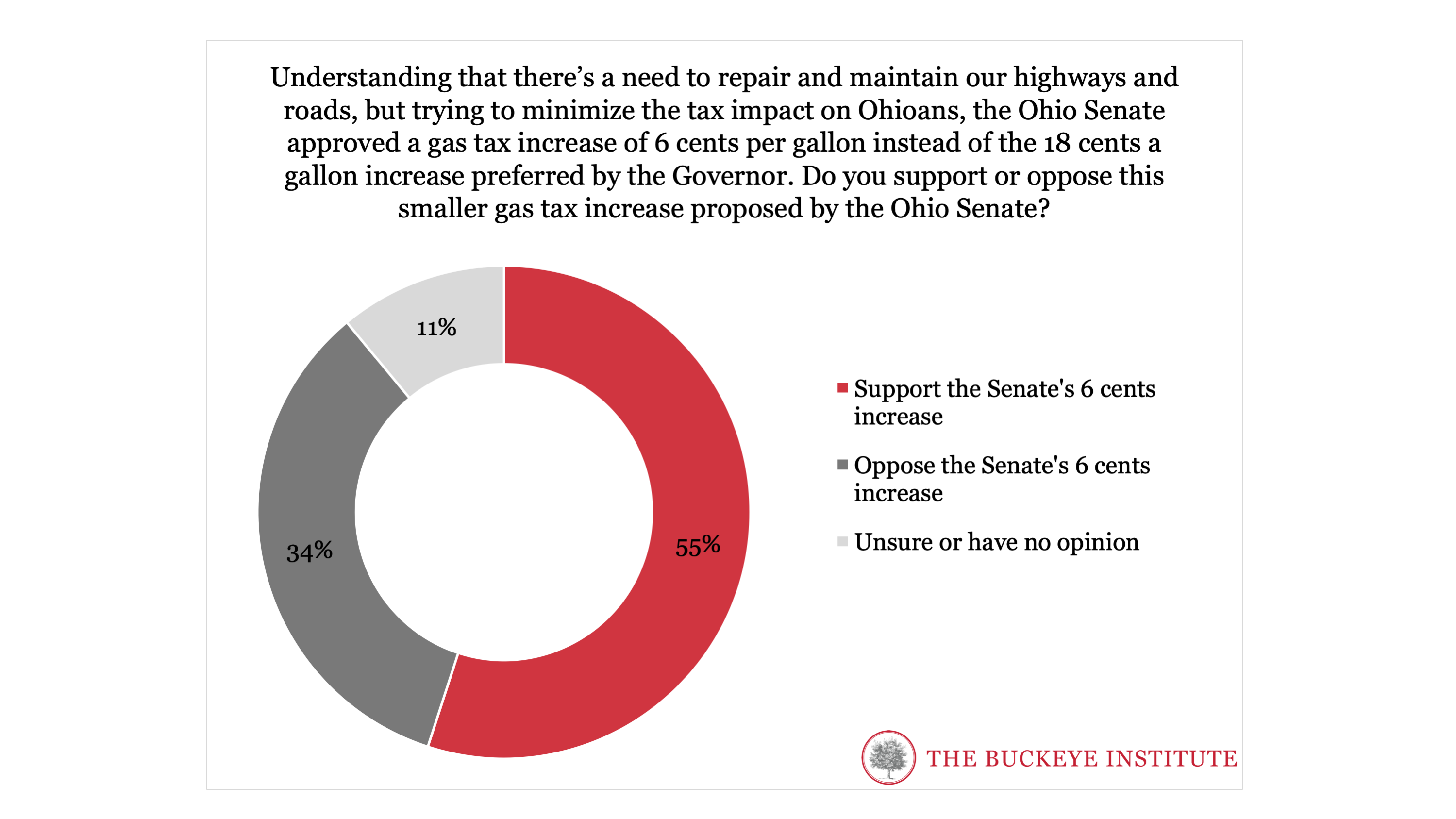 The Ohio House of Representatives revised the proposal to 10.7 cents and ordered it to be phased in over three years. Most recently, the Ohio Senate dropped the tax rate even lower to six cents. None of the proposals carry a complete tax offset. In this joint session, the legislators hope to reconcile differences, yet DeWine has maintained from day one that his 18 cent proposal is “a minimalist, conservative approach, with this being the absolute bare minimum we need to protect our families and our economy.”

The Buckeye Institute, an independent think tank whose focus is “to advance free-market public policy” has acknowledged that a gas tax increase is necessary, but is emphasizing that any tax increase must include three key points:

“Raising the gas tax places a significant tax burden on ordinary Ohioans, and the Ohio Senate deserves credit for offering some relief by expanding the Earned Income Tax Credit (EITC). But that action alone is not enough,” The Buckeye Institute said. “More work remains to be done by the General Assembly and the DeWine Administration to ensure that the total tax burden Ohioans face is not increased and that savings are found in other areas of the budget to offset any gas tax increase.”

The think tank believes that “additional tax cuts are possible if the General Assembly and the DeWine Administration redouble their efforts to reduce spending in non-essential areas.”

There are only four days left for the Ohio Legislature to reach a consensus. Should they fail to do so, the hike will be delayed by another year. While road and bridge repair is long overdue in the Buckeye State, the tax hike remains unpopular. A recent poll found 55 percent of Ohioans oppose the measure.