The Williamson County School System’s Special Projects Manager Erin Caceres indicated in emails she wants administrators to hire more teachers based on race, according to documents obtained this week. 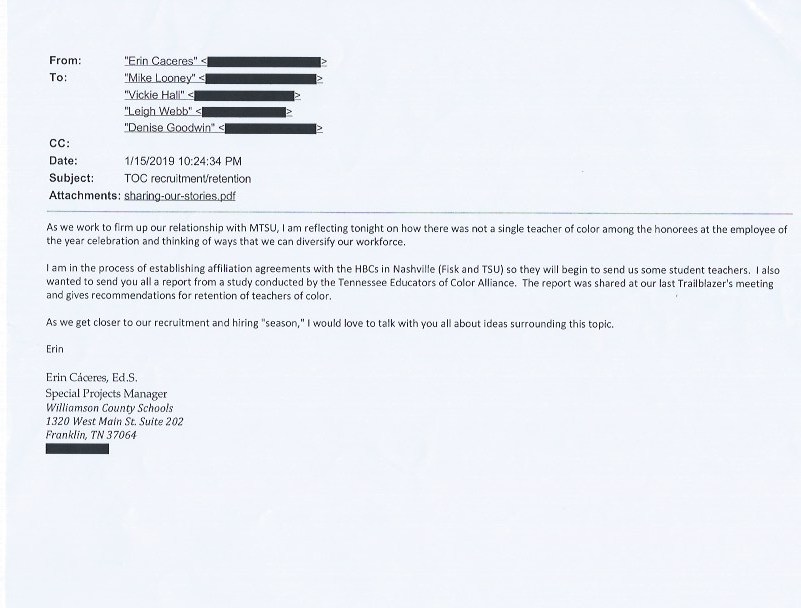 Caceres made these statements to Cultural Competency Committee members and to Superintendent Mike Looney in January and February of this year.

Caceres stressed yet again that members of the public could not attend Cultural Competency Council meetings.

The Tennessee Star obtained these emails through an open records request.

Caceres said the following in a Jan. 19 email to Looney: 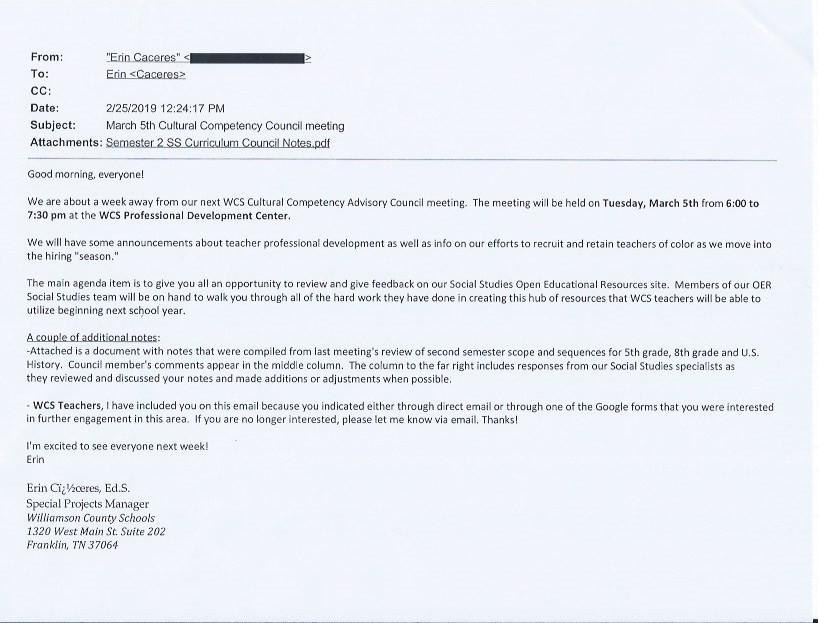 “As we work to firm up our relationship with MTSU, I am reflecting tonight on how there was not a single teacher of color among the honorees at the employee of the year celebration and thinking of ways that we can diversify our workforce,” Caceres wrote.

“I am in the process of establishing affiliation agreements with the HBCs in Nashville (Fisk and TSU) so they will begin to send us some student teachers. I also want to send you all a report from a study conducted by the Tennessee Educators of Color Alliance. The report was shared at our last Trailblazer’s meeting and gives recommendations for retention of teachers of color. As we get closer to our recruitment and hiring ‘season’ I would love to talk with you all about ideas surrounding this topic.” 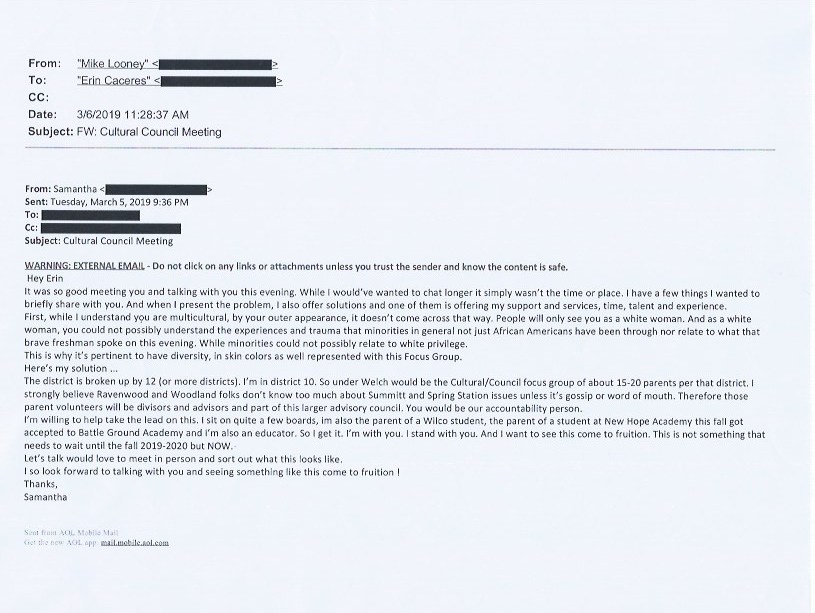 In a Feb. 25 email to members of the Cultural Competency Council, Caceres said their next meeting, scheduled for March 5, would have “info on our efforts to recruit and retain teachers of color as we move into the hiring ‘season.’”

In a March 5 email to Caceres following that meeting, a woman named Samantha, last name unavailable, told Caceres that people only see Caceres as a white woman.

“First, while I understand you are multicultural, by your outer appearance, it doesn’t come across that way. People will only see you as a white woman,” Samantha wrote. 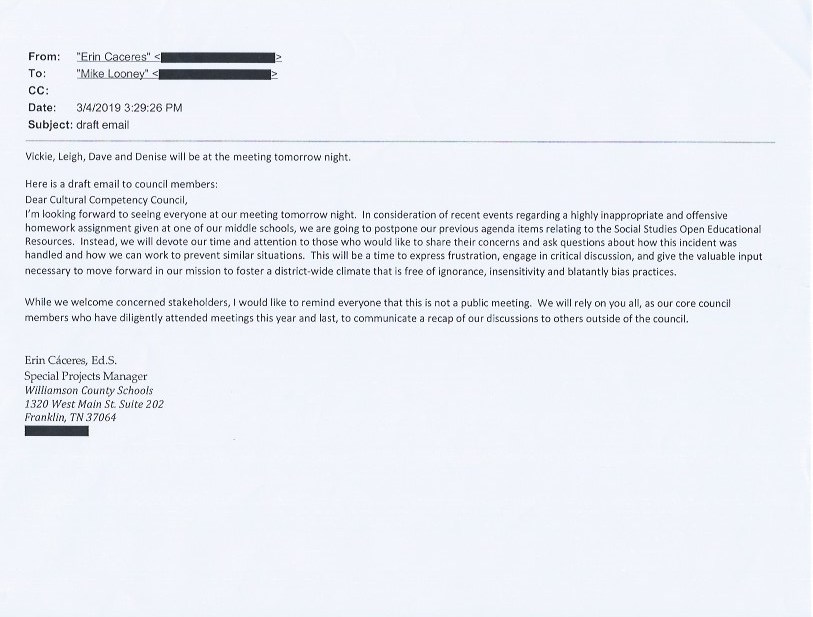 “And as a white woman, you could not possibly understand the experiences and trauma that minorities in general not just African-Americans have been through nor relate to what that brave freshman spoke on this evening. While (sic) minorities could not possibly relate to white privilege. This is why it’s pertinent to have diversity, in skin colors as well represented with this Focus Group.”

That March 5 meeting, of course, was not public, per an edict from Caceres as she stated in a March 4 email to Looney. That email to Looney contained a draft of an agenda sheet she planned for Cultural Competency Council members.