Fox and Friends, America’s Newsroom, Hannity, Ingraham Angle—if there was coverage of the Russia investigation, then Jordan was likely there to talk about it, and his message was clear: “no new indictments, no sealed indictments, no collusion, no obstruction.”

But he didn’t stop there. Jordan, along with Rep. Mark Meadows (R-SC-11), believes that the other side of the story needs to be investigated.

“Let’s do everything we can to work with Chairman Graham to get to the bottom of this and expose how they used one party’s opposition research document to get a secret warrant to spy on the other party’s campaign and launch this whole ridiculous thing that we saw unfold over the last several years,” Jordan said during an appearance on Sean Hannity’s show.

During an appearance on Fox New’s Ingraham Angle, Jordan agreed with former House Speaker Newt Gingrich that the Democratic Party is “in denial” after the release of Special Counsel Robert Mueller’s report.

“It was so strong what Bill Barr said about Bob Mueller’s investigation. Remember the numbers – 19, 40, 500, 2,800. 19 lawyers, most of them Democrats, 40 FBI agents, 500 search warrants, and 2,800 subpoenas and what were the conclusions? No new indictments, no sealed indictments, no collusion, no obstruction. It could not be more definitive,” he said, but predicted that Democrats will “launch a whole bunch of new investigations.”

In another appearance on Fox New’s America’s Newsroom, Jordan responded to Rep. Adam Schiff’s (D-CA-28) assertion that “undoubtedly there is collusion.”

“I mean, come on. Did he not read Bill Barr’s letter? The attorney general said there was absolutely no collusion. The attorney general also points out in his letter that there were multiple opportunities for Trump campaign officials to work with Russians but they didn’t do it,” Jordan said.

Adam Schiff says this week: "Undoubtedly there is collusion."AG Barr's letter: No new indictments, no sealed indictments, no collusion, no obstruction.Did Chairman Schiff read the Attorney General's letter? Why does he continue to mislead the American people?

Jordan utilized print media to get his message out, too, publishing an op-ed in The Hill with meadows and several of his congressional colleagues.

“After 22 months and more than $25 million in taxpayer funds, we now know what many of us suspected all along: there was no collusion, coordination, or cooperation between President Trump’s campaign and Russia,” they wrote. 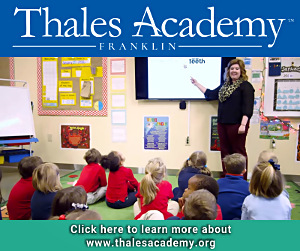