NASHVILLE — More than 1,300 people attended a Men of Valor breakfast at Nashville’s Music City Center Tuesday to hear former prisoners tell a message of faith and redemption through Jesus Christ.

Men of Valor commit themselves to winning men in prison to Christ. Their goal is to help these men reenter society as men of integrity, according to a brochure group members handed out Tuesday.

These things matter to all Tennessee residents.

The 2019 Tennessee Department of Corrections budget is more than $1 billion. Tennessee’s prisons currently have more than 25,000 incarcerated men and women, the brochure said. 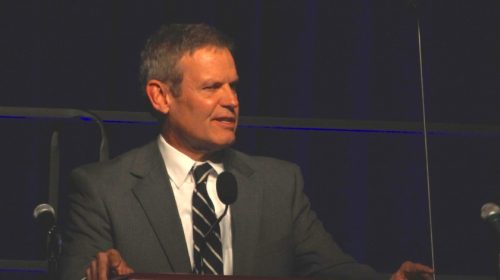 Tennessee Republican Gov. Bill Lee, a Men of Valor board member and mentor, told audience members it costs taxpayers $28,000 a year to go back to prison.

Rudy Kalis, a full-time Men of Valor volunteer, spoke of his experiences mentoring prisoners at the Riverbend Maximum Security Institution in Nashville.

“They want to know consistency. They want to know if you’re real. They have looked people in the eye all of their lives to get what they got. If you don’t have truth inside of you then they can read that. So it literally makes me stand up and try to be the man that I tell them to be,” Kalis said.

“You have to talk straight to these guys. If you have the guts to go in there and make a difference, if you have the faith inside you, then you go in there with an open heart for these men, I can’t talk faith to them and tell them about honesty and integrity and that there’s a god who loves them if I’m having an affair with a woman. I have to be the right man to go in there and tell them about the God above who can change their lives and redeem them.”

The prisoners, Kalis went on to say, need to hear from more people who believe in the God he spoke of.

“We drop a rock of faith into the water, and that faith ripples on from time to time forever.” 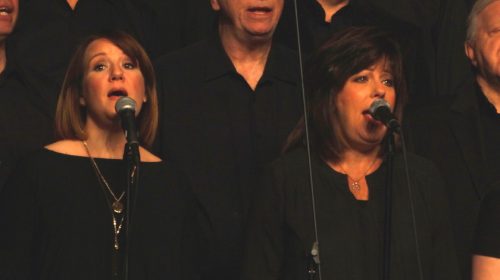 Anthony Charles, meanwhile, won the Men of Valor Carl Carlson Award for his work with the group.

According to a press release, the recidivism rate for Men of Valor participants, with programming both before release and up to a year afterward, is between nine percent and 15 percent. That number is far lower than the state and national average, which hovers around 70 percent of prisoners who are re-arrested within three years.

The program receives money from grants, churches, and mostly individuals. Resources provided include addiction recovery support, employment, housing, healthcare, and learning how to transform themselves into better husbands, fathers, and members of society, Campbell said.