Michael Harris, an attorney with a reported history of legal and other ethical problems will instead covet the position, according to The Daily Memphian.

This, after a three-hour party convention this past weekend, according to the website.

Officials suspended Harris’ law license in 2017 because of a number of ethics violations, including excessive fees, failure to perform services for which he was paid, unauthorized practice of law, dishonesty, and conduct prejudicial to the administration of justice, The Daily Memphian reported.

“Harris was also ordered as part of his plea to the misconduct allegations to pay $22,975 in restitution to nine former clients,” the website reported.

“Harris, compliance and employee relations director at Advanced Primary Care LLC, began making his case to the group by asking ‘everyone who has made one mistake’ to raise their hands and asking everyone in the crowd to look around the room.”

Harris reportedly told people at the convention that he made a mistake, but his “heart was in the right place.”

“Harris said he still owes $1,832 in restitution plus fees connected to restoring his law license,” The Daily Memphian reported.

“He also said the ethics charges were not criminal charges.”

“I’m not a thief. I’m not one who commits fraud,” he said in a question and answer session before the committee’s vote. “I’m not the enemy within the organization.” 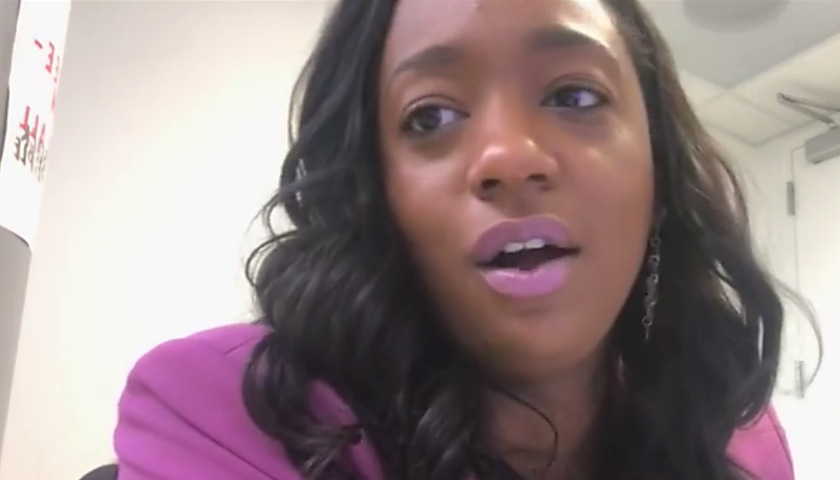 … Lamar live streamed a 15-minute rant on Facebook and said, among other things, Tennessee is a racist state and full of uneducated Republicans. She also reprimanded white men for wanting to keep more of the money they earn and suggested allowing felons to vote will help elect more Democrats.

Lamar later said she merely summed up the thoughts and feelings of her constituents when she scolded white Tennessee Republicans as supposedly racist and uneducated. She removed the video from Facebook a few days later after it got international media attention she apparently didn’t want.

In January, as reported, the state’s Registry of Election Finance fined Lamar for filing her disclosures late. Lamar was originally supposed to pay $8,175 in fines, as registry officials decreed in November. Lamar reportedly told registry officials this was her “first rodeo.” But, because of her inexperience with such matters, registry officials reduced her fine to $300.