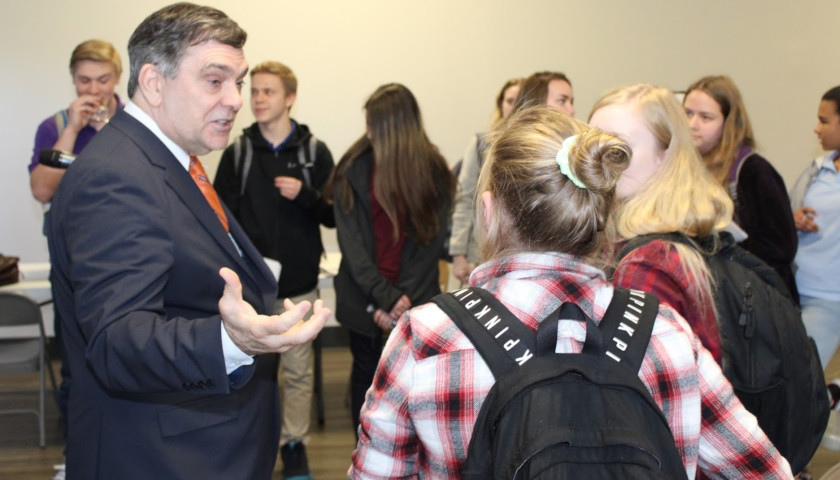 GOODLETTSVILLE, Tennessee–The Tennessee Star’s Editor-in-Chief and CEO Michael Patrick Leahy kicked off a free book tour on Wednesday afternoon ahead of the Constitution Bee later this month at Metro Christian Academy – the site of this year’s Spring Bee.

Leahy spoke to Metro Christian Academy junior and senior high school students about the book he co-authored with Claudia Henneberry and John Harris, The Tennessee Star Guide to the Constitution and the Bill of Rights for Secondary School Students, which forms the basis for all the questions in the Constitution Bee. Every student in attendance received a free copy of the book, which retails for $30.00. 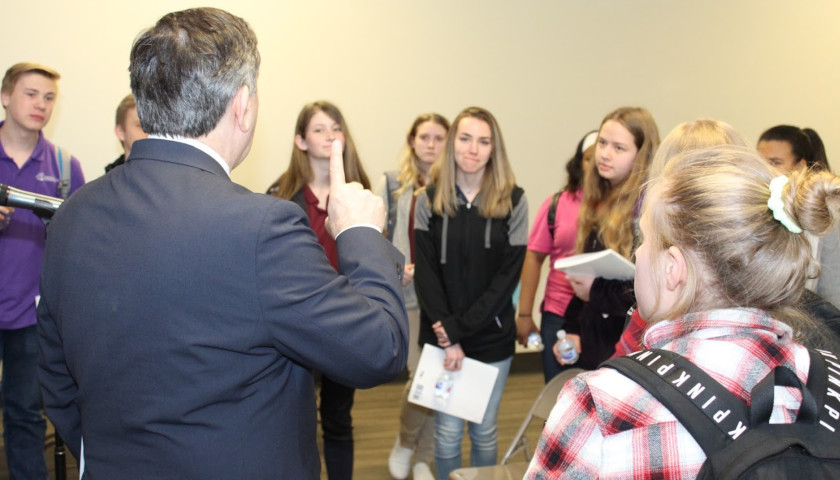 This will be the third annual Tennessee Star Constitution Bee. The first was held in 2017 at Sycamore High School of Cheatham County Schools in Pleasant View, Tennessee, and the second was held in 2018 at the Williamson County Administration Building in Franklin, Tennessee.

The student who wins the Grand Prize Championship as the top Constitution secondary school student in the state of Tennessee at the April 27 Tennessee Star Constitution Bee will receive an all expenses paid trip to Washington, D.C, along with a parent, plus a $3,000.00 (three thousand) scholarship provided by the Andrew Woodfin Miller Foundation and the Polk Foundation to apply to the first year’s expenses to the winner’s college or trade school of choice after high school. 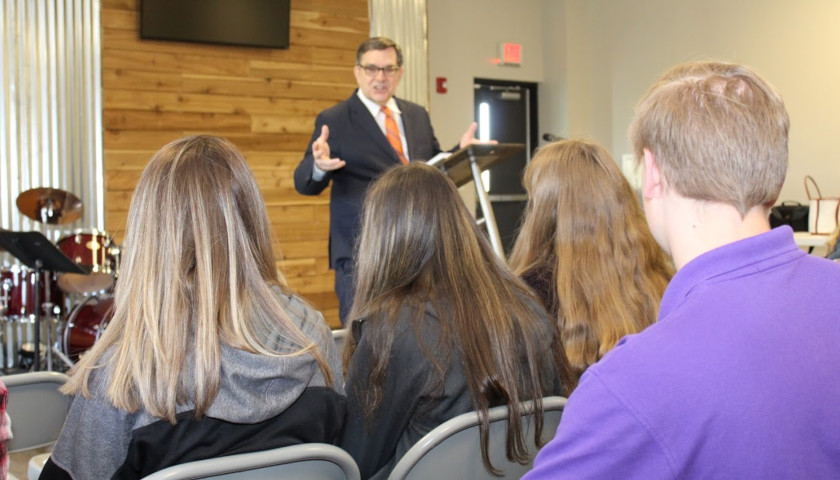 Leahy will continue to bring free copies of The Tennessee Star Guide to the Constitution and the Bill of Rights for Secondary School Students to any high school in the state for the next two weeks in advance of the Saturday, April 27 Tennessee Star Constitution Bee at the Fellowship Hall of Metro Christian Academy in Goodlettsville.

To date, three additional high schools are scheduled for the tour, so several dates remain open. Any high school teacher, student, or administrator who wants to schedule a visit from Leahy – along with free books – can contact The Tennessee Star at [email protected] 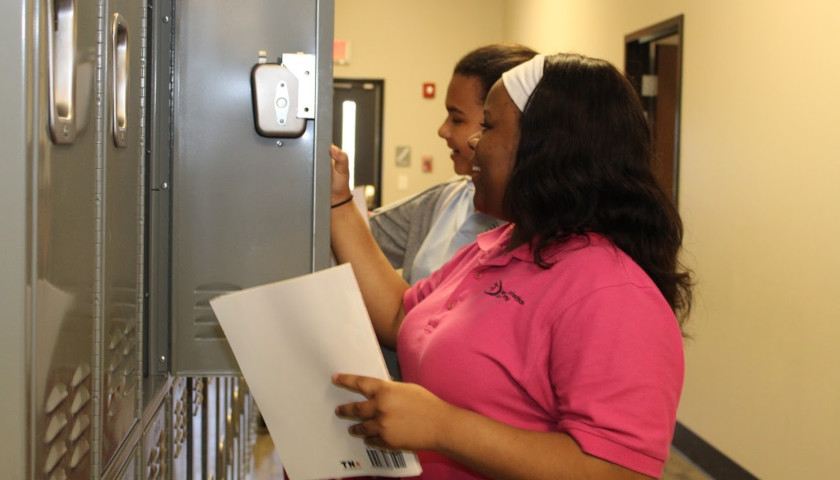 Leahy explained the format of this year’s Bee to the students, which is the same as last year’s format.

Doors will open at 7:30 am, and all participating students are asked to arrive by 8:30 am at the latest to complete event registration.

The Bee begins at 9:00 am, with opening ceremonies, and then a warmup event, the Preamble Challenge.

Students are encouraged to participate in the optional Preamble Challenge, where they can present their version of the 57 word preamble to the Constitution in any format they like. Some sing it, some deliver it in orations, and others deliver it as a rap.

Awards will be presented for the Most Entertaining Preamble, Most Creative Preamble and Most Persuasive Preamble.

At present, just 16 students have confirmed they will be participating in the event, and organizers hope to have up to 30 participants.

“This is good news for the students who do attend,” Leahy told the Metro Christian Academy students on Wednesday, “because it gives each participant a decent chance of winning the $3,000 scholarship and trip to Washington, D.C. for themselves and a parent. And we will be giving those awards to the winner of The Bee. So someone is going to win these prizes, and it just might be one of you.”

The first round will feature multiple choice questions. Participating students will have the opportunity to “ask a friend” for help in the first and second rounds. Also, any student who gets a wrong answer in the first or second round will have a “second chance” to get back into the competition at the end of the round.

Questions will become harder in the third and fourth rounds.

After the fourth round, or whenever there are only six contestants, the essay portion of the competition will begin. Each student will be asked to give a five minute response to a “big question.” The three judges of the event will then select the top three finalists, who will compete in the final round, from which the winner will be determined.

Every student who participates will receive a certificate of participation, a letter of recommendation for their college application file, and a copy of their official competition photograph, which will be taken at the event.