On Tuesday Tennessee State Rep. Gloria Johnson (D-Knoxville) held a press conference to rail against school vouchers and Education Savings Accounts, but one of the women who flanked her seemed to steal Johnson’s spotlight. 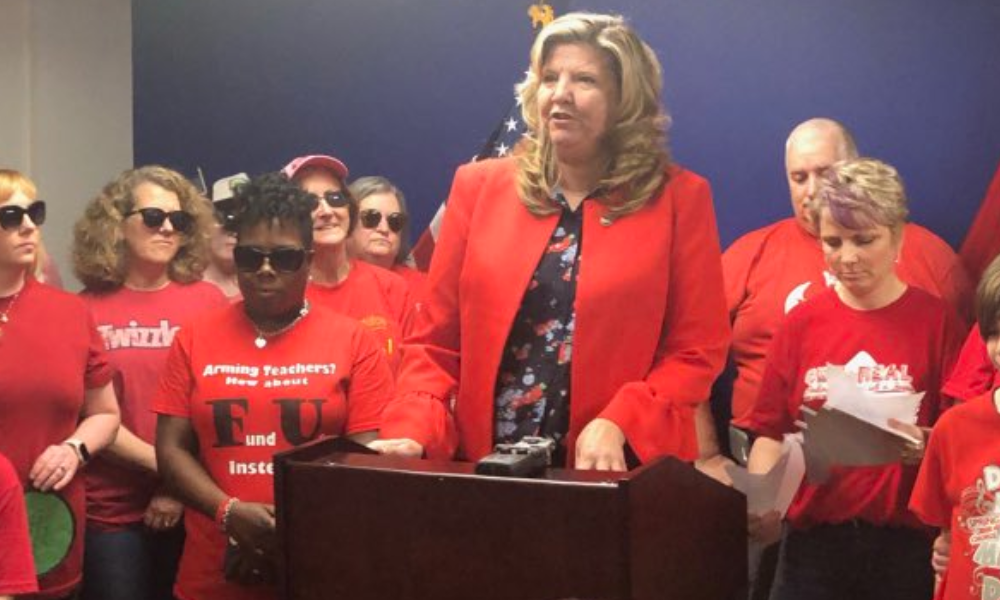 Going by a picture of the press conference on Twitter, an unidentified woman standing to Johnson’ right wore a T-shirt that said “Arming Teachers? How about Fund Us Instead?”

Whoever designed the shirt wrote the letters F and U (the first letters from the words “Fund” and “Us”) at a much larger font than the rest of the text.

In fact, in the photo The Tennessee Star saw, taken from a good distance away, only the letters F U were visible to the naked eye.

The photo included at least seven children, some standing alongside Johnson, some sitting down.

The Twitter page InsideTNpol, for instance, posted the following: 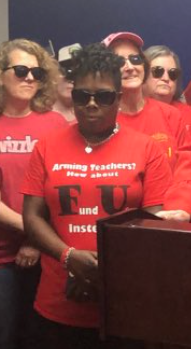 On his Twitter page, State Rep. Andy Holt, R-Dresden, said the following about the woman’s T-shirt:

“There’s always the chance that she misspelled it? I’m almost left to wonder if someone from the school choice movement paid her to do this? Big fail. #TNleg”

On Tuesday the World Socialist Web Site published an article about their efforts to fight school vouchers in Tennessee.

Teachers across Tennessee, the website noted, held a rally at the state capitol Tuesday to protest Republican Gov. Bill Lee’s proposal to increase charter school funding and to implement what it called “a voucher scheme.”

“While states like Kentucky, West Virginia, Arizona, and Oklahoma have seen wildcat strikes and student walkouts, anger in Tennessee has been kept to a simmer until now,” according to the World Socialist Web Site.

“But Governor Lee’s decision to make the voucher plan a legislative centerpiece has rapidly brought anger to a boil.”

As The Star reported in February, certain school board members that have passed votes to formally oppose school vouchers live in counties where the public schools have not done a stellar job preparing their students for college.