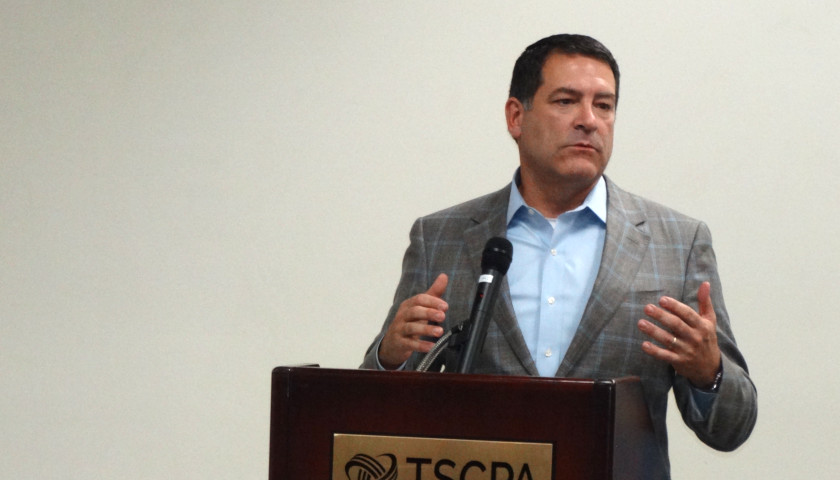 • A bill that targets drug cartels. Green said there are three drug cartels that operate like terrorist organizations, and they also intimidate law enforcement. Green did not identify the three cartels. Green’s bill would formally label these cartels as terrorist organizations, he said. Green went on to say “the resources of the federal government can pounce on them and seize their financial assets.” U.S. Republican President Donald Trump is still considering whether to go along with the bill, Green said.

• A bill to keep the U.S. Supreme Court limited to nine justices.

• A bill pertaining to notorious drug trafficker Joaquin “El Chapo” Guzman. The federal government seized $14 billion of “El Chapo’s” assets. Green’s bill, if enacted into law, would allow the feds to use that money on border security.

• A bill to repeal the death tax.

• A bill enacting term limits for members of Congress.

• A bill calling for military child vouchers. Green said 35 percent of people in the U.S. Army or U.S. Navy try to leave because they get assigned to a base where the local school system is subpar. Green said his bill would allow kids to have a voucher to attend a better school.

• A bill protecting children born alive during an abortion. Green said his bill requires any such child get resuscitated.

Most audience members told Green, among other things, they think Washington, D.C. politicians have a spending problem and not a revenue problem, and they oppose more taxes. They also said they believe a wall at the U.S.-Mexico border is the best way to stop illegal immigration.