A bill that would ban abortions in the event Roe v. Wade is overturned by the U.S. Supreme Court passed out of the House Health Committee where it was recalled to after failing in a House Subcommittee.

The proposed legislation, officially named the Human Life Protection Act, has been dubbed as the “trigger bill,” because its enactment would be effective upon an outside action. The two potential outside actions are the overturning, in whole or in part, of the Supreme Court’s 1973 Roe v. Wade decision or an amendment to the U.S. Constitution returning the ability to regulate abortion to the states. 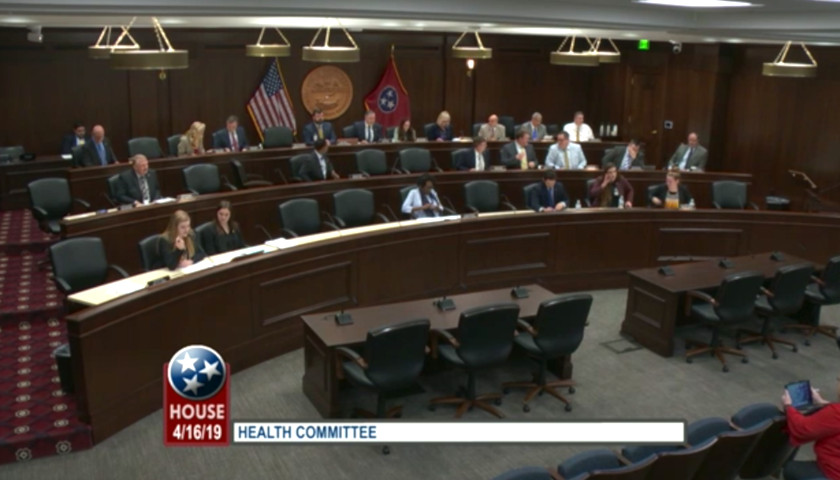 The bill is sponsored in the House by Representative Susan Lynn (R-Mt. Juliet) and Senator Dolores Gresham (R-Somerville) in the Senate as HB 1029 and SB 1257, respectively.

After hearing testimony from the House legal counsel on the constitutionality of the bill in the House Public Health Subcommittee, the measure failed by a vote of 3 Ayes to 4 Noes on March 27.

Meanwhile, the Senate version passed that body’s Judiciary Committee on April 9, at the same meeting that the Heartbeat Bill was later essentially defeated by being sent to summer study, by a vote of 7 Ayes to 2 Noes.

In the last of eight paragraphs of Rule 83 (13), there is a provision for a member of the Standing Committee to recall a bill that has been acted upon by a Subcommittee. In order for the bill to be recalled, the motion must be carried by a majority vote of the members so the bill can then be placed on the Committee’s next calendar.

The recall vote on the Human Life Protection Act was successful on April 10, and the bill was placed as the first item on the calendar of the House Health Committee for April 16.

Representative Lynn presented the bill along with amendment 7965 that specifies that state’s Attorney General shall notify the Tennessee Code Commission if either of the two triggering events occur.

The premise of the amendment is that it addressed the previous concerns about an effective date.

However, the Committee’s legal counsel, Matt King, said their office would still have some constitutional concerns due to the delegation of legislative authority vested in the General Assembly as well as the ambiguity of the effective date.

Deputy Speaker Matthew Hill (R-Jonesborough) pointed out that, since the Constitution prohibits the delegation of any authority, the merits of the bill can’t be discussed until that is resolved. He also asked if a simple fix would be to set a future date, to which King replied that “placing a date certain” would resolve the issue they had been discussing.

At the request of Gant, Committee Chairman Bryan Terry (R-Murfreesboro) went out of session to allow the testimony of the Legal Counsel and Legislative Liaison for Tennessee Right To Life, Will Brewer, to respond.

Brewer said the amendment was decided with the Attorney General, Codes Commission and King’s counterpart in the Senate. Brewer later said that the Attorney General had not opined on the matter and Brewer himself was not in the meeting, but he understands there was one.

According to Brewer, there are six states who have a trigger bill in place, including Arkansas, Kentucky, Louisiana, Mississippi, North Dakota and South Dakota, with three more – Missouri, Ohio and Oklahoma – considering the measure.

To an inquiry by Representative Robin Smith (R-Hixson) on what states have there been lawsuits, Brewer responded none.

Hill asked Brewer if this trigger bill passes, does he believe that their job is done and that no other pro-life legislation would be needed. Brewer said he couldn’t speak to something specifically, but he believed there are areas that could be addressed in the interim before Roe v. Wade is overturned.

In response, Hill said he thought that was important because there seems to be some misconception that if this bill is passed there’s no need to pass any more pro-life legislation. He wanted it to be clear that is not Brewer’s view or his own view.

Chairman Terry told the witness that he alluded to other states, and that what legal counsel has brought forth are concerns with the Tennessee Constitution, which other states do not have. Brewer did respond to that by saying that other states do have similar restrictions on the delegation of legislative authority.

Also, Chairman Terry pointed out that statements from Brewer and the sponsor refer to this as a trigger bill, yet there isn’t anything the bill that actually pulls the trigger, such as overturning Roe v. Wade. Brewer said that is correct, that the trigger would take the Supreme Court overturning Roe v. Wade or an amendment to the U.S. Constitution.

Brewer advised, in response to Representative Barbara Cooper (D-Memphis) about the status of Roe v. Wade, that there are several cases in front of the Supreme Court in this term that they have yet to schedule the hearings. As such, said Brewer, it could be happen tomorrow or it could take years, as there is no deadline.

Going back into session, Chairman Terry recognized Gant as the sponsor of the amendment. Gant respectfully asked that the members of the Committee follow their lead and add the amendment to the bill.

On voice vote, Chairman Terry ruled that the Ayes prevailed, thereby adding amendment 7965 to HB 1029, with discussion following on the bill as amended.

“Is there more work to be done as the Representative noted,” apparently referring to Deputy Speaker Hill’s earlier question and comment, “absolutely.” Lynn continued, “I’m sure we will have more bills next year to protect life, to protect women if they go in for the procedure, to keep accurate records so we know what’s happening with abortion in Tennessee,” without mentioning the effort to revive the Heartbeat Bill in the Senate.

Representative Vincent Dixie (D-Nashville) said that he couldn’t support the bill after learning from Lynn that there was no exception for rape. He made the point that, as legislators, they fight for people’s rights and choice, like education and it appears they are picking and choosing when people have a choice.

Gant expressed appreciation for Lynn “standing in the trenches” in sponsoring the bill, as she has been attacked on social media. Gant said, the party of Ronald Reagan is also the party of life. Responding to Dixie’s comment on choice, Gant asked about the choice of the unborn.

While Chairman Terry offered Dixie an opportunity to respond, since his name was mentioned, Dixie declined.

Representative Larry Miller (D-Memphis) asked what’s the urgency and rush in not waiting for Roe v. Wade to be overturned and commented that at the end of her statements, Lynn talked of a Republican super majority, which seemed to take on a political tone.

Lynn said it didn’t feel rushed to her, but rather a very long time and that the states should have the right to regulate abortion. Lynn added that the bill brilliantly returns Tennessee law to 1972 so that women and children will be protected.

Chairman Terry said, speaking of rushing, that it’s been 46 years and with thousands of Tennesseans being aborted, the time of coming back into session would save lives.

After thanking Lynn for bringing the legislation, Smith said that for the same reason she cast her ballot for the Heartbeat Bill, she would be supporting this bill. As a nursing student and a nurse, Smith said having reached her hands into the womb of a mother during a cesarean section and seeing the afterbirth of a miscarriage in the morgue, “I understand that this is life.”

“And while our culture may change and while our politics may change, the establishment of right versus wrong and the determination of life is set firm in the ages,” said Smith, encouraging others to join her in supporting the legislation.

After about a little more than a half hour of discussion, a voice vote was taken with Chairman Terry ruling that the Ayes prevailed.

The bill will next be heard by the House Finance Ways and Means Committee.

The video on the bill can be watched here by selecting HB 1029.

One Thought to “After Failing and Then Being Recalled, Post Roe v. Wade Abortion Banning Bill Passes House Committee”