Kelsea Ballerini was inducted as the newest and youngest current member of the Grand Ole Opry tonight by Carrie Underwood, an Opry member since 2008. 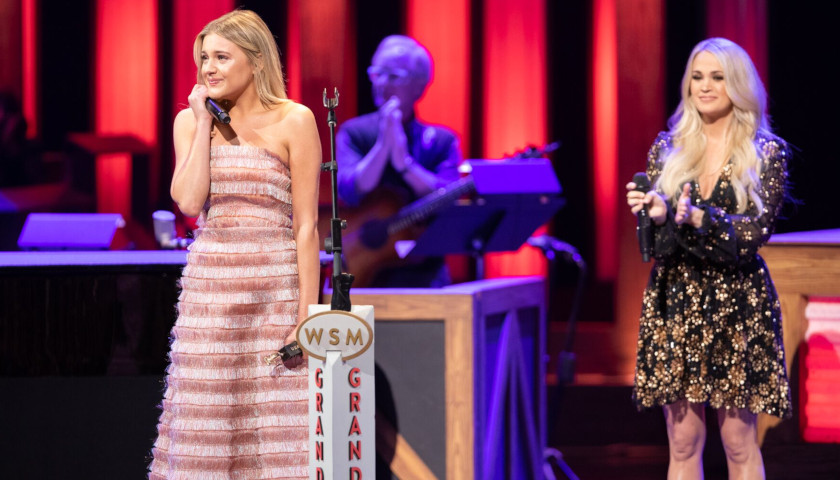 Surprising the sold-out Opry House crowd after Ballerini had performed a three-song set, Underwood took the stage and said to Ballerini, “You have accomplished so much in your career, and you will undoubtedly accomplish infinite amounts more in your life. Awards, number ones, sales … this is better than all of that. This is the heart and soul of country music.”

Presenting Ballerini with her Opry member award, Underwood cheered, “I am honored to introduce and induct the newest member of the Grand Ole Opry, Kelsea Ballerini.”

After recounting her first visit to the Opry as a fan, her 2015 Opry debut, and subsequent Opry appearances, Ballerini held her award close and said, “Grand Ole Opry, thanks for seeing something in me and for believing that I’ll always love you like I do because I do, and I will.”

Ballerini and Underwood then teamed up for a duet on 20-year Opry member Trisha Yearwood’s 1992 hit “Walkaway Joe.”

Earlier in the night, CMA and ACM Entertainer of the Year Keith Urban, an Opry member since 2012, also made a surprise appearance to deliver congratulations to Ballerini and to perform his hit “Blue Isn’t Your Color.” Later in the show, Country Music Hall of Famer and 1991 Opry inductee Vince Gill surprised the audience yet again by joining in with his friends the Del McCoury Band during the group’s portion of the show.

“We are incredibly pleased to welcome Kelsea Ballerini into the Opry family,” said Opry General Manager Sally Williams. “As evidenced by the enthusiasm of the Opry members here tonight and the fans in the crowd, Kelsea and her music are much loved. She and her fellow members who made tonight so special show that the future of both country music and the Opry are in good hands.”