NASHVILLE, Tennessee – Following the resignation of his Chief of Staff, Tennessee House Democrats are split on what Speaker Glen Casada should do next.

In a press conference held at the Cordell Hull Building Tuesday morning, Chairman of the Tennessee Black Caucus Representative G. A. Hardaway (D-Memphis) reading from a prepared statement, called for the TBI (Tennessee Bureau of Investigation) to investigate Speaker Casada’s former Chief of Staff Cade Cothren.

Cothren has been at the center of controversy since late last week when reports of alleged email tampering associated with activist Justin Jones came out, followed by the uncovering of racially derogatory and sexually explicit texts.

Cothren resigned from his Chief of Staff position on Monday. 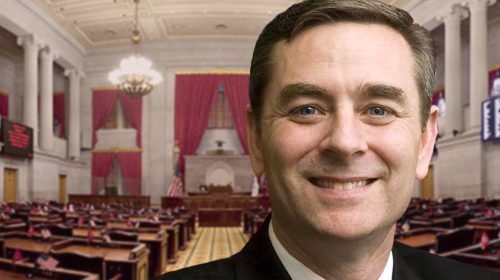 In the prepared statement, Representative Hardaway called Justin Jones a civil rights activist and said that media reports say Cothren falsified evidence in a judicial proceeding to obtain the incarceration of Jones.

Justin Jones was a frequent protester at the State Capitol, until he was banned after allegedly throwing a cup of liquid at Speaker Casada that hit him and Representative Debra Moody (R-Covington), as reported by The Tennessee Star.  The most recent incident with Jones involved the harassment of Tennessee legislators while they were at a local restaurant.

Representative Hardaway called on Speaker Casada to “act transparently and expeditiously in finding the truth” and “the pursuit of justice and must quickly resolve these troubling civil rights violations and disturbing criminal allegations.”

The Tennessee Black Caucus of the State Legislature (TBCSL) “believes it is necessary for the Tennessee Bureau of Investigation to be brought in as neutral investigatory party,” read the statement and formally requested Speaker Casada to join the call for an independent investigation by the TBI.

During the press conference, which lasted nearly 40 minutes between the statements and question and answer period, Senator Gilmore put a lot of emphasis on the treatment of women in addition to race-related issues.

Senator Gilmore stated what she’d like to see going forward, “In the coming weeks, I ask and I pray that the leadership of the General Assembly, especially House Speaker Casada and Governor Lee, engage the Tennessee Black Caucus in meaningful discussion regarding civil rights, fairness and progress. Let’s start by taking down Nathan Bedford Forrest, respecting women, respecting African Americans and giving Justin Jones the second chance that Cade Cothren was given.”

“The terrible legacy of the past is already written. Today, let’s start a new chapter of Tennessee history that is embracing for all of us,” concluded Senator Gilmore. 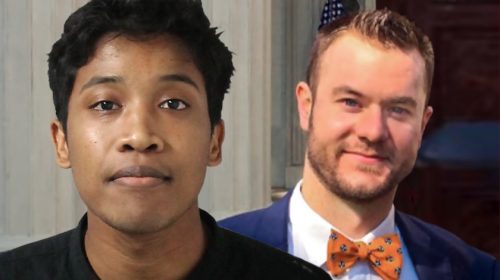 Representative Dixie decided not to prepare a written statement, so that he could present his raw, emotional response. He used the word “outrage,” and said that an apology has not yet been received.

Representative Dixie said that he appreciates that Cothren resigned, “but that’s just the beginning of it.”

The news of the racial epithets was a good story, but nothing happened until the reports of text messages objectifying white women and the drug use, then came the calls for Cothren to go, Representative Dixie said.

“We have to use this opportunity to talk about race and white privilege,” continued Dixie. Even though he considers himself a successful young black man with a business and a nice family, he doesn’t know of one white man who would trade places with him because of white privilege.

Representative Dixie said that Governor Bill Lee’s voice needed to be heard from on this and that “Glen Casada needs to be removed tomorrow.”

Also calling for justice for Justin Jones, Representative Dixie said that the same outrage of today should apply to the incidents of a week ago.

When Representative Hardaway came back to the podium, the first question he responded to was whether the position of Representative Dixie to remove Casada from leadership was also that of the Tennessee Black Caucus. Chair of the Black Caucus, Hardaway replied that the Caucus has not come to a conclusion on whether they want to have a new Speaker or not. “We expect to have that discussion today and tomorrow.”

Representative Hardaway clarified further, “We’re looking forward to entertaining the idea, but no, we have not taken a Caucus position on Glen Casada’s status one way or the other at this time.”

Senator Gilmore interjected that minimally blacks in the state and women in the state are due an apology for using the “N” word and for how women were portrayed in the text messages and called on Governor Lee, Speaker Casada and certainly, Cade Cothren to apologize.

In stark contrast to the measured approach of the Black Caucus, the House Democratic Caucus members demanded that “Casada Needs To Go!” in a press release on the same day.

The statement, citing three acts that Speaker Casada participated in, declared that his continued service as Speaker is untenable.

House Democratic Leader Karen Camper (D-Memphis) said that the Speakers actions “are unbecoming and disrespectful, not only to the citizens of our state, but the office he holds.”

House Democratic Caucus Chair Mike Stewart (D-Nashville) said that actions have consequences and Speaker Casada’s actions are obviously disqualifying calling for him to either resign or be removed.

The video of the press conference held by the Tennessee Black Caucus can be watched here.