A group of parents say they’re upset because students at Woodland Middle School in Brentwood can access a New York Times-published magazine with an article they say promotes Islam.

The April 22 issue of Upfront Magazine has a cover story about “Islam in America” and how U.S. Muslims face “increasing hostility and attacks on their faith.”

In one passage, the article said “Islam is becoming more and more Americanized.”

“It’s profiling a couple of American Muslim children and making it seem like ‘Oh, they’re just Americanized.’ There is a quote in there that says Islam is a lifestyle, and I think it’s promoting it. You would never see an article on Christians,” Miles said.

“You don’t see any Christian children being featured and that’s just the contrast. Christianity is often painted in a negative light. In this case, the separation of church and state seems to be thrown out the window.”

The Star found another Upfront Magazine article about Muslims in America.

The magazine itself seems to discuss immigration issues a good bit.

Williamson County School spokeswoman Carol Birdsong did not provide The Star with a comment on this matter Wednesday or Thursday.

Another issue of the magazine profiles a 17-year-old Honduran girl who came to the United States illegally and now fears deportation.

The headline — “Will Ginger Get to Stay?” 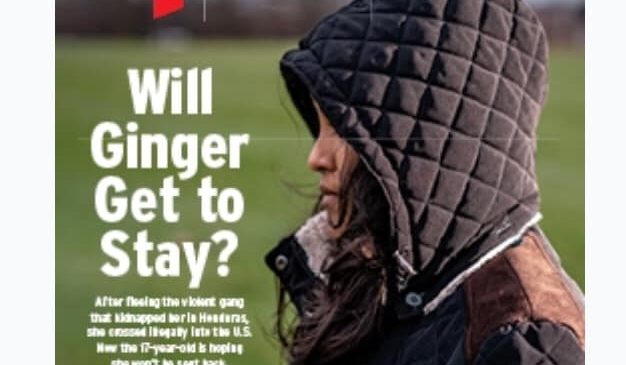 Miles said the school system can do better with what it offers students to read.

“The publisher is Scholastic and that’s been a long-time and notable school publisher,” Miles said.

“To see garbage like that (in these articles) is disappointing. They are not what they used to be.”