The Medicaid Improvement and State Flexibility Act would authorize states to begin pilot programs giving Medicaid recipients a “swipe card” with dollars on it designated for medical purchases, Green said in a press release.

What is not spent from the card is returned to the holder at year’s end in the form of an Earned Income Tax Credit. Coupled with a catastrophic insurance plan, this ensures Medicaid recipients a safety net while at the same time introducing competition into the healthcare market that will improve the quality of care and drive down costs, the congressman said. 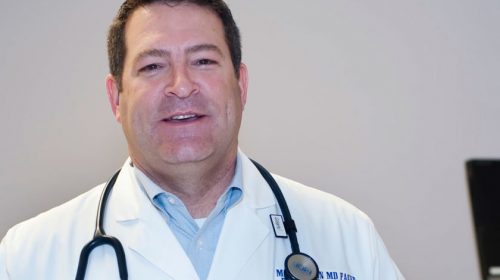 “The Republican solution to our country’s healthcare crisis is more choice and better care,” Green said. “We need to move forward and utilize the power of markets to fix our broken system and help those in need. I hope Congressional leaders on both sides of the aisle recognize the need for patient choice and join this effort.”

Green introduced his bill as House Democrats are promoting legislation to protect parts of the Affordable Care Act and lower prescription drug costs, The Hill said. The publication said that plan could face an uphill battle in gaining bipartisan support.

Green said that currently, 40 million Americans receive assistance for food and, at the same time, shop in a free market for food. As SNAP recipients shop with their EBT “swipe card,” the market price is set for food because the consumer chooses how to allocate given resources. SNAP recipients are fed, and food remains affordable.

As a Tennessee state senator, Mark Green proposed a resolution that would create a pilot program called TennCare Opt Out. That resolution passed in the Tennessee General Assembly, but has not yet received federal approval from the Centers for Medicare and Medicaid Services.

Also on Tuesday, Green published an op-ed in the National Review to make his case for Republicans taking the lead in healthcare reform. That op-ed is available here.

“Republicans need to take the lead on health-care policy again. The Democrats had their chance and failed with Obamacare. We won in 2016 on a campaign to repeal broken Obamacare. We lost the House in 2018 because the Democrats’ messaging killed our repeal effort. Future elections will be won or lost by the party who can insert the free market back into health care. The time is now, and we are the leaders to get it done.”

Green is a physician and former owner of a healthcare company as well as a cancer survivor. Green said he served as a special operations flight surgeon in the Army and was assigned to give overnight medical care to Saddam Hussein during the former Iraqi leader’s capture.

One Thought to “U.S. Rep. Green Introduces Bill to Allow States to Pilot Programs in Which Medicaid Recipients Use Swipe Card to Make Medical Purchases”