“Diverse” not in terms of race or gender, but in terms of right-of-center people who disapprove of the school system’s “white privilege” training. These people had a chance to speak up, perhaps for the first time. 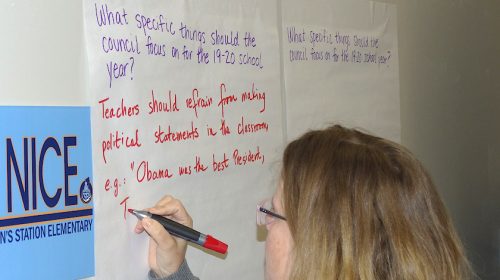 As reported, school system officials closed off previous meetings to the media, and they also did not publicize the meetings — suggesting they were a bit one-sided in favor of the “white privilege” training.

Outgoing Superintendent Mike Looney appeared briefly to encourage people to continue the work, especially after he leaves to take a position in Georgia.

“There is no radical agenda at work here,” Looney told a crowd of about 75 people.

“It’s just about making sure everyone is treated with dignity and respect.”

After Looney left, the crowd broke up into about three different groups. Some of the attendees voiced their displeasure with the “white privilege” portion of the training.

“The training that the district released was insensitive.” 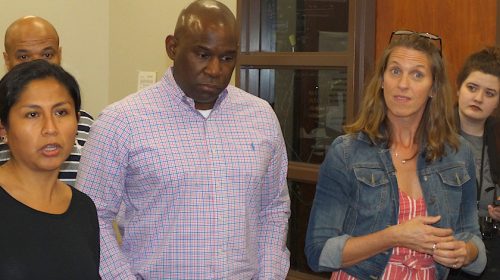 Williamson County resident Inetta Gaines, however, said there “is a wealth of information out there that says white privilege is a fact, but maybe the information could have been tweaked in a different way.”

Edina Nelson, meanwhile, wrote on a piece of paper that “teachers should refrain from making political statements in the classroom, e.g.: ‘Obama was the best president and Trump is the worst.’”

In another group, another woman, unidentified, wrote she was surprised to learn some people in the county objected to the Cultural Competency training.

David Rector, the school system’s social studies and history curriculum specialist, said forthcoming changes for the school system include a focus on multiple perspectives and a more complete telling of history.

These changes will include accounts women gave in 1871 about the Ku Klux Klan and how people treated Hispanic settlers who fought alongside Sam Houston after the Texas Revolution.

The Cultural Competency Committee has scheduled the following meeting dates for the 2019-2020 school year: