This, according to a new article in Bloomberg.com, which identified Alexander and Maine Republican U.S. Sen. Susan Collins as two of the bill’s main backers.

“This study confirms that expanding the EV tax credit would make an already expensive and inefficient policy even more burdensome for U.S. taxpayers,” the website quoted Chet Thompson, AFPM’s president and chief executive officer, as saying. 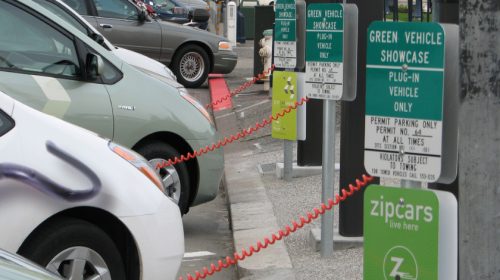 “Simply put, working families should not be asked to subsidize luxury vehicles for the wealthiest among us.”

As reported, Alexander told The Tennessee Star last month that there are more electric cars on the road now versus a decade ago. He also said these electric cars travel a greater distance than they did 10 years ago.

Alexander also said investing in electric vehicles “is one way to help our country and the world deal with climate change.”

As The Star reported in February, research shows electric car manufacturers wouldn’t make a tidy profit in a pure free market system because, at least right now, there isn’t enough demand for that product.

In 2018 the Daily Caller reported EVs aren’t popular and only people with six-figure incomes generally have them.

In three years, that number has increased, slightly, to 3,735 EVs. Davidson County, meanwhile, currently has 746 registered EVs, according to the Tennessee Department of Revenue.

Also, as The Star reported last fall, taxpayers have paid millions of dollars to help electric vehicle manufacturers not only get their products out on the road but also furnish electric car charging stations all over Nashville.

Prior reporting shows few people around Nashville appear to use these charging stations.