A grassroots group of Volkswagen Chattanooga workers who oppose the United Auto Workers spoke out this week against the union’s efforts to set up shop at their factory.

The group, Southern Momentum, released the following statement in response to an advertisement paid for by the Center for VW Facts that appeared in The Chattanooga Times Free Press last week. The Center for VW facts was created by a UAW member and Michigan political consultant, according to a press release.

“The disgusting public attacks and increasing intimidation and harassment are desperate and sickening but not at all surprising given the UAW’s track record.”

Southern Momentum first formed ahead of the 2014 election at the Volkswagen Chattanooga facility, which the UAW lost by a vote of 712 to 626.

As The Tennessee Star reported, this time around, UAW officials are seeking outside help to set a foothold in Chattanooga. 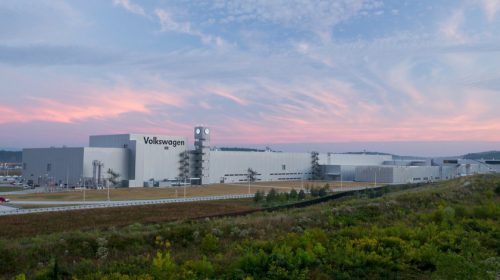 When asked about this, a spokesman for the Virginia-based National Right to Work Foundation said “the scandal-ridden union bosses at the UAW really have no shame at all.”

According to its website, the NRTWC is a nonprofit tasked with eliminating coercive union power and compulsory unionism abuses.

“After the Volkswagen workers’ 2014 vote to reject the union, UAW officials sought to overturn their vote on the grounds that workers heard too much information that was critical of unionization from elected leaders from Tennessee,” said NRTWC spokesman Patrick T. Semmens, in an emailed statement to The Tennessee Star.

“Now the very same UAW officials have three UAW-funded out-of-state Senators attempting to interfere with the NLRB’s own established procedures for dealing with election petitions.”

“You have to wonder whether the UAW hierarchy knows more details are coming out soon about their massive embezzlement and corruption scandal, and this whole effort is really just about holding the vote before the full scope of the UAW’s sellout of rank-and-file workers is known,” Seemens said.

“The whole situation is a reminder that for UAW officials and their political allies, this push at Volkswagen isn’t about what is best for Volkswagen employees in Chattanooga but about what enhances Detroit-based union bosses’ power.”

According to The Detroit News, federal agents are investigating whether UAW officials took kickbacks after giving business executives contracts to produce union-branded clothes and trinkets.

“The fact is Chattanooga workers filed the petition and want the right to vote a significant majority.  They are the only VW workers in the world without the right to bargain,” Rothenberg said.

“Why should Chattanooga workers be treated differently than any other VW workers or even Spring Hill Tennessee GM workers.”

8 Thoughts to “Volkswagen’s Chattanooga Workers Speak Out Against UAW”