The City of Sunland Park, New Mexico on Tuesday waged a legal and PR attack against the private builders of the border wall, trying to shut them down with a cease and desist order.

As The Tennessee Star reported Tuesday, We Build the Wall is nearing completion of just less than a mile of border fencing in New Mexico. That did not sit well with officials in Sunland Park, who claimed the builders did not have a permit.

The city on Tuesday afternoon issued a cease and desist order on construction at the site, KVIA said.

We Build the Wall shot back, KVIA said.

”We Build The Wall has done everything they need to do to be in compliance with all regulations. We’ve had members from Sunland Park city government out to inspect the site and to witness the first concrete pour. We believe this is a last ditch effort to intimidate us from completing this historic project by a local government with a long history of corruption problems.”

The cease-and-desist order came at the end of the work day. Attorneys for Build the Wall Inc. are expected to file a request for a stay of the cease and desist order from the city, and it is unclear whether construction of the wall will continue as planned in the morning when the work day begins.

About 75 percent of the almost one mile section of wall has been completed. The last 25 percent, however, is over the roughest terrain.

Brian Kolfage of We Build the Wall said in a tweet that city officials “were on site on Friday and gave us green light to build!”

Here we go!! Liberals trying to intimidate us! SOUND THE ALARM. The governor trying to flex, city of Sunland park said we had no permits trying to shut us down- BULLSHIT! They were on site on Friday and gave us green light to build! @RyanAFournier @DRUDGE @Rambobiggs @MarkDice pic.twitter.com/C1L90Z0Lsa

He tweeted, “Here we go!! Liberals trying to intimidate us! SOUND THE ALARM. The governor trying to flex, city of Sunland park said we had no permits trying to shut us down- B———-! They were on site on Friday and gave us green light to build!”

Our wall is already working to deter illegals! A group came down to cross and saw the wall, immediately turned around and went back up mountain! Look closely at pic!@Rambobiggs @RyanAFournier @DonaldJTrumpJr @DRUDGE @FoxNews @GOPLeader @MarkDice @JudgeJeanine @TrumpStudents pic.twitter.com/n19iV6lchE

Kolfage also tweeted a photo of people he says were illegal immigrants trying to cross the border but turning back because of the partially completed wall.

He said, “Our wall is already working to deter illegals! A group came down to cross and saw the wall, immediately turned around and went back up mountain! Look closely at pic!”

Video of the press conference is available here. 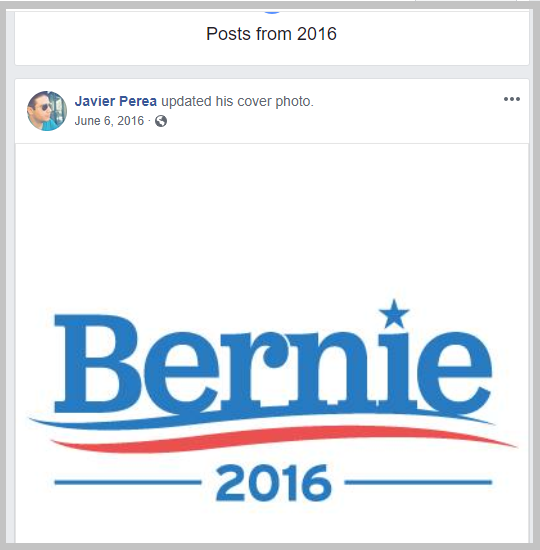 Perea said the city learned about construction of the wall and tried to access the site last Thursday but were denied entry. He said that the property owner applied for a permit Friday but the documents are incomplete. The construction violates city ordinances, and the matter has been given over to city court, he said.

The Sunland Park City Council has been vocally in favor of immigration, both legal and illegal, according to documents on the city government’s website.

The council held a special meeting Tuesday evening to discuss the budget as well as pass a resolution declaring June 3-7 as Amnesty Week.

The council also has advocated the city as the site for a possible port of entry operation. The council commissioned a study for the proposed Camino Real de Tierra Adentro International Port of Entry (POE). The study is available here.

Jason M. Reynolds has more than 20 years’ experience as a journalist at outlets of all sizes.
Photo “Javier Perea” by Javier Perea. Exclusive photos “We Build the Wall Construction” by Tennessee Star Staff.