Nashville, TN  How did the two-time Grammy award-winning Australian duo, For King & Country, comprised of brothers Joel and Luke Smallbone end up in Nashville, Tennessee?  I talked with brother, Luke, to find out.

It turns out that their Dad was a music promoter in Australia. Originally Dad promoted Amy Grant – a deal that didn’t work out too well, and decided they needed to move 6 kids (with a 7th on the way) to the states to “go on this wild adventure.” The job which Dad got in Nashville eventually fell through and everybody pitched in doing yard work etc. to make ends meet.  During this time Luke and Joel’s older sister, Rebecca St. James started her own projects which turned into a full-time career. Says Luke, “It was her situation and success that gave us roots in America and we haven’t really looked back. For Joel and me, it has been nothing but a delight [to follow in St. James’ footsteps].” 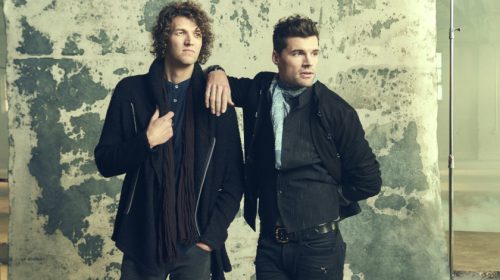 When asked who else influenced their music, Luke stated, “There were so many bands coming in and out of their house” that Luke couldn’t remember them all. They had bands like Stryper and White Hot and eventually Amy Grant. These bands may not have directly influenced their music, but they learned first-hand what is good music and what is bad music.

Luke and Joel Smallbone grew up in a God-fearing family and are “lovers of Jesus” so For King & Country are used to the label of “Christian Pop.”  But as Luke relates, “Christian music is different because it is defined by its lyrical content while every other genre is based off of the sound.”  However, Luke acknowledges that “it is Christian radio that led the charge” to promote their music.

Band names are always fascinating to me. Luke explained, “We wanted a band name that carried more meaning. We were in the studio recording our debut record that Joel had the idea of All The King’s Men, like the Humpty Dumpty nursery rhyme. Our producer overheard our conversation and swung around in his chair and said, ‘What about For King & Country?’ And we all felt a sense of providence in that moment. “For King and Country” was the battle cry of English soldiers willing to lay down their lives for their king and their country. And now it has become our mission, to lay down our lives for our King and our country.

Their debut album Crave was released in 2012. Then in 2014, after releasing their second album Run Wild. Live Free. Love Strong, the brothers focused much of their time on the feature film Priceless, which stars Joel in a story about human trafficking. So when their most recent album, Burn the Ships debuted, music distribution had changed dramatically. Before, you had digital storefronts where people could get their music, but now with streaming with Spotify, Pandora, Apple Music, etc., “getting your music has changed dramatically and it might not be predetermined by a genre,” Luke explains. “This is exciting for music, for Country or Heavy Metal or whatever, some of those walls are coming down because is that song fits over here, you will be able to hear that because of where technology is at today.”

With the Burn the Ships album/tour, For King & Country takes their music to a whole other level. When they wrote the songs for Run Wild. Live Free. Love Strong, things were very different then than they are now. Luke states, “If the Burn the Ships album were similar to the one we made four years ago, I think that we would be being dishonest to ourselves, to our likes and preferences, sonically and lyrically. You continually try to take what is happening culturally and in your personal life and infuse that into your music.”  As songwriters, they use metaphors and illustrations that relate to people today. The Burn the Ships album was written to comfort people who are divided or in a state of turmoil. The album’s soaring debut and Grammy nominated single, “Joy,” held the No. 1 spot for four consecutive weeks, marking the group’s highest debut on three Billboard charts. Their current single “God Only Knows” addresses the somber topic of suicide and its reality, but in the end, the song offers hope. Says one YouTube listener, “This song saved my life. Literally. Please pray for me.”

The title track from “Burn the Ships” is about moving forward and not looking back. The title track was inspired by a 1500s Spanish explorer who boldly landed his ships on enemy shores without any knowledge of what awaited his arrival. To ensure that the men were committed to their mission, he proclaimed, “Burn the ships!” The only way to go was onward; retreat was not an option.

As I watched videos from the Burn the Ships on Youtube, I noticed that videos had a movie-like quality that many current music videos lack. (In the video for the title track, they actually burn down a replica Spanish warship.) It turns out that brother, Daniel, is a professional lighting designer and brother, Ben, is a film director. “We’ve been filming crazy videos since we were kids,” Luke relates. 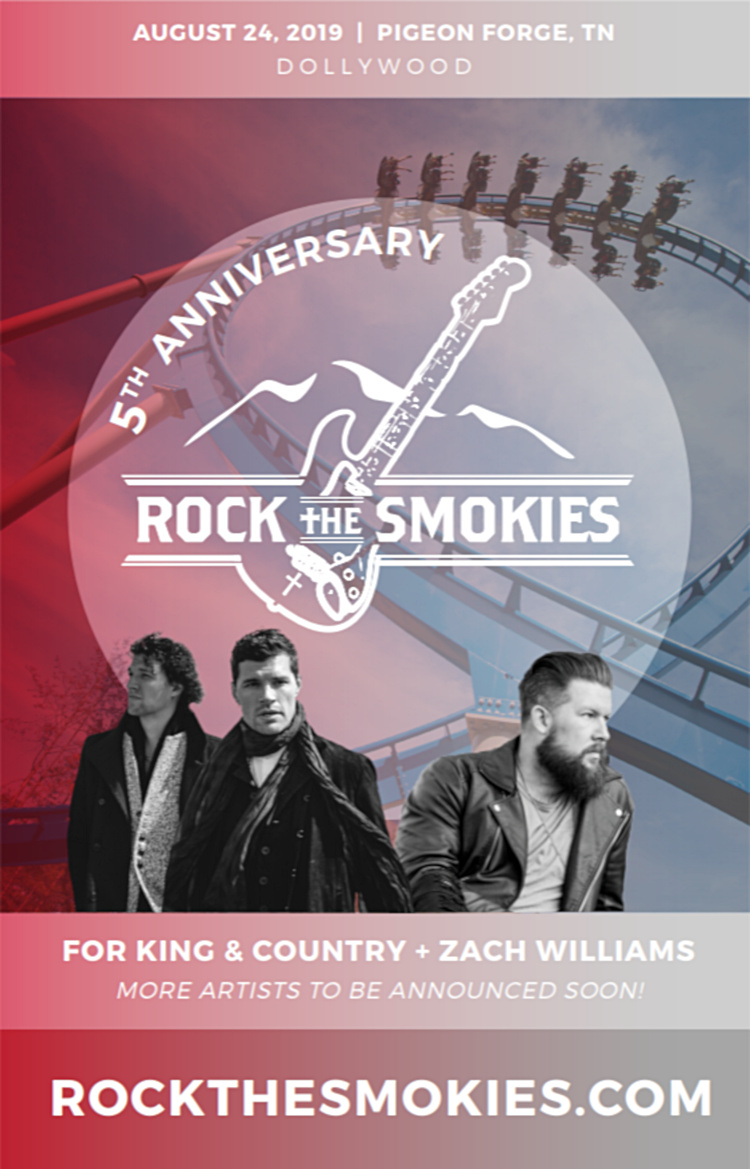 This past January For King & Country were privileged to return home and perform at the famed Sydney Opera House. Luke explains that when they left Australia as children that “Dad left kind of disgraced.” Sister Rebecca St. James had gone back to Australia and done OK. However just because they were successful in the USA, did not mean they would automatically be successful back in Australia. It turns out that they sold out the first performance so quickly, they asked them back for a matinee. They completed ten mostly sold-out shows in Australia. “It felt kind of like a warm hug that we had received from our people. It kind of redeemed some of these memories that we had left behind.”

Now, nearly every artist writes some or all of their music. “The respect that people give artists nowadays has a lot to do with whether the music sounds authentic to the person or not. We are in an age where we are craving authenticity, for [the music] to be transparent and real,” Luke explains. Even though the music industry has changed a lot in the past few years, Luke says that “the music industry is ‘back’ and the world is hungry for content and you have streaming and YouTube, film, and TV, so many different avenues that music can be consumed that it’s kind of like the Wild, Wild West again.”

You can see For King & Country at Dollywood’s Rock the Smokies Christian Music Festival on August 24 at the Ascend Amphitheater in Nashville on September 29. For tickets to other cities and states check their touring schedule.