Officials contacted authorities and then evacuated the building on East Main Street in Murfreesboro.

Murfreesboro Police Spokesman Larry Flowers said in a statement that authorities evacuated several other downtown businesses while they investigated the suspicious package. 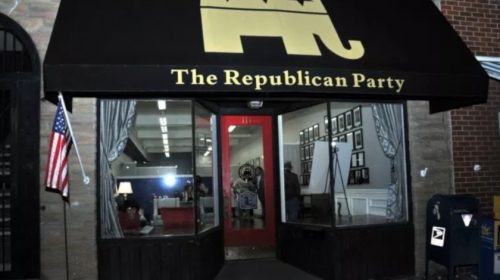 Later in the day, Flowers said authorities had rendered the package as safe.

“Police K9 was brought in. Everything is safe, the scene is clear and employees have returned to work,” Flowers said.

Flowers said someone found the package outside the building that housed the party headquarters. An employee took the box inside, opened it and saw what was a possible explosive device, Flowers said.

“An all-clear was given and the evacuation was lifted after the device was rendered safe and the area cleared with the assistance of a Police K-9,” Flowers said in a statement.

Flowers told The Tennessee Star Friday he had no other information to provide.

The Nashville-based WKRN reported the package contained a note saying the following:

ATF Special Agent and Public Information Officer Michael P. Knight said the USBDC will review the specifics of the incident to determine if there are similar incidents across the country.

“The threat made against the Rutherford County Republican Party this morning is alarming. There is no instance where violence is acceptable in any political conversation,” Golden said.

“We condemn this threat of violence and are extremely grateful to local law enforcement for their quick response to this potential threat.”

Anyone with information pertaining to this incident is urged to contact the Murfreesboro Police Department’s Criminal Investigation Division at (615) 893-2717.