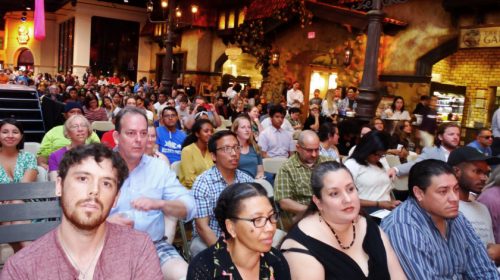 Later in the evening, Nashville mayoral candidate Julia Clark-Johnson said she wants to turn Nashville into a sanctuary city.

“The state of California has been successful into changing a lot of their cities into sanctuary cities,” Clark-Johnson said, suggesting Nashville follow that state’s example.

Several other At-Large and mayoral candidates joined them on stage. 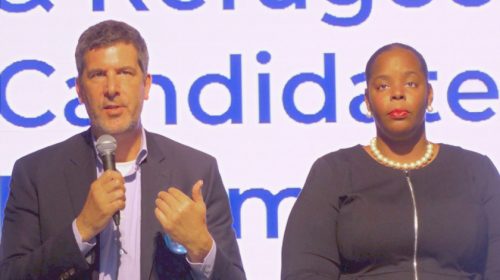 The Tennessee Immigrant & Refugee Rights Coalition sponsored the event, as did the American Civil Liberties Union of Tennessee, the American Muslim Advisory Council, and Conexion Americas.

The forum was in question-and-answer format, with members of those groups asking, among other things, what the Metro Nashville government can do to disentangle itself from ICE and stop future deportations.

At-Large candidate Bob Mendes, already on the Metro Council, said he will continue to do his part, especially with U.S. Republican President Donald Trump in office.

“After the presidential election, I helped write the legislation that would have kept the city from spending money on federal immigration enforcement,” Mendes said. 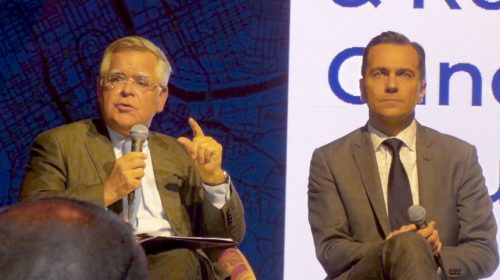 “We didn’t quite get to the finish line on that and, in fact, the state pre-empted us, but those are the issues we want to keep going with.”

Clemmons said he thinks it’s a shame immigrant children in Nashville are too afraid to fill out forms at their schools to apply for and receive free and reduced lunches.

According to a brochure, TIRRC members use community organizing techniques to dismantle what they call “harsh immigration enforcement systems.”