U.S. Rep. Mark Green of Tennessee’s Seventh Congressional District has uploaded several new videos and photos to his Facebook page from his recent trip to Normandy to observe D-Day celebrations. 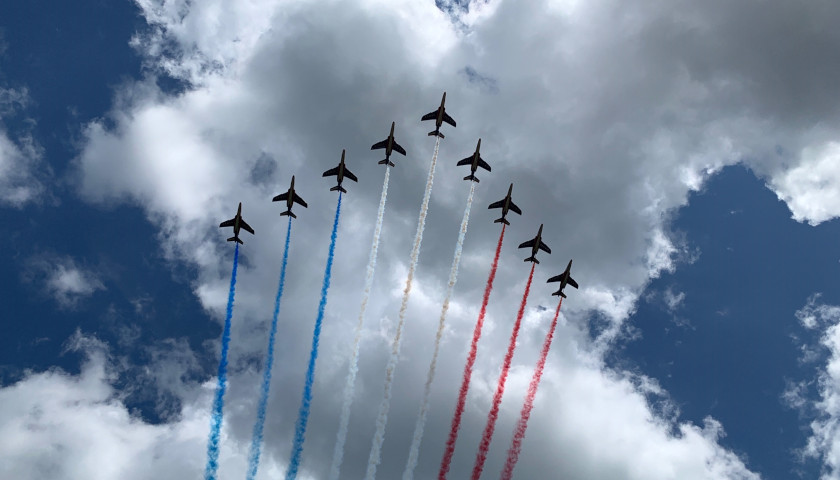 To commemorate the 75th anniversary of D-Day, Green joined some of his colleagues on a bipartisan delegation trip to France last week. U.S. Republican President Donald Trump and a bipartisan Congressional delegation honored the men who served in the largest amphibious invasion ever.

In one video, Green captured scenery of Normandy Beach.

In another video, Green stood atop a cliff at Normandy Beach.

“Today I get to stand here and look at these cliffs and understand more than ever before the incredible bravery it took to come up these cliffs while the enemy fired at almost point blank range,” Green said while speaking directly into the camera.

Other photos show Green aboard a military transport while flying over Normandy. Additional photos show other battlefields nearby and French planes overhead offering tribute to D-Day’s heroes. 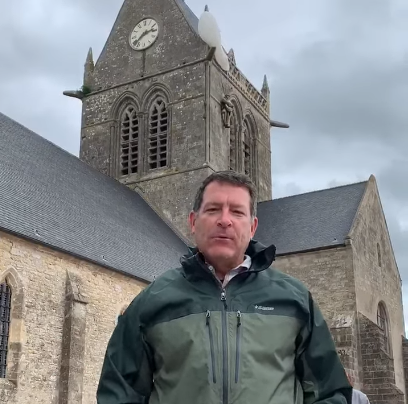 As The Tennessee Star reported last week, during his trip Green mingled with some of the surviving men who participated in that historic event. He also took time to reflect upon why we must never forget that day.

Green shared some of his observations by phone from France last week on the radio on The Tennessee Star Report.

“They are just tough guys. I got to talk with a bunch of them this morning. I went in and heard their stories. Fascinating. Chills up and down my spine since early this morning,” Green said.

“The guys who came home with a flag over their coffin, they are the heroes, and they are the ones that we must never ever forget.”

Another takeaway from Green’s trip — the cost of freedom.

“I think the thing most important is to remember the price that freedom cost us and to always remember we have to be ever vigilant to any encroachments in freedom,” Green said on Thursday’s program.

“China and Russia and Islamic Jihadist terrorists…they want to take that freedom away, and we have to stand ever vigilant, and we need a strong military and we need to support our men and women in uniform and never forget those who paid the price for freedom,” Green said.