In it, Google employees discuss the tools they use to try to undermine U.S. Republican President Donald Trump and to prevent his reelection next year.

“I have not yet seen the videos,” said Blackburn spokeswoman Elizabeth Gregory.

Gregory said she could not promise a response before Monday’s stated deadline. 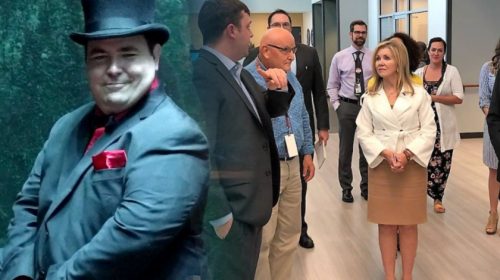 As reported, a Google software engineer with clout verbally attacked Blackburn last year, calling her “a violent thug” and a “terrorist.”

The comments reportedly took place in an internal email discussion last summer. The topic of discussion was a FOX News column in which Blackburn, then a congresswoman, urged tech companies to address bias against conservatives. Blackburn has criticized tech giants like Google, Facebook, and Twitter.

Lemoine accused Blackburn of lying to the public and of “causing the deaths of people she claimed to protect” – referring to her work on two anti-trafficking bills, which has pushed most sex workers off Twitter.

Lemoine at the time was a technical lead on Google’s search feed, formerly known as Google Now. The feed sends information to users proactively, using personal data to predict what information users want before they search for it.

According to Lemoine’s LinkedIn profile, he works on “research pertaining to fairness and bias in machine learning.”

Lemoine indicated that he supports censorship on social media.

“Taking down libel is not censorship,” Lemoine said.

As The Star reported this month, Lemoine had a role in firing a conservative co-worker.

Google recently fired software engineer Mike Wacker for complaining about an anti-conservative bias within the company.

“They just basically hauled me in front of a kangaroo court, basically called into this meeting with no notice,” Wacker told the network.

“They asked me a bunch of random questions and I’m still trying to get my bearings, I’m like trying to figure out why I’m being investigated.”

Google officials, however, told Fox Business that Wacker threatened co-workers, and the firing was justified after multiple warnings.

According to Breitbart, “Independent research acknowledged even by the anti-Trump Washington Post, found that Google search results tended to favor Hillary Clinton in the 2016 election. Research conducted prior to the 2016 election also found that if Google deliberately skewed its search results to favor particular candidates, it could shift the votes of undecided voters by margins of 20 percent or more.”