Metro Nashville School Board members will not ask voters to raise property taxes this year, as some people expected, said board member Fran Bush (pictured above).

This, because of a decree county officials put out Monday, Bush told The Tennessee Star.

“It’s too late to submit the resolution. This comes straight from the Metro Election Commission,” Bush said.

“We got the information from our attorney today.”

No one from the Metro Election Commission’s office returned our request for comment Monday.

The Tennessean reported last week that school board members might ask voters to raise the property tax rate by 16 cents so they would have more money for schools.

Assuming school board member signed off on the referendum, the vote would have taken place Aug. 1, the paper reported.

On Monday, however, The Tennessean reported that Tennessee law could stop school board members from asking for the referendum this year.

“Under state law, the election commission cannot put to voters a question less than 60 days before an election,” the paper reported.

As The Star reported, there were reportedly problems with the Metro Nashville Public Schools’ spending habits this year.

According to a recent audit, district leaders failed to use a competitive process in picking some vendors and paid more money than contractually allowed to two companies.

As reported in February, a software company got a no-bid $1.8 million contract, courtesy of the Metro Nashville Public Schools and, more specifically, now former Director of Schools Shawn Joseph, according to NewsChannel 5 of Nashville. 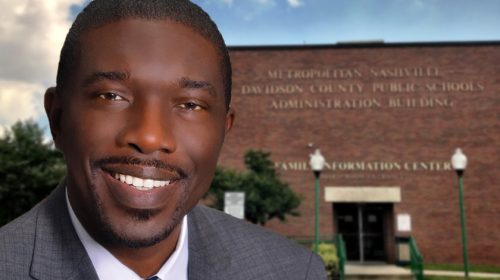 As The Star reported last year, according to Joseph’s contract, he made $285,000 a year, but the contract also allowed him to engage in outside professional activities, including writing, consulting, and lecturing, with or without honorarium, if such activities do not interfere with the performance of his duties as the director.

Among the other luxuries in Joseph’s contract last year:

• The school system paid for the medical, vision, and dental benefits for Joseph and his family — using the program of their choice.

• Joseph got a smartphone, a tablet, a laptop, an answering machine, a printer, and a computer installed at his house. Taxpayers were billed directly for all the expenses.

• He got 25 paid vacation days every year, exclusive of legal holidays. Even better for Joseph, unused days got carried over to the next year.

• He got a full-sized automobile, and he didn’t have to pay for gas, maintenance, or insurance.

• Taxpayers reimbursed Joseph for any expenses moving to Nashville.

• Joseph had an entire year after the start of the contract in 2016 to relocate himself and his family.

One Thought to “Nashville School Board Members Wanted to Raise Property Taxes, Despite Past Excessive Spending”