Murfreesboro Police spokesman Larry Flowers told The Tennessee Star little on Wednesday, other than the warrant was related to an ongoing investigation pertaining to Kelsey Ketron.

As The Tennessee Star reported, people have accused Kelsey Ketron of fraudulent practices at the Murfreesboro-based insurance company. According to her LinkedIn page, Kelsey Ketron is the company’s vice president. She is also an elected member of the Tennessee Republican Party’s executive committee. 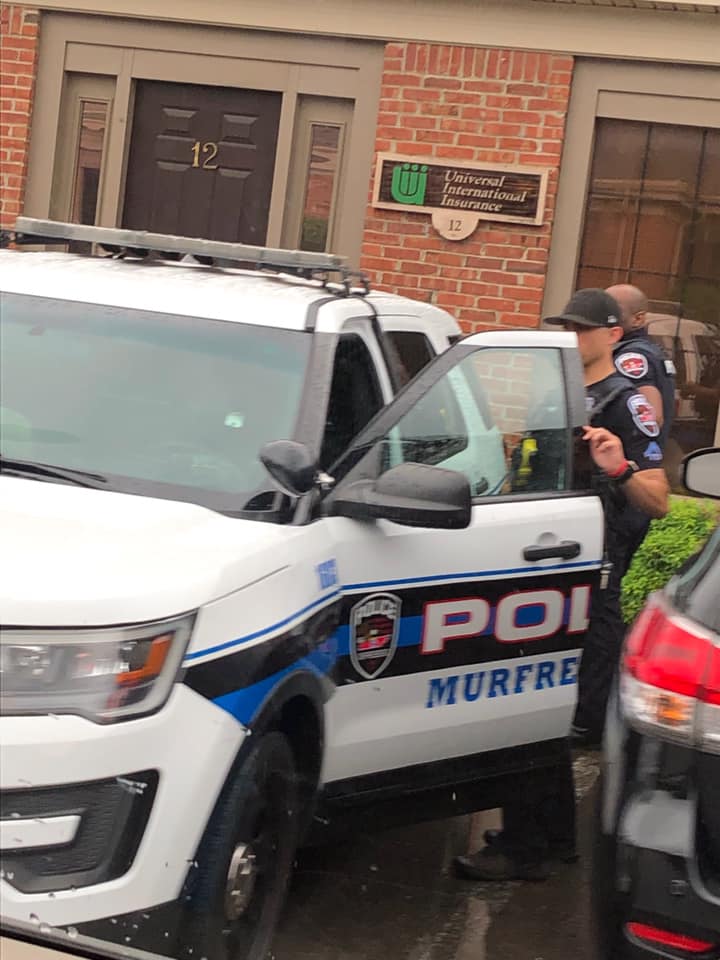 According to the Nashville-based NewsChannel 5, two uniformed officers stood outside the office’s front door Wednesday to keep anyone from going in or out.

“Kelsey Ketron has been banned by the state of Tennessee’s Insurance Division from all insurance related activities based on what the state called ‘fraudulent practices’ related to one of those clients,” the station reported.

“She is also accused of selling insurance without a valid license.”

The station also reported Bill Ketron and his daughter have not filed required campaign finance filings with the state in a timely fashion.

The station also quoted County Commissioner Robert Stevens, who asked Bill Ketron for answers as they pertain to this matter.

According to the Murfreesboro-based DNJ.com, Bill Ketron was “surprised and shocked” to learn of the search warrant at his office.

“Trey Harwell, the attorney for Kelsey Ketron and Universal International Insurance was not allowed into the business early Wednesday afternoon. He said his clients will fully cooperate with the authorities,” DNJ.com reported.

“Harwell said he believed the warrant was issued by a General Sessions court judge, but he hasn’t received a copy of it. There was no warrant on file with the Rutherford County General Sessions Court clerks early Wednesday afternoon. The attorney said he’s only heard of MPD’s involvement in the raid but nothing indicating the involvement of federal or state authorities.”

According to the Nashville-based WSMV.com, the Tennessee Insurance Division sent Kelsey Ketron a cease and desist order in May, accusing her of fraud and misappropriation regarding a case from 2017.

As The Star reported this week, clients allegedly paid Kelsey Ketron for insurance policies, but they never got the coverage for which they paid.

NewsChannel 5 identified Susan Calvin of Shelbyville as one victim.

“Calvin said she discovered she didn’t have a policy after a frozen pipe burst in her home and she filed a claim,” the station reported, adding that the same thing happened to Wade Hellemn of Lebanon.

“He told police earlier this year that after his house suffered water damage last year, he filed a claim and found there was ‘no policy.’ Police called it ‘fraud’ and also mentioned theft of property and forgery in that report. Hellemn told police he had paid Ketron $4000 for that insurance policy that it turns out didn’t exist. And he’s not the only one. According to a civil lawsuit, a Smyrna business owner says the same thing happened to her,” according to NewsChannel 5.

“In that lawsuit, Erica Martin, owner of Martin Construction and Restoration, claimed she paid nearly $12,000 to renew her company’s insurance in 2016. Ketron repeatedly told Martin ‘everything had been taken care of’ but it turns out, the premium was never paid and the policy was cancelled. Martin said her company lost more than $46,000 worth of business because it didn’t have insurance.”

According to DNJ.com, Kelsey Ketron faces a fraud by insurance company police investigation.