Surprise medical billing happens when a patient receives out-of-network care without his or her knowledge – either in an emergency or during a visit to an in-network facility. 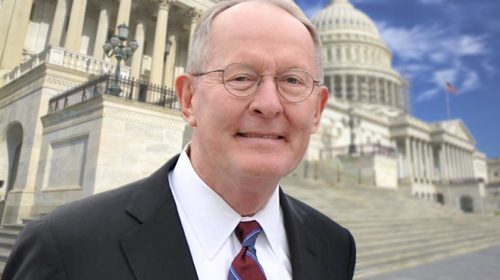 “This approach (“benchmarking”) would permit the federal government to set payment rates for doctors performing out-of-network care across the country. In doing so, benchmarking opens a can of worms that would ultimately threaten health care for millions of people,” the two state representatives wrote.

“This form of government rate-setting would be particularly harmful for hospitals, clinics, and emergency rooms serving Tennessee’s hard-to-reach rural patients as well as underserved urban communities. Allowing the government to dictate provider reimbursement rates—and to set arbitrarily low ones at that—would lead to many doctors being underpaid for the services they provide. America’s hospitals and other health care centers would be forced to contend with billions of dollars in losses.”

“This could lead to more hospitals closing down or consolidating, either of which would mean fewer options, increased burdens, higher prices, longer wait times, and a diminished quality of care for Tennessee patients” Lynn and DeBerry wrote.

“There are, however, more workable solutions in Congress that would protect patients from surprise medical billing without jeopardizing health care for anyone. Instead of benchmarking, these proposals call for an Independent Dispute Resolution to shield patients from being caught in the middle of a billing dispute between providers and insurers. IDR establishes a balanced billing negotiation process that encourages transparency and fairness, allowing both parties to submit their best ‘offer’ through an online portal. In 30 days or less, a final payment is determined by an impartial, third-party mediator.”

“Since then, in-network rates have increased as out-of-network ones have decreased, all while not impacting the cost or quality of care in emergency room settings,” Lynn and DeBerry wrote.

“This is the model that Congress should seek to replicate.”