That is all part of what Cooper called “effective progressivism.” 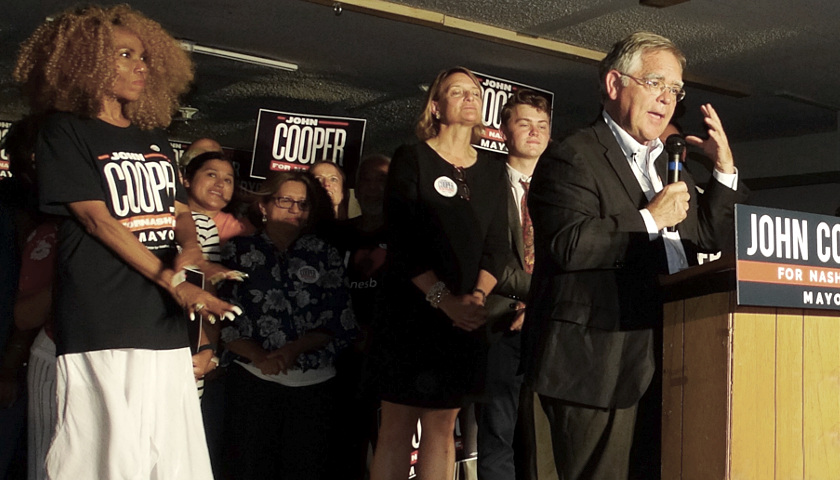 “It is my honor to take what I have heard and to be the voice and to demand something better. We know we can do better because we need things in this city. We need a transportation plan next year, not in 2025,” Briley told the crowd at Nashville’s Elks Lodge.

Cooper said more than 70 percent of voters want a new direction for the city, and they said as much by voting for someone other than the incumbent mayor.

“We need a mayor who is committed to recruiting and retaining the best of our city because this city needs a lot to get done,” Cooper said.“While we’re at it, let’s find the courage to pause and consider what we should preserve, what we should honor about what made Nashville special all along.”

Cooper also told the audience that “city finances are out of balance” and that shouldn’t go on “in this time of our greatest boom.”

The runoff election between Cooper and Briley is scheduled for Sept. 12.