So how does a girl who grew up in Pittsburgh and New Hampshire end up writing and singing songs in Nashville?  Even though she didn’t come from an inherently musical family, Parker McKay was singing before she could talk. Both her parents loved music and had it on in the car and all and she ever has wanted to do was sing. Because of her love for song, she studied theatre in college. Her forte was her ability to imitate people singing and push herself to try and get better and better. “Growing up, my mom and I listened to Sheryl Crow, Faith Hill, the Dixie Chicks, and I listened to all the divas like Celine Dion, Mariah Carey, Whitney Houston. I always just imitated them.”

After college Parker McKay did some off-Broadway stuff in New York. She had wanted to be signed with this particular agency and once they signed her, she almost immediately moved because “It was right around that time I realized that theater was not where I wanted to put my energy. I wanted to do my own thing as opposed to singing other people’s work.” 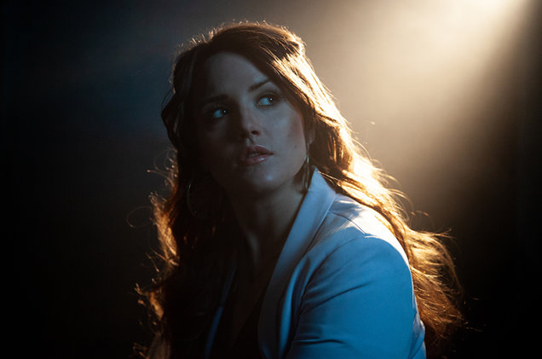 Like so many young artists, Parker McKay wanted to do country music because she “liked the lyrical aspect of country music.” She continued, “Nashville writers are their own special thing.” She was living in New York and there was no music scene there and she decided to come to Nashville in 2014 because “it seemed more accessible than any other place.”

Prior to her move to Nashville, she had a friend at Live Nation who helped her get opening appearances for artists like Rascal Flatts, The Band Perry, Sheryl Crow and Martina McBride. She related, “I loved opening for Sheryl Crow because she’s such a badass. Actually meeting her is on my bucket list.”

Parker McKay is an independent writer who has written hundreds of songs. But every song she writes is not necessarily for herself. “It depends on whatever happens in the room that day. If I am with another artist and it makes sense to write for them, that’s what I do. Some days you may write a song and you are not sure who it is for and you hear it played back. It ends up being for you and you just didn’t realize it.”

Parker McKay was recently added to CMT’s Artist Discovery Program for her song, “This Far” which was the first song she released in 2019. “CMT is super supportive of indie artists and of those who push the boundaries.”  “This Far” is a song about a relationship that is worth fighting for.  Often, for women in country music, women are portrayed as the weaker sex. But Parker emphasizes that “women have just as much autonomy over a relationship as a man does.” “This Far” has the female stating that, “I’m not getting what I need out this, but I really want to be with you.” That voice from women is what is missing in a lot of country music.

In addition to releasing “This Far” in 2019, Parker McKay has also released the singles “Honest” (a break-up song) and “Lately,” a song where she imagines what is going on with her ex. Parker explains about her songs, “They all are attached to feelings I’ve had. They are not always specific stories.” Although “Honest” has its roots in a break-up she experienced, she says “those feelings can happen in other areas of your life, like with a friend that you’ve outgrown or anyone who treats you poorly.”

In the world of streaming music, Parker says that “Spotify has been really kind to me and has placed my songs on a lot of new playlists which has opened [my music] to new ears. I think this is the best music I’ve ever released and that’s why Spotify has gotten behind it. You just have write music that is authentic and people will share it. Whatever is truest to me is what is going to connect with people.”

When asked about her future she candidly admits, “I want everything, Grammy’s and stadiums and arenas and all that.”  In the meantime, she will continue writing all the time no matter what.

In an interview, she did with The New Nine Parker advised, “Don’t be afraid to take risks. In fact, not taking risks is risky. It’s scary to break away from the pack and it may be more difficult or take longer but once you really hit your stride, people will pay attention. High risk, high reward.” For the many talented new artists living in Nashville, this is excellent advice.