A Montgomery County commissioner who supports a ban on anyone livestreaming their meetings said he and his colleagues acted based on Sheriff John Fuson’s (pictured above) recommendations.

The ban is a security concern based on Fuson’s confidential security protocols, Smith said in an email. 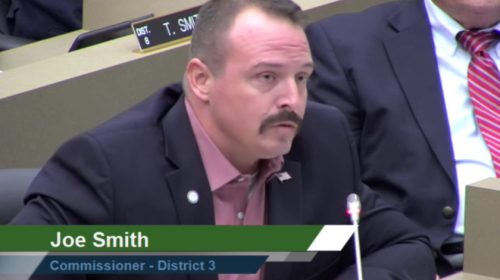 “As a United States Marine, I can tell you that anyone with security training will tell you that large gathering spaces are a much higher target risk than being in public alone,” Smith said.

“Those who wish to do someone harm will typically go for the place they can do the most damage and possibly get secondary targets as well.”

Commissioners’ resolution states that people who wish to use audio and recording devices will have their own designated area, Smith said.

“With that being said, nobody is allowed to live-stream,” Smith told The Tennessee Star, adding that policy also includes members of the press.

Authorities will treat people who come to the commission chambers to livestream as any disruptive person, Smith said.

“They would be asked nicely to discontinue what they are doing,” Smith said. 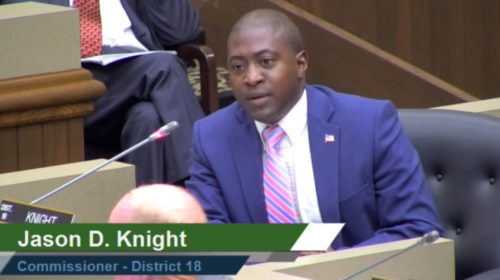 “If they do not, then they would be escorted from the premises.”

As reported last week, Commissioner Jason Knight warned of a chilling effect in the sense that other county governments might pass similar laws.

“This puts the county at risk of a lawsuit,” Knight told The Tennessee Star last week.

“I can see the average citizens’ rights being infringed upon by counties that are attempting to hide or attempting to control government information to the community by this particular rule that has been set. That means it could become an epidemic throughout the entire state of Tennessee.”

Commissioner Joshua Beal told The Star last week in an email that he opposed the resolution.

“Citizens in general have a distrust in our local elected officials, and this resolution does nothing to better that relationship. In fact, this has made it A LOT worse,” Beal wrote.

“I have nothing but respect for our sheriff (as I do for all my fellow elected officials) and I trust his judgment when he says this is a security concern. My problem, however, is that I have yet to be briefed on our security protocol. Because of this, I do not know what the actual security issues are.”

Watch the video of the latest County Commission meeting discussing the livestreaming issue: