The new NBC television series Bluff City Law will reportedly get an additional $1.4 million in corporate welfare on top of the nearly $3 million it’s already getting from Tennessee officials and Memphis Tourism.

This, according to The Memphis Commercial Appeal, which said Memphis’ Economic Development Growth Engine has approved that much money for the series to film on location in Memphis.

“EDGE President Reid Dulberger said this is the first time his economic development organization has considered awarding a payment-in-lieu-of-taxes (PILOT) incentive for a television show. While taxes on ‘personal property’ — manufacturing machinery, furniture, phones — are often reduced as part of a PILOT, the bulk of the savings for the company is usually in reduced property taxes on ‘real property’ — buildings and land,” according to the newspaper. 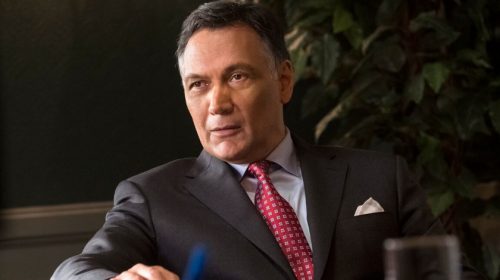 “In the case of ‘Bluff City Law,’ the tax abatement won’t be applied to buildings but rather Comcast’s personal property. That could include fiber, transmission lines, switching gear and other things that power the utility, Dulberger said.

Comcast is the parent of NBCUniversal, the company funding the show. Comcast has promised that savings it receives from the four-year PILOT will go to NBCUniversal.

As The Tennessee Star reported in June, Tennessee taxpayers may lose out of the deal, according to Ron Shultis, policy coordinator for the Nashville-based Beacon Center of Tennessee.

Beacon is a free-market think tank.

“The reason Tennessee should continue to give little—or, even better, outright eliminate these programs—is because film incentives have been shown to be a terrible value. State film incentives became popular in the mid and late 2000s. By 2009, 44 states offered some kind of film incentive. What those in the industry won’t tell you is that since then, thirteen states have completely eliminated their programs and several more have reduced theirs because these programs have been shown to be a bad value for taxpayers,” Shultis wrote.

“In fact, a recent study by Tennessee’s Dept. of Economic and Community Development (ECD) found that the $69.1 million given over the life of Tennessee’s program has resulted in $14.7 million in state tax collections, or a 21-cent return on the dollar. This estimate is on the higher side compared to most states, with some official state studies stating as little as seven cents on the dollar.”

Even if Bluff City Law is successful and airs for many seasons there are no guarantees it will film on location in Memphis long-term, Shultis wrote, reminding readers of the now cancelled ABC series Nashville.