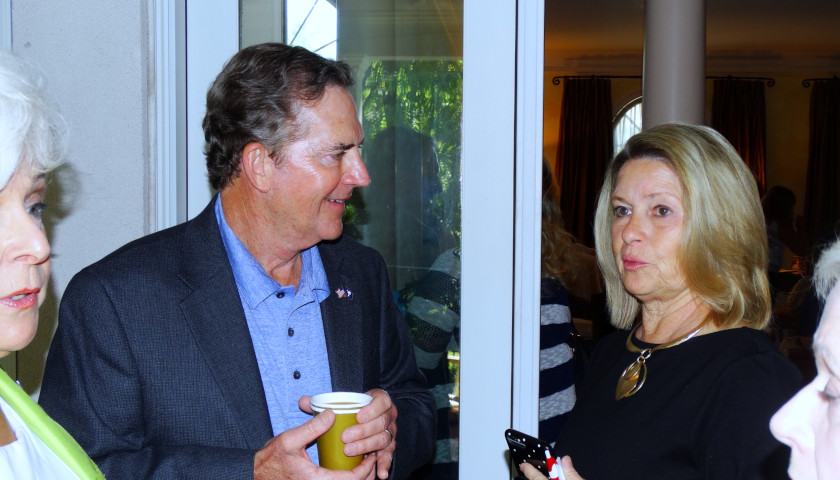 “People are as frustrated with state governments as they are with the federal government. Tennessee is a pretty conservative state. They tend to send more moderate or liberal Republicans to Washington. Our hope is we can get some good candidates.”

And to help make Washington, D.C. friendlier to people on the right, DeMint helped start a new nonprofit in that city called the Conservative Partnership Institute, designed to support conservatives inside Congress and inside the Trump administration.

“One of the things I have seen over the years in Washington and the House and the Senate and working on the outside is we spend a lot of time and money electing good people, but we don’t take care of them once they get there. Everything in Washington pushes the wrong way,” DeMint told The Star.

“The first question I get from people around the country is ‘What happens to people once they go to Washington? It just seems that they change. ‘The reason they do is there is just no support, no reward system for doing the right thing. That is what we started two and a half years ago.”

CPI staff members support elected officials, help them get good staff and train them so they can work more effectively and constructively, DeMint said.

DeMint and CPI Director of Policy Rachel Bovard have written a new book called Conservative, scheduled for release Sept. 24, according to Amazon.com

According to Amazon’s description, DeMint and Bovard make a case for returning to the principles that made America the freest and most prosperous nation in world history.

DeMint and Bovard spoke Friday at the Brentwood home of Sandi Wells. While there, DeMint met a crowd of about 30 people and discussed the latest news out of Washington, D.C.

DeMint was previously the president of the Washington, D.C.-based Heritage Foundation.