Facebook cited a fact check from two third-party fact checkers, telling Rose and Live Action that their statement “abortion is never medically necessary” was both inaccurate and misleading.

Health Feedback did not yet respond to a request for comment from the Daily Caller News Foundation.

The fact checkers were Daniel Grossman, professor and director of Advancing New Standards in Reproductive Health at the University of California, San Francisco and Robyn Schickler, OB-GYN and fellow at the Physicians for Reproductive Health, according to Health Feedback.

“Inaccurate,” the fact check reads. “Certain medical conditions such as placenta previa and HELLP syndrome can make abortion a necessary medical procedure in order to prevent the mother’s death.”

The fact checkers also rated the statement as “misleading,” saying “in situations where a fetus has not developed sufficiently, it would not be possible for expedited delivery to save its life.”

Rose disagrees. She told the Daily Caller News Foundation that “there are thousands of medical experts and OB-GYNs who say that you can practice medicine and care for the mother or the pregnant woman without directly killing the child.”

Rose also said Facebook chose to side with the two abortionists, and that Grossman and Schickler acted in bad faith.

“They took sides,” she said. “They sided with the two abortionists and they called us the spreaders of false news.”

“We were targeted by these abortionists for reporting done on them and on the abortion industry,” Rose added. “And Facebook became a willing accomplice in their targeting by allowing the fact check to go through and by penalizing our accounts.”

Facebook, which did not respond to multiple requests for comment from the DCNF, works with third-party fact checkers certified through a “non-partisan International Fact-Checking Network” in attempts to identify and rate false news.

Facebook content rated false will appear lower in a user’s news feed – an action that “significantly reduces the number of people who see it,” according to Facebook.

“If people try to share the content, they will be notified of the additional reporting,” a Facebook page on Fact Checking reveals. “They will also be notified if content they have shared in the past has since been rated by a fact-checker.”

It is possible that Live Action could dispute or lower the fact check rating if another fact checker disagrees with the rating given to the Live Action video, Facebook fact check guidelines reveal.

“Our data shows that disagreement among fact-checkers is rare,” the guidelines say. “But when it happens, we want to err on the side of giving people a voice.”

Rose explained that not only did Facebook administer a fact check to her own Facebook page and to Live Action’s, but the company also sent a push alert to thousands of Live Action followers saying that Live Action had shared fake news.

“I don’t even like to call them fact checkers,” Rose told the DCNF. “Because they’re really two important activists and abortionists.” 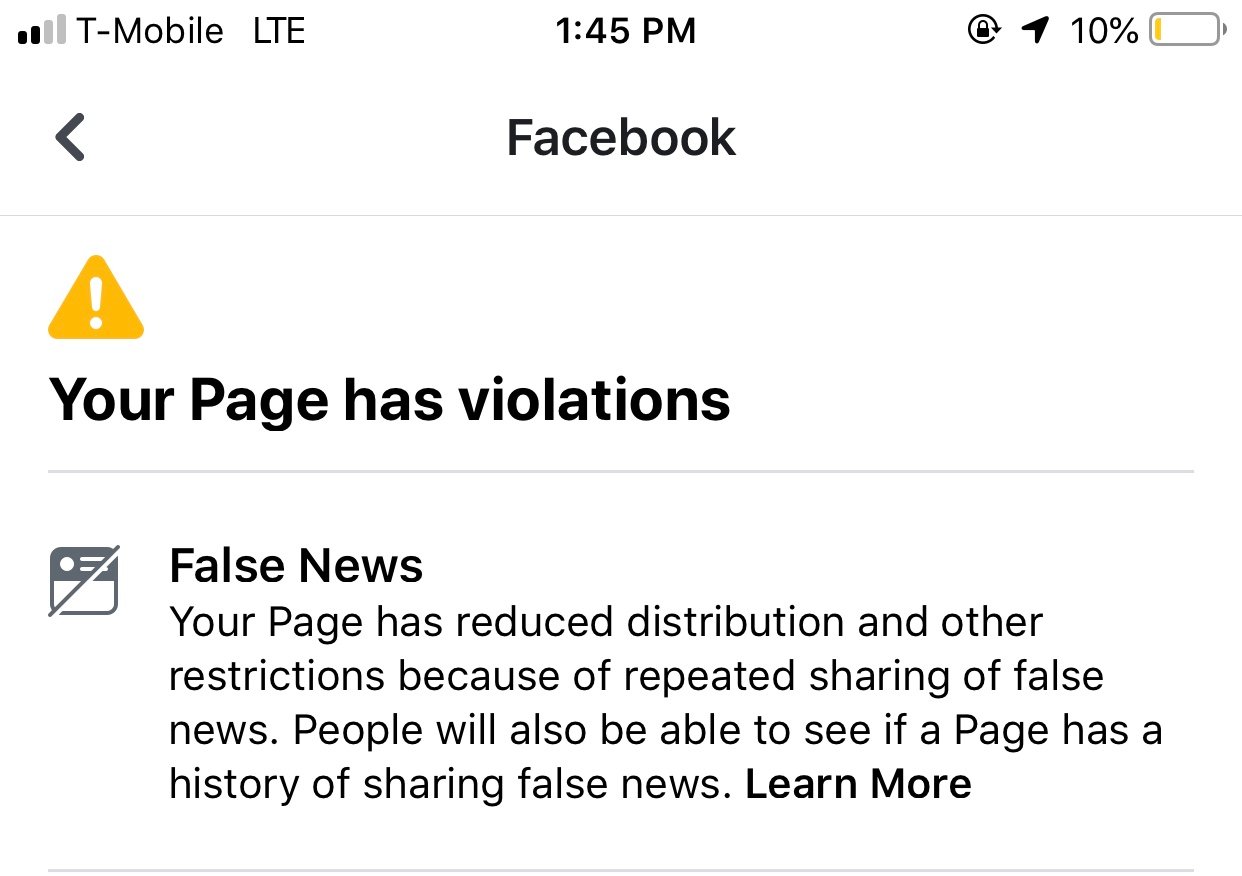 Live Action followers who shared the video were notified that they had shared “false news.”

Rose said Live Action has reported on Grossman and Schickler’s work before, examining Grossman‘s ties to the abortion industry and his push for at-home abortions.

“This was a retaliation coming from these two abortionists who are trying to silence us,” Rose said. “This has a lot to do with a bigger question of Facebook’s trustworthiness, which is very much a question right now.”

Live Action is looking into legal options against Facebook, she added.

“Live Action will never stop its work to educate the public about the reality of abortion and humanity,” Rose said. “We have over 3 million people who are following us and who are our community and we’re reaching millions more every day. And so we are not going to be in any way intimidated or stopped by abortionists.”

While Schackler did not respond to requests for comment from the DCNF, Grossman told the DCNF there are times when abortion is medically necessary when the alternatives to abortion are “more risky to the pregnant woman.”

Grossman also said that it is not Rose’s “place to tell physicians how to practice medicine or other women how they should handle their own pregnancies.”

This is not the first time that Live Action said it has faced censorship. Live Action lawyers announced Friday that they issued letters written in August to YouTube and Pinterest, saying that “YouTube and Pinterest have violated the law by engaging in illegal and discriminatory action against the organization based on its pro-life ideology and mission.”

Both platforms are in violation of California law and must immediately rectify these issues. pic.twitter.com/wtO9Qe8gOq

“When reviewing the evidence in both of these cases, it is quite clear that YouTube and Pinterest have engaged in discriminatory and speech-suppressing actions that have led to monetary and reputational damages to our organization,” Rose said, according to Live Action.

“We have played by the rules outlined by these enterprises, paid our bills and lived up to the terms of service agreements, yet they still choose to discriminate against us because we are a pro-life advocacy organization.”

YouTube told the DCNF in a statement that the company has been “very public that for a wide range of news and information queries, we have algorithms that are designed to surface authoritative content of all viewpoints, including pro-choice and pro-life videos.”

“This means we bring authoritative content to the top of our search results for abortion-related queries, among many other health and news-related topics,” a YouTube spokeswoman said in a statement to the DCNF. “Our search results and ads policies function the same regardless of whether there are pro-choice or pro-life viewpoints involved.”