It is well-known that the federal government has a spending problem, but it is less well-known that the government also has a hoarding a problem. As most Western state residents know, the federal government likes to hoard land. Unfortunately, it has not shown itself to be capable of managing the land that it holds. This hoarding impedes economic growth, and federal land mismanagement allows catastrophic fires that unnecessarily endanger lives and property. To address this problem, Congress should stop appropriating funds to buy more land and direct the administration to begin selling off unneeded federal lands to the private sector or turn the land over to lower levels of government that are closer to the people.

Just how much land does the federal government own? It turns out that the federal government owns so much land that it does not even know exactly how much it owns. According to a report issued this year by the Congressional Research Service, “The total federal land in the United States is not definitively known.” The government’s “rough estimate” is that it owns 640 million acres, which is equivalent to one million square miles. To put that in perspective, 640 million acres is about 28 percent of all the land in the country; and it is more land than is contained in the 21 states in the Northeast and the Midwest. 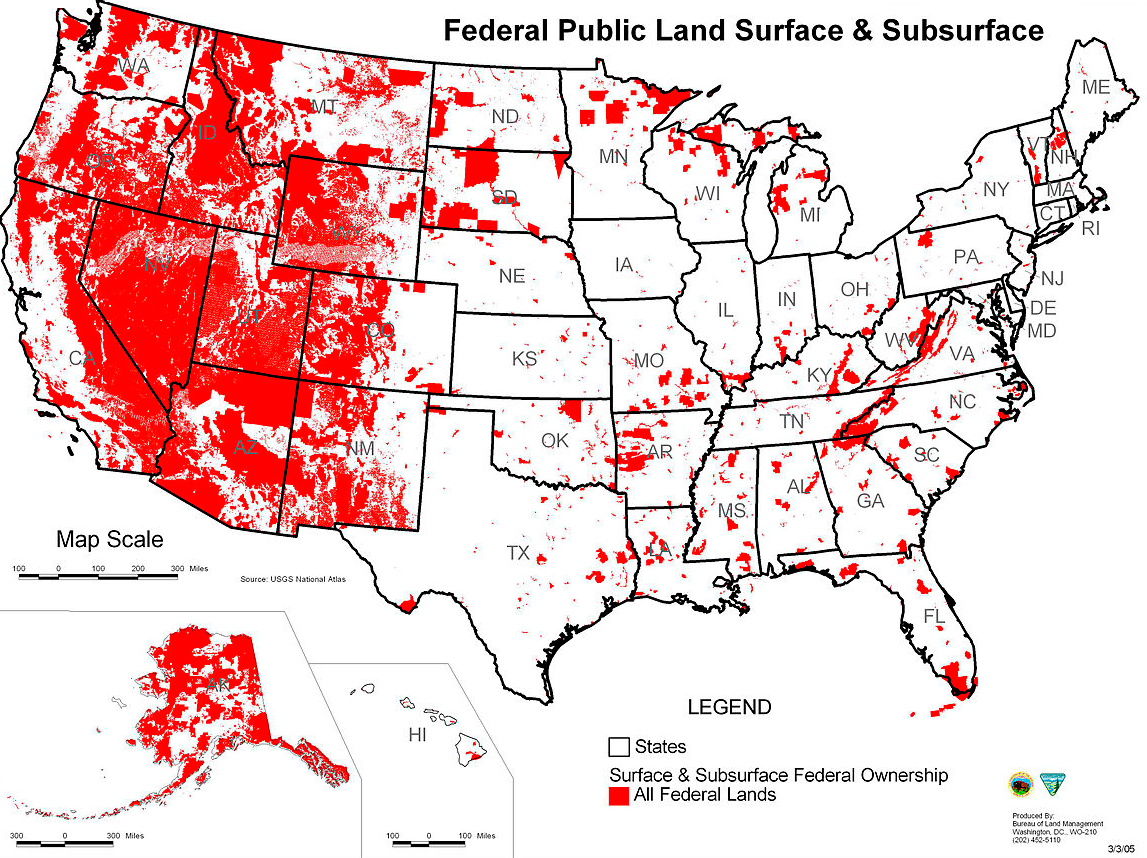 It is bad enough that the government holds so much land, but what is worse is that it is a poor manager of the land that it owns. Basically, the federal government acts much like an absentee landlord, which is part of the reason why there are huge maintenance backlogs on federal lands and why forest fires are so devastating. In fact, the four major land management agencies have a deferred maintenance backlog of more than $19.3 billion. Furthermore, the amount of lumber harvested from national forests has declined precipitously in recent decades, and the amount of wildland burned in an average year is dramatically higher than it was in the 1980s and 1990s.

Of course, the government’s failure to properly manage land is in spite of the efforts of dedicated public servants. Unfortunately, these workers must navigate through a maze of laws, regulations, and bloated bureaucracies that can hinder progress. Federal land management employees must also deal with constant lawsuits from left-wing groups trying to ensure that as much land as possible is locked up and made unavailable to loggers, miners, drillers, hunters, and other outdoor recreation enthusiasts.

With a national debt of over $22 trillion, Congress must take action. The federal government simply must get its finances under control — and stop hoarding land that it cannot properly manage. Some necessary budget changes might be painful, but halting the expansion of the federal government’s footprint should be an easy way to save hundreds of millions of dollars each year. Selling off federal lands or transferring them to state or local governments should lead to additional improvements in the federal balance sheet. With fewer federal lands, management and maintenance costs should decline, and money collected from land sales could be used to further reduce the deficit. Finally, selling off federal land would create economic opportunities likely leading to more jobs; and economic growth should lead to higher tax revenues at all levels of government, further offsetting the deficit.

Richard McCarty is the Director of Research at Americans for Limited Government Foundation.

One Thought to “Commentary: The Federal Government Hoards So Much Land It Doesn’t Even Know How Much It Has”