On Wednesday’s Tennessee Star Report with Michael Patrick Leahy – broadcast on Nashville’s Talk Radio 98.3 and 1510 WLAC weekdays from 5:00 am to 8:00 am – live from Washington DC Leahy sat with Diamond and Silk of YouTube fame about how they came to be and what triggered them to start their YouTube channel. 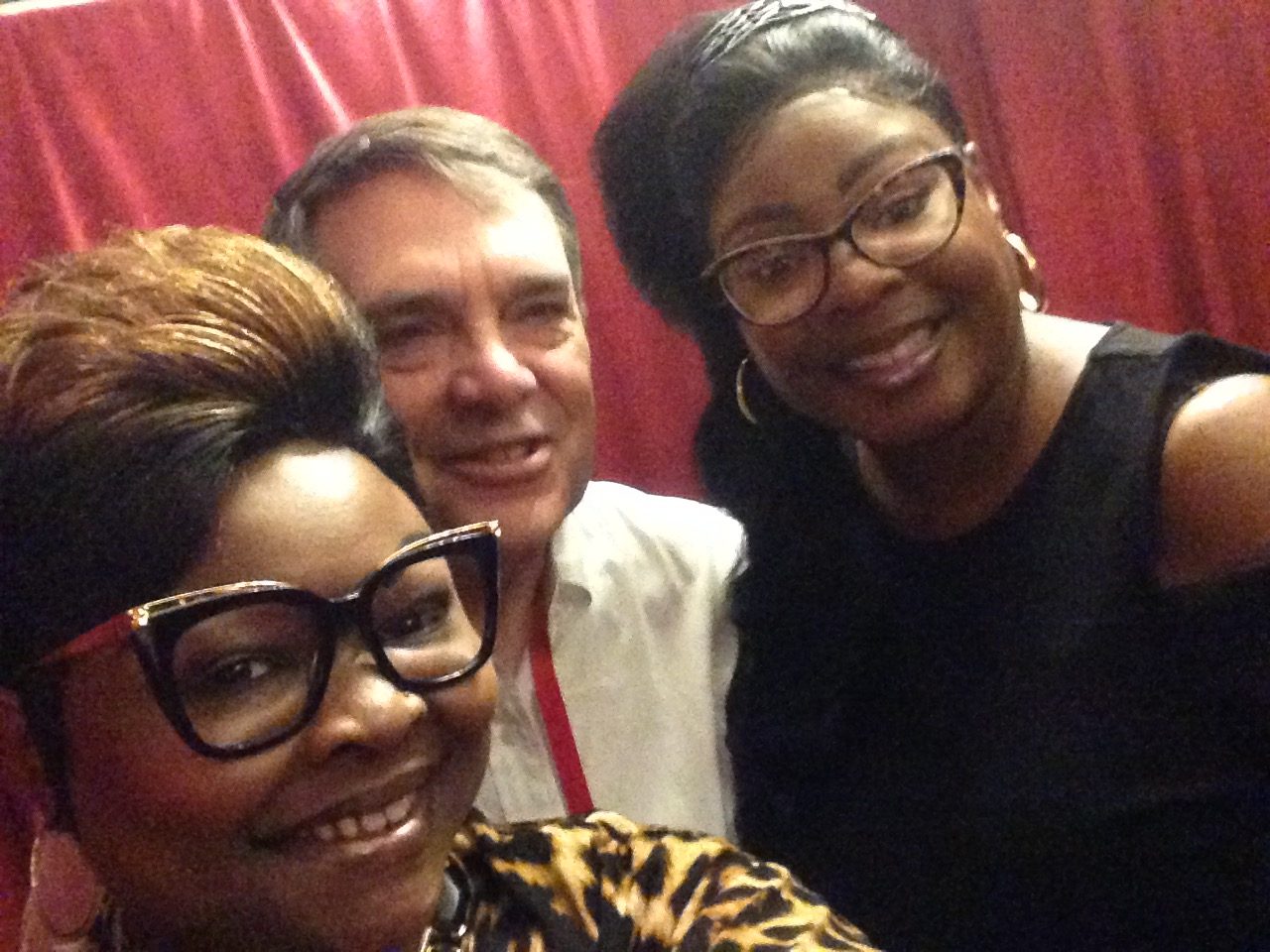 Towards the end of the show, Diamond and Silk explained how they believe it was their God-given time to be doing what they do now and that they have since left the ‘Democrat plantation.’

Leahy: Were in Washington DC and the highlight of this adventure is sitting in front of me right now, Diamond and Silk. Good morning Diamond.

Leahy: Wow. I told my wife I was coming up here for two days and with a long list and she said, ‘Diamond and Silk!

Leahy: You got to say hello to them for me. I love them!

Silk: I stopped what I was doing and actually cut all my TV.

Diamond: And then she called me back halfway through. She said, ‘Girl, this is going to be the next President of the United States.’

Diamond: And we didn’t think anything of it but we noticed how the very fake news, the mainstream media started throwing him under the bus. Calling him demeaning names. And we’ve never heard of that. Then, Donald Trump, he had been in the public eye for 30-40 years

Diamond: And not one time did someone call him a nasty name like that until he started running against Democrats. Listen, we spoke out about it. We just didn’t know all of these people were going to hear it.

Leahy: So you said, sisters?

Leahy: And where are you from?

Silk: Outside of Fort Brag.

Leahy: The President’s rally must have been there because you were there.

Diamond: Oh my God, we spoke at that rally. It was so amazing. Just to see patriotic people attending these rallies. They want to hear what the President of the United States had to say. It’s just like a big celebration party.

Silk: Like a big family reunion. And it’s all Americans. It’s white American. Black American. Hispanic, Latinos. ALL Americans. It’s not like the President has to go out and pander for votes. They come in because they going to give him their votes.

Leahy: So 2015 you see the President when he was first announcing his campaign. What were you doing in Fayetteville? What was your job, Diamond?

Normally I don’t pay any attention, but that caught my attention. And I had to lay across the bed to listen to Donald Trump. And then I got up and went to the dresser, picked up my cellphone and called my sister and said, ‘Girl, cut all your television.’ If I hadn’t been home that day…

Diamond: I would have missed all of this here and it would have gone above my hand.

Silk:  I can give you this tip that we had worked in manufacturing before.

Leahy: So you were in manufacturing?

Silk: Whenever we saw a lot of the jobs going overseas and we saw where a lot of especially Americans were basically getting kicked out of work because at the time we said Mexicans, we didn’t understand it was illegal aliens at the time. So when we heard President Trump talk about it we said, ‘Oh, that’s what’s going on.’ We didn’t understand but he’s the one that brought it to light.

Leahy: So let me ask you this question. This is out of the blue. Our company, we actually do textbooks, in addition, the radio show and our websites. We’ve got this one on the Constitution and you can take a look at that. But we have a new one coming out and I just got to get your reaction to it. Here’s the theme.

If You Want to Keep America Great, Make Shop Class Great Again. And we’ve got a new textbook on Shop. You have a manufacturing background. The President’s a big push for more manufacturing. What do you think about that?

Diamond: I think that’s good. Listen to me. Everybody is not what you say, college inclined or want to go to school and get a degree and have these student loans. And some people do better with their hands. So anything that makes that person feel comfortable. I tell people to use your gifts and your talents. That’s what’s going to make room for you. And make sure you’re doing what you love to do.

Leahy: You just had to come. That got you guys up. (Laughter)

Diamond: We loved it. We love what we do. So I think that’s an excellent idea.

Leahy: Are you guys coming to Nashville some time?

Leahy: I think maybe you might be at the Politicon thing coming up.

Diamond: We have a huge schedule. You know we’ve been traveling all over the country. Everywhere. We’re just coming in from California. I’m just like we’ve been everywhere. Sometimes I don’t even know where I’m at.

Leahy: When will that be coming?

Leahy: Very soon. So how did you start the process? Did you think it would turn into this much?

Diamond: No. Listen to me. We started the YouTube channel back in 2014. I believe it was probably December of 2014. We didn’t think anything. When he announced and we saw how the media started throwing him under the bus we spoke out about it.

Diamond: We just didn’t know all of these people were going to hear about it.

Silk: Remember we only had 10 people on the YouTube channel.

Silk: That’s only 10 people subscribed to the YouTube channel. We just started speaking out about what we didn’t like and what we liked about him. And everybody just started picking up and listening to it. What is that thing about you say, ‘If you want to make God laugh tell him your plans?’

Diamond: We had no plans for this. We did not know our life was going to take this turn. He’s not going to bring you to it if he doesn’t see you through.

Diamond: So he brought us to this because he’s going to see us through it. I believe we were designed and made for this stage. It’s like Donald Trump, he was designed and made. Because with all of the scrutiny that they put on him every single day he’s still able to stand. He’s still able to rise again in three days. Listen, let me tell you something. This is how God does things.

Leahy: So you started off with 10 subscribers on your YouTube channel. How many do you have now?

Silk: A quarter of a million. That’s only on the YouTube channel because YouTube has really been censoring us.

Leahy: What a shock.

Silk: Yes, they have.

Diamond: And our views. Because they automatically assume that because we’re black we need to push more liberal policies. We should be Democrat. But we thought just because you’re black it doesn’t mean you had to vote Democrat. And what we did is was get off of what we call that ‘Democrat plantation.’ We switched our party to Republican to vote for Donald J. Trump. That’s just how it was.

Diamond: And I don’t plan on going back to Democrat.

Listen to the full hour: