GOODLETTSVILLE, Tennessee — U.S. Republican Vice President Mike Pence flew to Nashville Monday to promote the United States-Mexico-Canada Agreement, which he said would create nearly 200,000 new U.S. jobs, but only if Congress passes it into law. 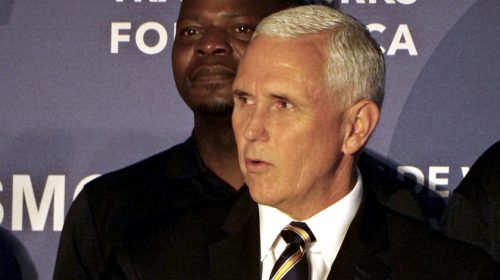 Pence spoke to an audience of several hundred people at the Tyson Foods Plant in Goodlettsville to push for this proposed trade agreement, also known as USMCA for short. Pence said U.S. Republican President Donald Trump is impatient to see it passed into law.

According to the Office of the U.S. Trade Representative’s website, the USMCA would “create more balanced, reciprocal trade that supports high-paying jobs for Americans and grows the North American economy.”

Pence said the benefits to USMCA are plentiful. 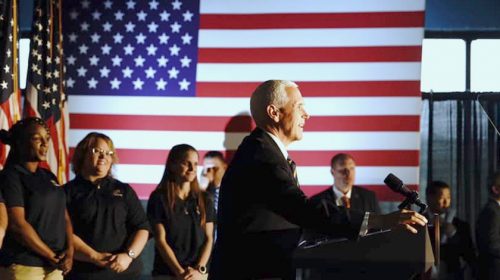 “The truth is in negotiating the USMCA the president did negotiate the largest trade deal in American history, and it’s a win for agriculture. It’s a win for Tennessee. And I came here today to call on the people of Tennessee to join us in this cause and let your voice be heard,” Pence told the audience.

“The truth is according to the International Trade Commission, the USMCA is projected to add $68 billion to our economy and create 176,000 new jobs. It’s also estimated the USMCA would increase annual American exports by $2.2 billion.”

“Under the agreement, Canada will increase access to imports of American chicken by 10,000 metric tons within the first six years. And then increase them by 1 percent for the next 10 years,” Pence said.

“In addition, it will allow the United States to export up to 1,000 metric tons of turkey products every year for 10 years. According to one estimate, poultry exports to Canada would increase by more than $180 billion with nearly 50 percent in the first six years after the USMCA goes into effect.” 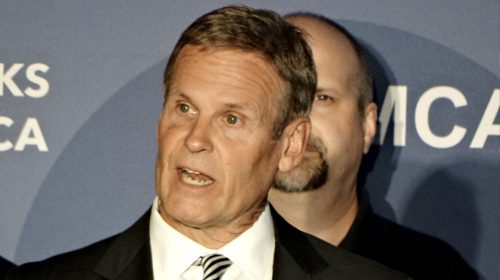 “Our farmers have had challenges here in Tennessee, particularly out west, in the floods, which we’ve toured,” Lee said.

Pence encouraged Tennesseans to contact their representatives in Congress so they will act sometime this year.