NASHVILLE, Tennessee – When I initially heard George Ducas sing at Bluebird café, I didn’t realize he was an accomplished songwriter with quite a few songs under his belt.  What I did immediately perceive was what strong, smooth vocals he had and how was completely at ease he was in the intimate setting. When I interviewed Ducas a few weeks later, I was shocked to find out that he had no previous formal musical training. Here is his story.

George Ducas was born in Texas. When he was five, his parents divorced and he, his mom and his sister moved to California. However, Ducas and his sister still spent summers in Texas with their dad.  The summer he turned 12, his mom thought it would be better for him to remain in Texas with his father. Even though he now sees it was the best thing, young Ducas was devastated. 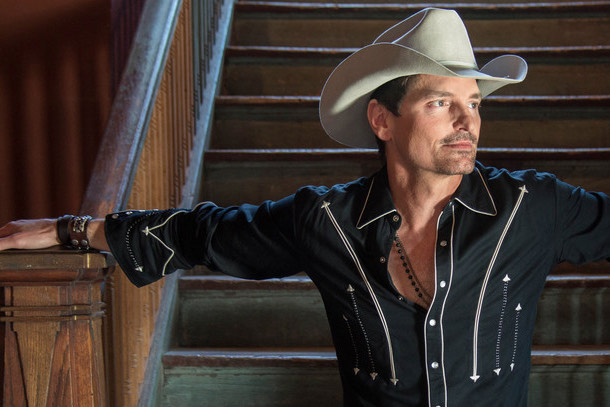 He was interested in guitar while he was a child still living in California, but he didn’t really get exposed to country music until moving back to Texas. Ducas cites his influences as Willie Nelson and Texas singer/songwriters like Guy Clark and Jerry Jeff Walker.  He states that the “cool factor” of the Urban Cowboy songs made an impact on him.  “Even though I was just twelve, I wanted to go to Gilley’s,” the signer said.

Ducas got a guitar for Christmas one year and his dad signed him up for classes, and took two lessons and quit because “it was too difficult and much harder than I thought it would be.”  Ducas put down the guitar and picked up about a year later.  Since he still had the old notes and chord diagrams from his previous lessons, Ducas began to teach himself. He started listening to records and began figuring those songs out and playing what he heard.  “It was easy to hear the guitar in albums like Willie Nelson’s Red-Headed Stranger.  My guitar sounded like his because it was acoustic too, it wasn’t a bunch of electric stuff,” Ducas said.

He also listened to some of his parents’ old blues records like Johnny Lee Hooker, Howlin’ Wolf and Muddy Waters.  “I was learning that stuff as well as country.” Ducas continued, “I’ve always felt that country was the ‘white man’s blues, so it all kind of ran together.”

Because college was expected, Ducas went to Vanderbilt and got a degree in economics from Vanderbilt University, “so I wouldn’t disappoint my dad.”  Following graduation he got a job at a bank in Atlanta and lasted almost a year when he decided, “I’m out, I’ve got to go do this while I can.” After some encouragement and guidance from some music friends in Atlanta, he packed up a Ryder truck and headed back to Nashville.

At that time, it was an exciting time in Nashville spurred on by a “secondary Outlaw Movement.” Roseanne Cash, Emmylou Harris, Steve Earle, and Dwight Yoakam were popular and it exited Ducas as he decided to give this music thing a go.  “This music wasn’t formulated, or music by committee. They were more than just a bunch of talking heads in a room working for a label.  They were real.  Real is Willie Nelson. Real is Merle Haggard.” 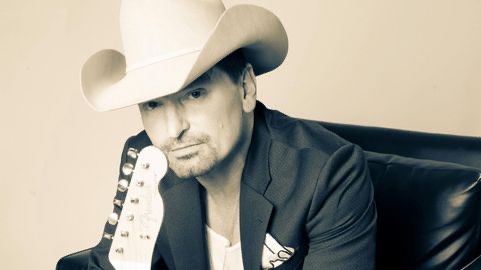 Nashville has always been first and foremost about making money so if something appears to be working, it has a tendency to be driven into the ground.  Ducas was determined to forge his own path in an industry built predominantly on formula. The singer wrote his own songs so he wouldn’t become another “widget” the Nashville wagon wheel.

He reminisced, “Looking back, economically speaking, I probably should have played the game a little bit more. Things would probably be smoother now.  But I didn’t. I wanted to educate people with the ‘real stuff.’ I wanted to sing, but I didn’t want to compromise.”

People would tell him, “Being a recording artist will come and go, but writing songs, you’re going to own those copyrights.”  A song he wrote and recorded, “Lipstick Promises” cracked the country top ten in 1994.

Taking time off to write songs gave Ducas the chance to spend time with his kids when they needed him most.  His talent for songwriting is evident, as Ducas has had his songs recorded by the likes of ​George Jones​, ​Garth Brooks​, ​Eli Young Band​, ​Gary Allan​, and ​Randy Rogers Band​, just to name a few. In 2005, a song that Ducas wrote with Radney Foster, “A Real Fine Place to Start” was recorded by Sara Evans and went to number one.  Despite having so much success with writing for other artists, Ducas states, “there’s a craving that can only be filled by recording your own songs.”

With music now being distributed by online streaming, selling albums and CDs is no longer a viable way for artists to make a living.  Ducas states he actually wants to tour. “My happiness is the write these songs and go out and play them with a band and being on the road is just awesome, sort of like the Wild West. The ‘frontier’ makes it so alluring and romantic to want to go do this thing.” He continued, “You can’t just sit in the background anymore and wait for the record sales to pour in because there aren’t going to be any.”  He is very excited to tour every chance he gets.

Two of the hits off Ducas’ newest album, Yellow Rose Motel, are “Eastwood” and “Unlove You.”  “Who doesn’t love Clint Eastwood?” he asks. The album is based off the concept of Willie Nelson’s Red Headed Stranger record. Throughout the album, you’ll see a theme of relationship truths and love songs.  But no song more strongly captures his blues upbringing than the “Yellow Rose Motel.”

I liked it before even a word was sung. The title track is a throwback double murder/crime of passion song reminiscent of 1950s Beale Street in Memphis.  Written with co-writer Jeremy Crady with words like “It was a cold, rainy night/ I couldn’t stand anymore/ I knew she wasn’t alone/ when I kicked down that door/ I had a bullet for her and a bullet for him/ I pulled the trigger and I pulled it again/ love, love is a crime in room number twelve down at the Yellow Rose Motel.”

Yellow Rose Motel Volumes One and Two are now available on Spotify. Ducas explains, ”We’re releasing the album digitally first, in four volumes, so there’s new music coming continuously throughout the year. The hardcopy CD (and vinyl) won’t be available until the full digital release is complete to give a primary focus to the streaming audience before releasing the hardcopy in November.”

With Ducas’ music being more traditional than the current mainstream country, I asked if he was OK with the “Outlaw” label.  He said, “I feel like it’s an honor to called that now, but I’ll take almost any label because that means people are noticing you.”

Ducas will be touring in Oklahoma and Texas for the rest of the year with stops in Minnesota, Michigan and Illinois in 2020. To see if he is touring in your area, check here.