Rose said they do not.

“I hope we have the good judgement not to (impeach), but the predicate question is are we going to have a true inquiry or is it going to be a kangaroo court? And, as you know, the Congress has not yet voted to begin a formal impeachment inquiry and, as such, we have not evoked the historic standards that have been applied in past impeachment proceedings,” Rose told The Tennessee Star during an appearance in Gallatin. 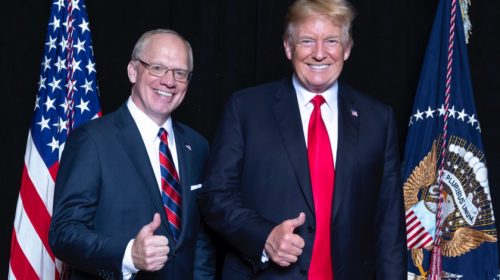 “The president is indicating the administration won’t cooperate unless those protections and that formal process is put in place. I think impeachment at its core is really a political process. The question is do Democrats believe that the politics are such that it would be in their best interests to proceed with impeachment? Frankly, I don’t see any evidence to support the extraordinary step of impeachment. I guess we will see in the days ahead what they choose to do.”

Rose went on to tell The Star that voters elected Trump president in 2016 knowing his nature and knowing he’s unconventional.

“They chose that purposefully, I believe. The continuing attempts to undo the outcome of the 2016 election, I think, are folly and are not in the interests of the republic or the democratically elected officeholders,” Rose said.

“I hope the Democrats figure that out in short order and let us return to doing the people’s business.”

As reported last week, Rose said, “There is a lot of excessive acrimony in Washington, D.C., and a lot of people there should take a chill pill.”

Rose also said the Deep State is real and that people working in it impose many burdens upon the United States. People use the term Deep State to describe federal employees who manipulate or control government policy.