A Civil Asset Forfeiture Task Force hearing is reportedly scheduled for 9 a.m. Oct. 29 at the Cordell Hull Building in Nashville.

This, according to the Los Angeles-based TenthAmendmentCenter.com, which said State Rep. Martin Daniel, R-Knoxville, wants to reform Tennessee’s asset forfeiture laws to require a conviction “before prosecutors can permanently seize a person’s property.”

“Last year, Daniel sponsored a House bill that would have created a process to determine whether there is probable cause before proceeding with asset forfeiture and close a loophole allowing state and local police to circumvent stringent state asset forfeiture laws by passing cases off to the feds,” TenthAmendmentCenter.com reported. 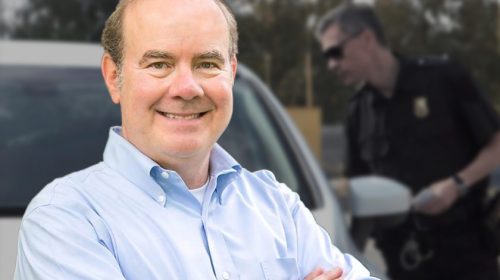 “In 2018, the Tennessee legislature passed modest reforms to the state asset forfeiture process, but it rejected more strict restrictions on the process under intense law enforcement opposition. The law now requires law enforcement agencies to provide formal notification within five days of a property seizure or of a forfeiture-warrant hearing. Authorities must provide notice whether or not the owner was present at the time the property was taken. The bill also requires the state to pay attorney fees if a person proves police wrongfully seized their property. Additionally, the (bill) stipulates that merely possessing large amounts of cash is not considered a crime.”

Daniel told The Tennessee Star in April that members of the Tennessee General Assembly won’t tackle civil asset forfeiture abuse because they fear a backlash from law enforcement.

“Law enforcement likes to have this revenue, I would assume, because there’s not a lot of accountability and transparency. They can use this money to spend it any way they want to without the legislature’s or a county commission’s oversight,” Daniel said at the time.

According to Justiceactionnetwork.org, Tennessee law enforcement officers can use civil asset forfeiture to seize and sell people’s property. They can do this “based only on their suspicion that it has been involved in criminal activity, without having to charge the citizen with a crime.”

Law enforcement officers can sell or auction this property to supplement their budgets. Officials in Tennessee, Justiceactionnetwork.org went on to say, have seized and forfeited more than $85.9 million dollars in property between 2009 and 2014.

As The Star has reported, authorities have many times accused Tennessee law enforcement officers of improprieties involving a local drug fund or seized evidence related to alleged drug crimes.

• As reported last year, officials in the town of Whiteville allegedly paid $9,230 from the drug fund and bought office furniture and wiring for the new city hall building.

• As reported in February, Tennessee Comptrollers called out officials in Sullivan County for keeping seized property a lot longer than they should have.

• As The Tennessee Star reported, Humphreys County Sheriff’s officers took more than $16,000 in money from their Drug Control Fund and used it to pay for things they weren’t legally allowed to, according to one recent audit.

• As reported in April, Gibson’s former police chief failed to obtain a forfeiture warrant and failed to list the legal and factual basis that made the vehicle subject to forfeiture, signed by a judge. They also failed to file seizure forms with the Department of Safety and Homeland Security and negotiate and enter settlement agreements for the return of the vehicles to the owners, according to a state audit.