One year ago Monday, an illegal alien allegedly got drunk and, according to authorities, killed 29-year-old Bedford County resident Keri King in a traffic accident.

Because he is still at large, one might assume Torres-Rangel left the scene of the accident and no one has seen him since.

But, as The Tennessee Star reported last year, Torres-Rangel was injured in the accident he caused. Members of the Tennessee Highway Patrol reportedly transported him to Vanderbilt University Medical Center in Nashville. 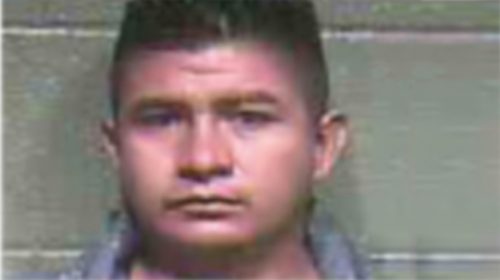 And somehow, some way, Torres escaped that hospital unnoticed.

As for Keri, Bedford County resident Cheri Blackwell was her sister. She described Keri as a young girl who dreamed of having a family.

“That never happened because of this drunk driver that already had several DUIs. He was driving on the wrong side of the road,” Blackwell said in a text message to The Star Monday.

“I pray that he is caught soon.  I pray they are still searching for him.  Is there any justice?  I haven’t seen any at all.”

Torres-Rangel already had a criminal record in the United States.

As reported, officers with the Glasgow Police Department out of Kentucky arrested Torres-Rangel six years ago and charged him with operating a motor vehicle under the influence of alcohol or drugs — first offense. They also charged him with not having a moped driver’s license.

According to Google Maps, Glasgow is 33 miles away from Bowling Green.

As reported, in the hours before Keri died, Torres-Rangel was at Rancho La Herradura, a venue in Bell Buckle for Mexican rodeos and horse races, where he allegedly got intoxicated.

At least three Bedford County commissioners said last year they were concerned about what they called alleged instances of drug deals, prostitution, gambling, and human trafficking there. One of those commissioners alerted the U.S. Immigration and Customs Enforcement.

As reported earlier this year, King’s family, including Blackwell and her brother William King have filed a lawsuit against several defendants affiliated with Rancho La Herradura. The lawsuit seeks nearly $23 million in damages.

The lawsuit says these individuals operated a nuisance “by permitting, encouraging, and profiting from illegal gambling, and drunkenness.” The document goes on to say they conducted business “for the purposes of illegal gambling, public intoxication, drunkenness, and the natural and foreseeable result of their operation, driving under the influence of alcohol on the streets and highways,” prohibited by Tennessee law.

After the accident, Heritage Medical Center charged King’s family $35,354 for emergency medical services in an effort to save Keri’s life.

King’s family is suing the defendants for wrongful death, loss of the pecuniary value of the life of Keri King, conscious pain and suffering of Keri King, and funeral expenses.

When asked, Blackwell said Monday she had no update on the status of the lawsuit.

Our attempts to reach Rancho La Herradura by phone Monday were unsuccessful.

Meanwhile, Keri’s aunt, Brenda Ayers, also of Bedford County, said her niece “had a million friends who loved her.”

“There were over 1,000 people who came to her visitation when she passed away,” Ayers said.

“It goes to show you what a wonderful person she was.”

Authorities are offering a reward of up to $5,000 for information leading to Torres-Rangel’s arrest. They encourage anyone with information to call 1-800-TBI-FIND.