Candi Carpenter was born into a Gospel band family. The band was around before she was born so she thought everyone’s family had a band.  She explained, “when you were born, you became a band member.”  Her grandpa played the steel guitar and “he had perfect pitch and excellent taste in music.” Even though her parents did gospel, her grandpa played the more “secular” music. As a teen, she really got into country radio. 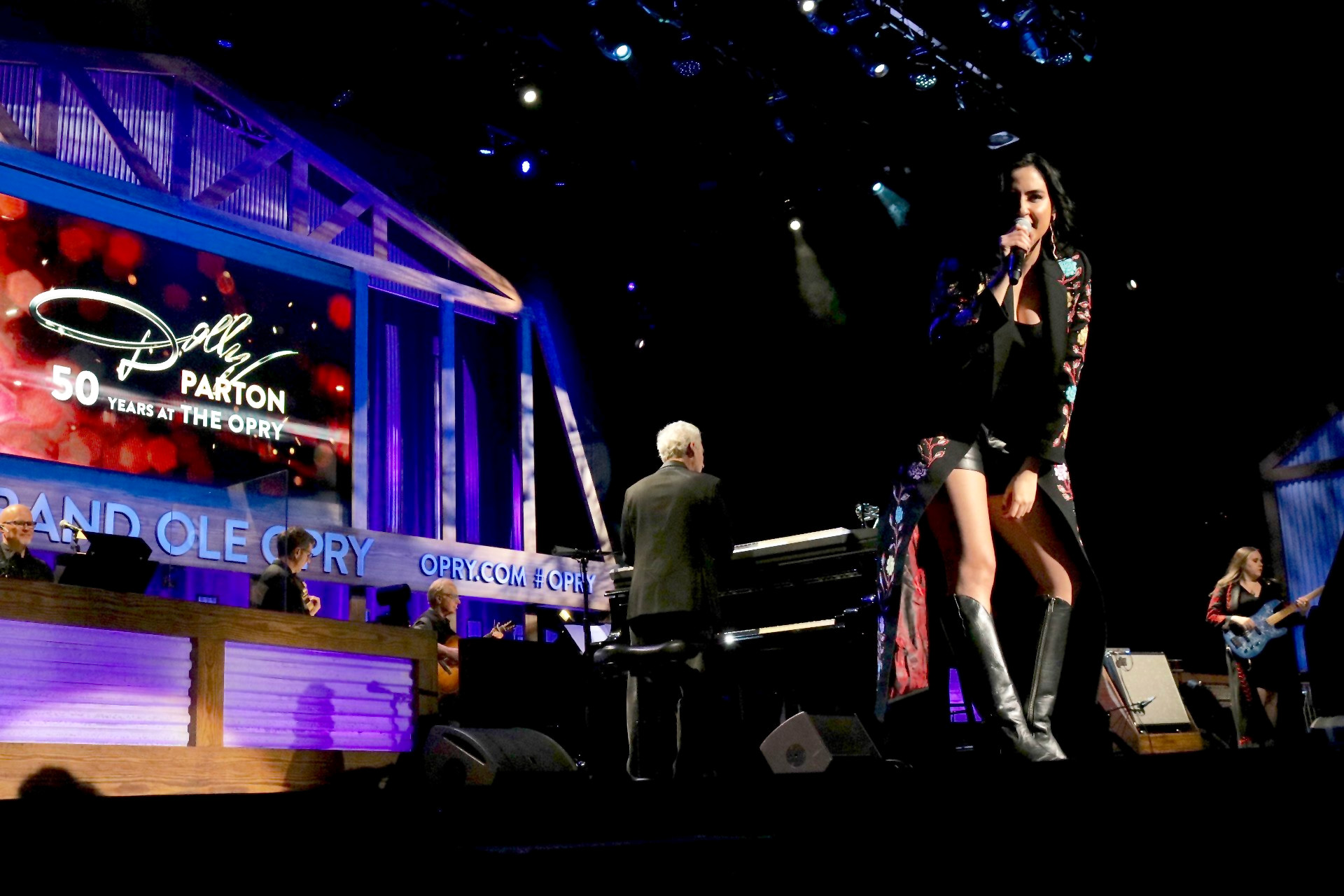 She got her first record deal at age 11. She explained, “My family made a lot of trips to Tennessee for vacation.  Whenever we’d come down here, I’d find a telephone book and I would sit and call record labels and ask them if I could come in and sing for them and meet with them. They never returned my call.  Then we found a book at the Ernest Tubb Record shop about how to make it in the music industry.” They found the name of a producer in the book and called him and he agreed to produce my first EP.  “I was very eager to get started in the industry.”

One of the things that Carpenter is known for is her amazing yodeling skills. She states she loved group Riders in the Sky and bought their CD along with a book called, Learn to Yodel the Cowboy Way. “I practiced all summer when I was nine years old and drove my parents crazy.”

When she was 14 years old, her mom and dad met a woman who said she wanted to be my manager. At 15, Carpenter moved to Nashville where unbeknownst to her family, the next few years would be spent in an abusive situation where she was fearful every day. “I lived in a room at the Shoney’s Inn with her and every night I would play the honky-tonks on Broadway until two or three in the morning.” She had been taken out of school so she could perform nightly. 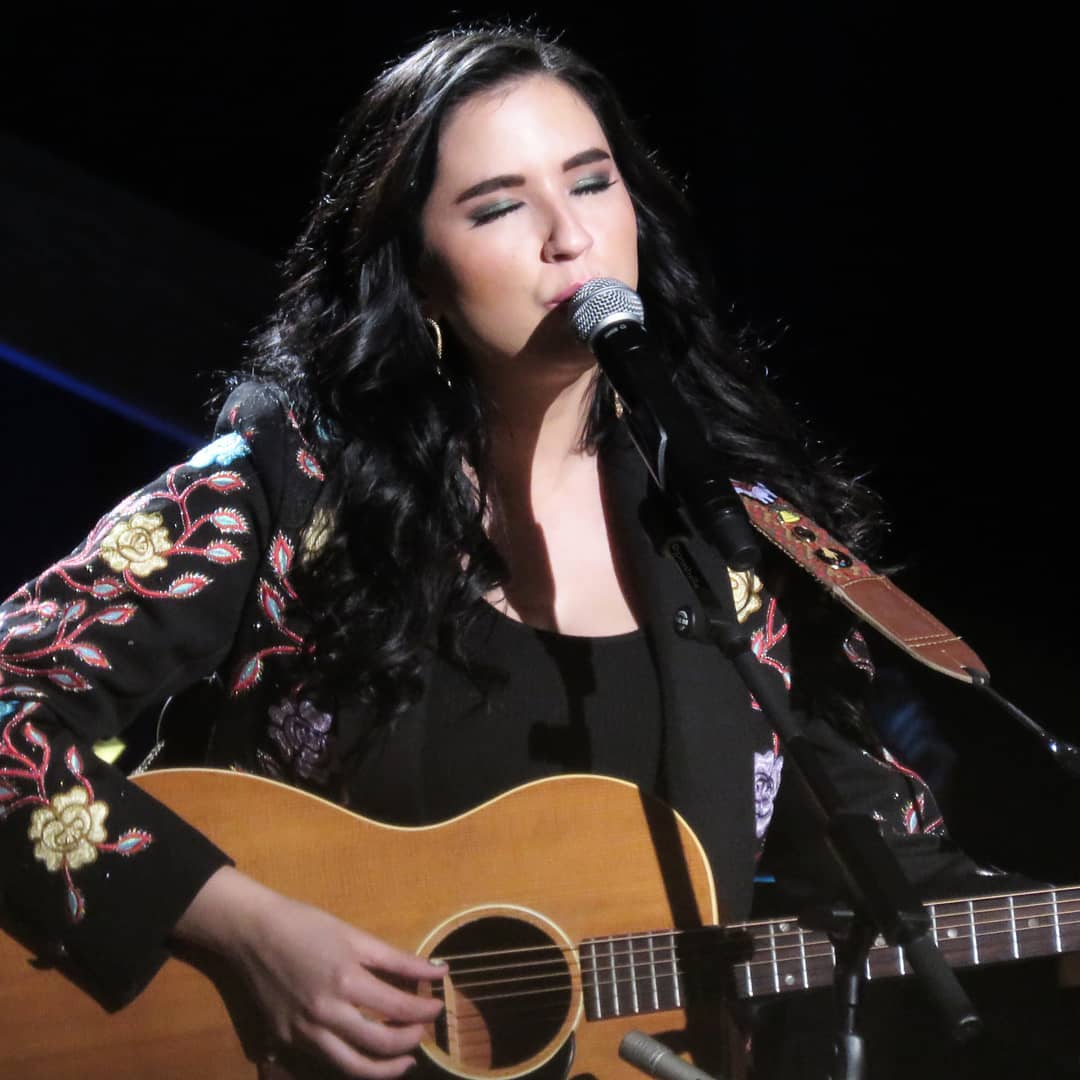 When Carpenter was 16, her manager met the aging Grand Ole Opry Star, Jack Greene (aka the Jolly Greene Giant for those of you who watched the Ken Burns documentary) who at that time had Alzheimer’s. “She moved him into the apartment we were renting and by the time I was 17, we all lived in a house together.” Because Jack was struggling with his memory, he could only perform about 30 minutes worth of material so Carpenter performed the other half of the hour of his show for him. “The plus side was that I got to learn from Jack who was one of the greatest vocalists of all time and toured alongside country legends like Loretta Lynn, Bill Anderson, and Jean Shepard. It was an incredible learning experience.”  However, off stage, Jack and Carpenter both were severely mistreated.  She could only make supervised calls back home so her parents were unaware of how bad everything was.

Carpenter got married at age 20 to get away from this terrible situation. Unfortunately, as she said, “It going from the frying pan into the fire.” It was another five years of unhappiness.

“I am thankful for all of it now because I want to use my platform and my music to help people.  I wouldn’t feel qualified to do that if I hadn’t been through so much and come out of it on the other side.”  She continued, “I’m not ashamed to talk about what happened to me and I never want to feel like I have to keep it a secret because part of healing goes from being open and honest and sharing your struggles with others so they know they are not alone.”

Fortunately and unfortunately, the best songwriting is born out of heartache. Carpenter agrees and she says, “It is because we all have secret pain. I want to make it my mission to give people the freedom to not keep it a secret.” This is exactly why Dolly called her “One of the greatest writers and singers on the planet.”

She cleaned houses and worked three jobs to pay for demos and groceries, until signing with renowned CTK Management in 2014 who also manages Dolly Parton, Kenny G, and Meatloaf to name a few.

I told her that she channeled her inner Patsy Cline in the song “Cry Baby” while her disastrous marriage provided the fuel she needed to write/sing the notorious cheating song, “Burn the Bed.”

Since then she has written with many others including four of the therapeutic songs in Kalie Shorr’s recently released Open Book album.

However, produced by the brilliant Brandi Carlile, her current single, “The Astronaut,” may be the most reflective and healing song she has written to date. It truly is out of the world and we can’t wait to hear the rest of the EP when it comes out.

Curiously, with all her times she attended and sang at the Grand Ole’ Opry accompanying others, she never had her own Opry debut until this year, July 12, 2019.  Then again on October 12, 2019, for Dolly’s 50th Opry Anniversary she got to perform again where she told me that Dolly did her make up. The celebration was filmed and will air on NBC on November 26 and Carpenter debuted her newest single, “The Astronaut” and she will be featured on NBC singing a Dolly favorite “Little Sparrow.”

Carpenter is currently working on her latest EP with Brandi Carlile and continues to sing with the Song Suffragettes at Nashville’s Listening Room. Once the world sees her perform on Dolly’s 50th Opry Anniversary on November 26, she will become Country Music’s newest princess. Candi Carpenter is a real-life Cinderella story. However, this time, Cinderella saves herself in the end.