Kelsey Ketron pleaded not guilty in Rutherford Monday to multiple charges related to fraud and her father’s business known as Universal International Insurance.

Her father, Rutherford County Mayor Bill Ketron was also in court, according to various news outlets.

No one at Universal International Insurance returned The Tennessee Star’s requests for comment Monday. Members of the District Attorney General’s Office for Rutherford County declined comment. 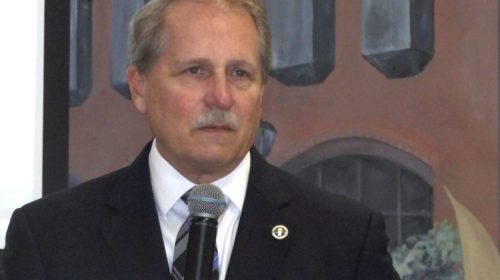 Ashley McDonald, spokeswoman for Bill Ketron, in his capacity as county mayor, said in an email the case “is unrelated county business” and she would not make a statement.

“Although I am not obligated to share the official statement from the Ketrons’ attorney, I have provided it below as a courtesy,” McDonald said, before she posted the attorney’s comment.

“As previously stated, we will not try this case in the media but will instead vigorously defend our clients in the judicial process. To be clear, as stated in court, Mayor Bill Ketron has not been charged or implicated in these indictments and was present as a representative of the company and a father.”

According to the Nashville-based WKRN, Kelsey Ketron “faces more than 70 counts against her, including 30 counts of impersonation of a licensed professional, 14 counts of money laundering, 12 counts of aggravated perjury and 8 counts of fraudulent insurance acts.”

According to Monday’s Murfreesboro Post, County Commissioner Robert Stevens called for Bill Ketron to take a leave of absence as mayor and chairman of the commission while the legal issues are ongoing.

As The Tennessee Star reported in July, Kelsey Ketron resigned as a member of the Tennessee Republican Party Executive Committee while in her second term representing District 13 on the committee.

Kelsey Ketron served as vice president of Universal International Insurance agency where her father owns the agency and is its president.

Clients allegedly paid Kelsey Ketron for insurance policies, but they never got the coverage for which they paid.

Bill Ketron said at the time his daughter had taken a leave of absence from running the insurance company.

One Thought to “Kelsey Ketron Pleads Not Guilty in Rutherford County”