NASHVILLE — Nashville resident Brenda Butka believes U.S. Republican President Donald Trump committed a crime in office, and she also believes members of the U.S. House of Representatives have a duty to impeach him this week.

But The Tennessee Star asked Butka if she believes Republicans are correct when they say the case against the president is built on hearsay. 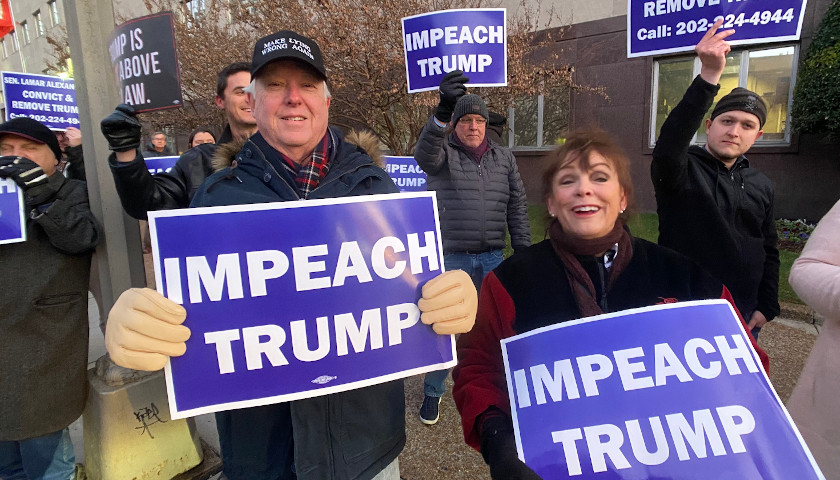 Hearsay is otherwise known as relying on information from other people. Another way to define it is as information no one can substantiate.

Butka said no. To make her case, Butka relied on information from…other people.

“I know some lawyers. All the lawyers I know say the accusations (against Trump) are perfectly provable,” Butka said.

“I’m not a lawyer, but these accusations certainly meet the legal standards for proof.”

Butka was one of hundreds of people who held protest signs and demonstrated against Trump outside the Estes Kefauver Federal Building and Courthouse Tuesday. She and other protestors gave a variety of reasons why they want Trump removed from office — mostly due to policy disagreements.

One man, Gerald Hoffman of Nashville, said the retiring U.S. Republican Sen. Lamar Alexander could vote to convict Trump  if and when the matter heads to the U.S. Senate.

“Our senator (Alexander) is someone who is retiring who has an ethical bone in his body,” Hoffman said.

“I’m sure all of us will pressure him before he goes out. Out of all the people there, he is not someone Trump will hold hostage because he’s not running again.” 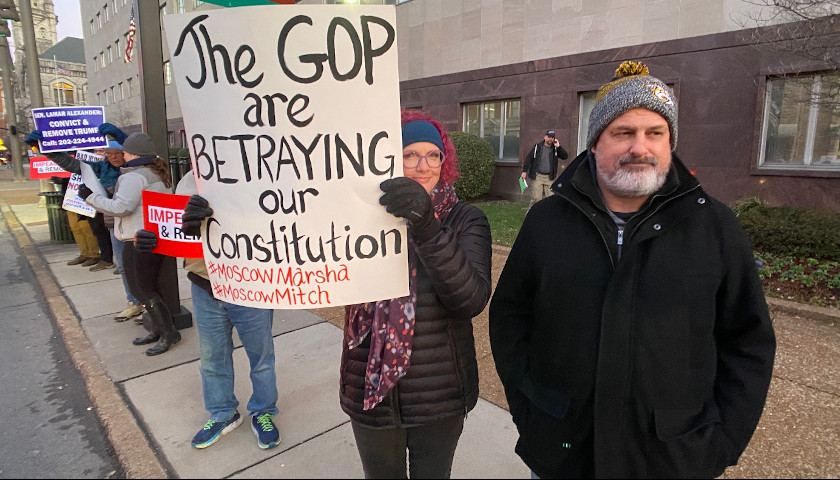 Alan Bachrach of Nashville said Trump deserves impeachment because he (allegedly) threatened to remove funds from Ukraine. But Bachrach also said Trump is “cruel and selfish and we need to get rid of him” because of how he has treated immigrants at the U.S.-Mexico border.

“There are a lot of reasons to get rid of this guy, but if we get rid of him on the basis of withholding funds then I’m thrilled to death,” Bachrach said.

“Trump is up for two very narrow charges, but look at the people he has put in office,” Sloatman told The Star.

“Look at all the crooks taking us back to the Dark Ages, and the Republicans are sitting there going ‘Yeah, yeah, yeah,’ because they are getting money in their wallets.”

Butka said “it’s revolting it is to have an administration that tells scientists they cannot say the words ‘climate change.’”

As reported earlier this month, George Washington University Law School professor Jonathan Turley, who does not support Trump, warned impeachment would create a dangerous precedent and further divide the country.

When told this, Hoffman compared the United States to a victim of domestic violence.

“Saying it’s rough on the country is like telling a battered wife that divorce is hard and it will tear the family apart,” Hoffman said.

Tuesday’s other protestors said the country is already divided.

They said they believe impeachment is proper and just — before they went off subject and described, yet again, what they dislike about Trump’s foreign and domestic policies.