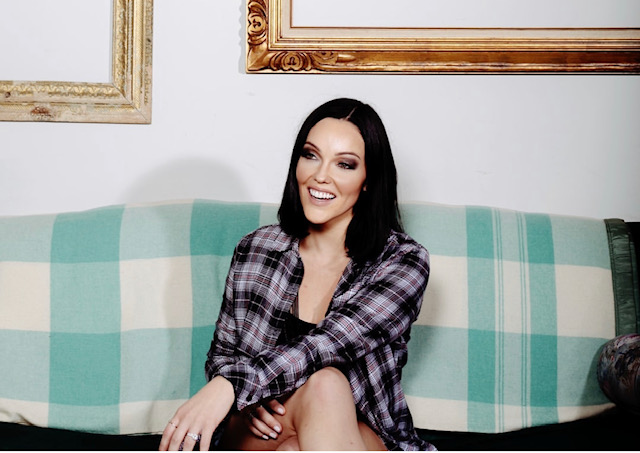 Even though her mom could play piano, no one in her family would have been considered musical. Heidi said started singing after she got a Fisher-Price voice recorder when she was about two-years-old.

“Once I had that thing, I just started making up songs and singing. My mom let me sing in church and I did my first solo when I was three-years-old.” Heidi continued, “Once that happened, that created a monster and once I got a feel for being on stage and holding a microphone and having a crowd give me attention and that was it.”

Even as young as age five, Heidi toured and participated in performing arts programs and competitions like the Gideon Song Fest. She started taking piano at age 5. Eventually, she landed the lead role in Annie when she was twelve. Initially, she was torn between pursuing musical theater in New York City or country music in Nashville. “I like the combination of being able to use music, dance and acting all together.” In her late teens, she started writing songs and the pull to country music became stronger.

However, in her senior year in high school, she received a scholarship to attend University of Northern British Columbia (UNBC), which did not have a music or arts program, and that meant putting her move to Nashville on hold. Her parents said, “We believe in and we think you are going to be a big star, but you can’t throw away this scholarship.” She toughed out the 4 years of school to get her nursing degree, all while writing, touring, and making trips to Nashville. She said she often ended up singing to her patients. She spent her time out of class going back and forth to Nashville, even making a CD, but she never officially moved to Nashville until she got her degree in the mail in 2010 showing that she was an RN.

When she first moved to Nashville, Heidi was just “slinging songs” not really making any money which made it quite difficult to get a work visa. When she first moved to Nashville, she wanted to work so badly there were times when she would play three different venues a night. She never did perform in the cover bands like they have on Lower Broadway, but she was a regular at the writer’s rounds at places like the Commodore Grill, Nashville Palace and the Hotel Indigo. 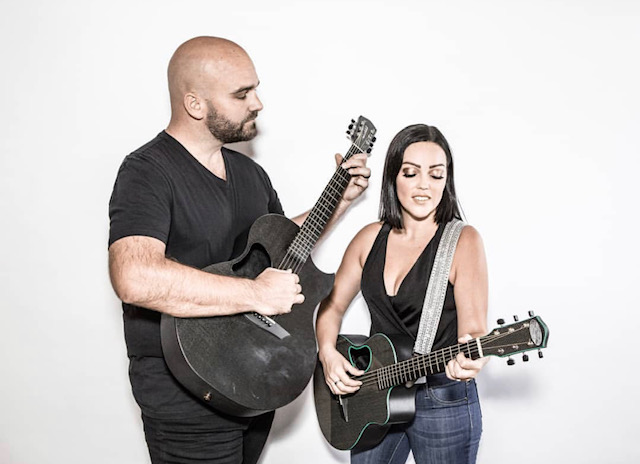 Although Heidi Raye has independently recorded several CDs and EPs on her own, she got a management and publishing deal with Erv Woolsey and worked there until 2014. After that, she went nearly 18 months without a deal until she signed with Harlon Howard Songs whereas a staff writer she has written over 200 songs for Music Row veterans like Craig Wiseman, Liz Rose, Paul Overstreet, and Stephony Smith, to name a few.

Her debut EP, “Worth A Shot” (2017), was produced by Grammy award-winning producer Chuck Ainlay, and the title track and debut single reached the Top 45 on the Music Row charts. Over the years, this songstress has graced the stage with country legends Kenny Chesney, Randy Travis, Jason Aldean, Reba McEntire and Martina McBride.

Her sophomore EP “Blame It OnThe Radio” proves that this Canadian born songstress’ upbringings are straight out of a country song. However, one of my favorite songs that Heidi Raye wrote with Roxie Dean is a holiday tune, “I’m Going to Wish You a Merry Christmas” where she takes a somewhat rebellious stand by wishing others a “Merry Christmas” rather than deferring to the more politically correct “Happy Holidays.”

Her newest single, “Drunk Girls in Bathroom Lines” was written with a younger audience in mind but Heidi explains, “I’ve had multiple women older than 40 or 50 stating that they could relate to that song even more than the young girls.” This song is truly about girls supporting each other.

Currently, Raye is touring with singer/songwriter husband, Johnny Bulford throughout North America. Bulford and Raye started “Johnny and Heidi’s Writers Round”; a tour with multiple guest artists and songwriters. Heidi states that 75% of the songs she has written recently have been written with Johnny. “Sometimes you can have the best friend in the world and you go to write songs with them and you don’t click…but Johnny and I just lucked out.”

Johnny and Heidi are currently featured on Microsoft’s mixer.com (yet another streaming service taking the place of terrestrial radio) as Johnny and Heidi.

If you think that being Canadian, you cannot truly be a country musician, you are dead wrong. Come over and sit a spell and listen to Heidi’s Raye’s music. With songs like “Lay Me On Down,” “Sweat” and “Junkyard,” you’ll find out she’s as country as they come.